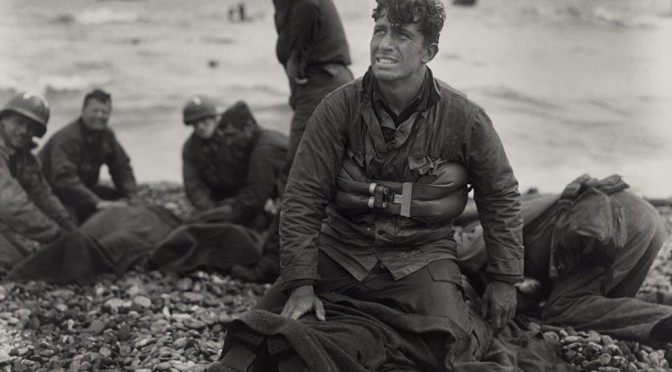 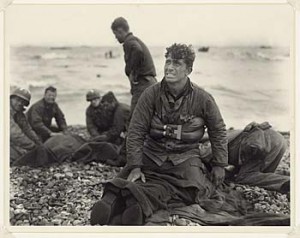 A few weeks ago I was at a conference in Portsmouth, United Kingdom, assessing the historical, contemporary, and future relationship between the Royal Navy and the nation. Amongst the discussions that took place was one chaired by the former First Sea Lord concerning the issue of construction and procurement, in particular the ability of Britain’s shipbuilding industry to meet the requirements of the RN and at what cost. The UK still produces some of the most technologically sophisticated warships and weapons systems in the world, as the Type-45 destroyers are testament to. Yet, they increasingly come at a premium at odds with the current weak state of the country’s economy and an austere government that has instigated huge cuts to its armed forces, particularly its navy, following 2010’s Strategic Defence and Security Review (SDSR). The rationalisation of Britain’s defence industry from decades of mergers and takeovers and the rise of monopolistic monoliths like BAE Systems do not help, with a lack of domestic competition for national defence contracts that might otherwise lower prices. Still, a major issue lies in the decreasing numbers and frequency of warship orders, and the higher cost per unit this inevitably produces. We’ve already seen Britain outsourcing certain shipbuilding capabilities, with four new Royal Fleet Auxiliary tankers ordered from South Korea in February of this year, and it now seems unlikely that another tanker will be produced in the UK again for the RFA, at least in the short to medium-term future, as those skills are lost from its workforce. The question is where Britain draws the line. Does the UK and RN need to make a firm decision as to what industrial capacity it should safeguard in its national strategic interest, such as nuclear submarine construction, and what could be procured from overseas without loosing too much operational capability? Smaller patrol craft and minesweepers perhaps? To do so could produce a more affordable, sustainable navy, and abate the continuous reduction in numbers.

As a historian who studies the post-Second World War development of colonial naval forces into sovereign Commonwealth navies, this issue to me highlights a fascinating shift in strategic-economic relations that raises questions and concerns in areas of geopolitical uncertainty. For several decades, the vast majority of the world’s arms, particularly more technologically-sophisticated warships, came from the same small group of producers located in the traditional ‘First World’. The underdeveloped industries of post-colonial countries, a hangover from imperial policies to turn colonial economies into primarily suppliers of raw materials for the metropole’s industry, meant that they were often continuingly dependent on the former ‘imperial motherland’ to supply them with equipment for their nascent armed forces, subsidised by development aid packages. This was particularly the case in countries that didn’t wish to align themselves in the bi-polar international system of the Cold War, such as initially India. Countries like Britain derived not only economic benefits from such a relationship, including offloading its outdated and surplus warships, but political and strategic ones too from being able to shape the composition and capabilities of such beneficiaries to complement its own designs for ‘Commonwealth Defence’. India recognised the undesirableness of such a situation, and has made a concerted effort to overhaul its shipbuilding industry over the last fifty years, embarking upon ambitious indigenous construction programmes, including recently Shivalik-class stealth frigates and Vikrant-class aircraft carriers. Other formerly ‘developing’ countries, most notably China, also now have impressive manufacturing capabilities. With that comes opportunities for export, and as the industrial capacity of established producers in the West declines and is surpassed by the more-competitive emerging economies of the East, new defence agreements will be forged between untraditional partners. The link between economic and politico-strategic influence is intrinsic, and as countries such as Britain were once able to use naval procurement as leverage and a way of furthering their own interests, new producers such as China and India can be expected to do the same. This could lead to the creation of new strategic alliances and increased uncertainty in regions of escalating maritime tension and instability, with potentially frightening consequences for all.

The panel debate last month at the Center for Naval Policy on U.S. strategy in the Asia Pacific helped start a discussion on potential strategies and the tools each would require. I served up my initial thoughts here.

As I noted, one of the difficulties in balancing the ends, ways, and means in any strategy designed to win an armed conflict is that the tools to win are not necessarily those that can help prevent the conflict from erupting in the first place, or to keep a conflict from escalating.

As many have remarked, neither the U.S. nor China would benefit from a protracted conflict between the two powerhouses. The 50-year stand-off between the U.S. and U.S.S.R. that preceded it had its own cold logic of prevention derived from the balance of nuclear first- and second-strike capabilities. MAD, or Mutual Assured Destruction as the calculus was known, did two things. First, it helped prevent direct conflict between the two belligerents, knowing that unchecked escalation could lead to a war of unlimited aims and means, and ultimately mutual destruction. For this reason both sides took great pains to disguise active participation of their combatants in hostilities against the other, such as Russians in the Korean War. Second, if direct violence ever did flare between the two, MAD was there to act as a check to prevent it from becoming a war of unlimited means – to keep the conflict “conventional.”

In many ways a similar check acts to keep sabre-rattling from becoming sabre-thrusting due to the intertwined interests of the U.S. and China. In this arrangement, the devastation swiftly wrought by a conflict would be economic, and the blast-radius global. So, in an effort to coin a term that I’m sure will become widely used, I give you Mutual Economic Obliteration – Worldwide, or MEOW.

Yet an oft-repeated fact is that the unprecedented levels of economic interdependence in Europe prior to World War I could not prevent that war’s outbreak. So it is today. Economics and rationality maximizing polices of nations can certainly help, but can not alone prevent a conflict in the event of a range of scenarios driven by nationalist passions, the self-interests of individuals, or just plain accident.

An Ounce of Prevention

So how can the U.S. aid prevention in these cases? Nothing can completely eliminate the possibility of armed conflict, thus even the most pacifist of prudent nations retain militaries and self-defense forces, but there are steps available beyond economic co-dependence. These can be categorized as those steps taken to sow respect (often involving means useful in the event prevention fails) and those taken to enhance familiarity. I will explore some of the options available in the next post, but by no means have all of the answers. In an environment of fiscal restraint and a time of hard budgeting choices we can’t lose focus on the importance of trying to prevent conflicts as much as we prepare to win them. Financial resources, time, and creative energies are needed for both equally important endeavors.

With so much to read in the naval blogosphere this week, don’t forget about Navy Warfare Development Command’s Junior Leader Innovation Symposium. The event is this Wednesday, and all the other details are here. Importantly, you don’t have to be in Hampton Roads to attend – you can also do so virtually via Defense Connect Online.

Events such as these provide an opportunity to network with like-minded officers and Sailors and build the intellectual and social capital to advance the art and science of naval warfare, particularly at the operational and tactical level. The author of a recent USNI Blog post on tactics, LT Rob McFall, will be there as will many other important people. Don’t miss this opportunity!

If you can’t make it, I will definitely be writing up some thoughts in a post later this week.