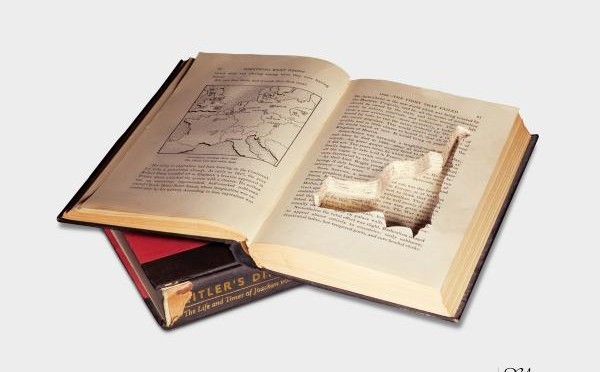 A law is the system of rules that a particular country or community recognizes as regulating the actions of its members and may enforce by the imposition of penalties. The key word being enforce. If someone asks, “Why shouldn’t you exceed the speed limit?” will the most likely answer be “because it is against the law,” or will it be “because if you get caught you will have to pay a speeding ticket”?

We can romanticize laws and say they come from a unified moral feeling of right and wrong, but they do not. The truth is, laws come from power. It is not enough that a governing body makes a rule and tells everyone to follow it. All laws ultimately come down to the issue of enforcement. Any authority can say something is a law, but if they cannot enforce it, it becomes meaningless. The legalization of marijuana within the states of Colorado and Washington is a good example. Marijuana is illegal within the United States under the Controlled Substance Acts of 1970, but in 2012 the states of Colorado and Washington legalized marijuana. How can individual states within the U.S. passing state-level legislation countermand federal law? The answer is simply, they cannot. Marijuana is still illegal by federal law within Colorado and Washington, but the federal government of the U.S. either does not have the means or the will to enforce it, so it effectively becomes legal.

The United Nations was created in 1945 to maintain peace and international security. Since its creation, it has been viewed by most of the world as the creator, maintainer, and enforcer of international law. The 2003 invasion of Iraq and 2014 annexation of Crimea by Russia are two events in recent history in which many have very different opinions. Multiple positions have thrown around the terms “in violation of international law” and “in accordance with international law” repeatedly.

Those who oppose the war have repeatedly made the argument that the 2003 invasion of Iraq was in violation of Article 2 sect. 4 of the UN charter, “all members shall refrain in their international relations from the threat or use of force against the territorial integrity or political independence of any state.” There is also a valid argument that UN Security Council Resolution 1441, which passed the Security Council unanimously as Iraq’s “final opportunity to comply with its disarmament obligations,” was enough to authorize a UN member to take military action. Along similar lines, some argue that Russia violated the territorial integrity of Ukraine, while others claim that actions in Crimea are a domestic issues under Article 2 sect. 7 of the UN Charter where “nothing contained in the present Charter shall authorize the United Nations to intervene in matters which are essentially within the domestic jurisdiction of any state.” The Crimean people voted to secede from Ukraine and then requested to join Russia.

The legal definitions will be debated for both cases for years to come, but this is not important. What is more relevant to ask is, does it matter? Anyone can say the actions taken in Iraq or Ukraine were against international law, but if no one has the means and will to enforce it, then it is meaningless. Condemn all you want, show deep concern, and say there will be consequences, but talk is cheap. Power and action are expensive.

When the UN was formed, it consisted of 51 members. There were approximately 76 internationally recognized independent nations at this time. If the other approximately 25 nations created a different organization counter to the UN and passed their own conflicting laws to what was laid out by the UN charter, would those laws have been any less real? Absolutely! At the point of its creation the UN contained the most powerful nations in the world, so when it said in Article 2 sect. 6 that “the Organization shall ensure that states which are not Members of the United Nations act in accordance with these Principles,” it meant business because the UN had the power to back it up.

Laws ultimately come down to the issue of enforcement, and the ability to enforce comes from having adequate power. Arguing what is contrary to and in accordance with international law means absolutely nothing if there are not meaningful consequences for nation’s actions. Claims without the ability to enforce are rhetoric, nothing more.

2 thoughts on “Law from Power”