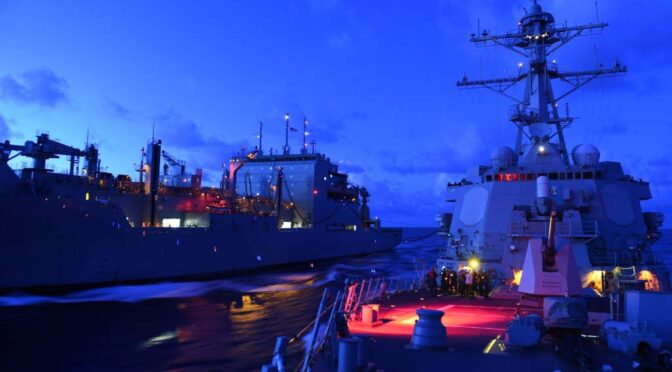 Strategic sealift week is now underway. For the next two weeks, CIMSEC will be featuring writing sent in response to our call for articles on strategic sealift, issued in partnership with U.S. Transportation Command (USTRANSCOM). The command conducts globally integrated mobility operations, leads the broader Joint Deployment and Distribution Enterprise, and provides enabling capabilities in order to project and sustain the Joint Force in support of national objectives.

Strategic sealift is a critical foundation upon which U.S. military power rests. As a maritime nation separated from most of the world by vast oceans, any robust and sustained projection of U.S. military power must ride upon the sealift fleet. But as the sealift fleet ages and great power competition intensifies, the fleet is being increasingly stressed as it is becoming ever more indispensable.

Below are the articles and authors featuring during the topic week. This listing will be updated with further submissions as Strategic Sealift week unfolds.