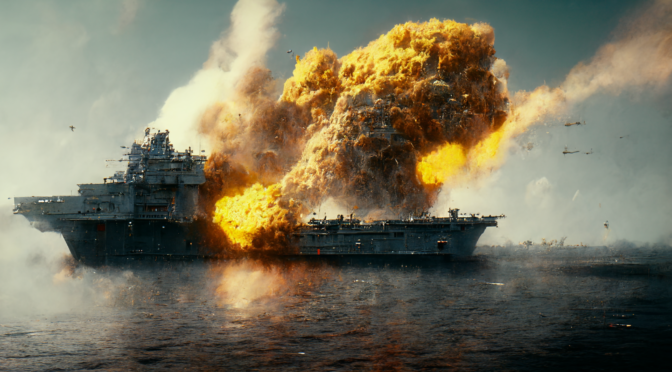 Fiction Contest Week is finally here! For the next two weeks, CIMSEC will run the top stories submitted in response to our Short Story Fiction Contest, launched in partnership with the U.S. Naval Institute for the third consecutive year.

The top 3 winning stories will be jointly featured by the U.S. Naval Institute’s Proceedings and CIMSEC. Additionally, the top 10 stories that advanced to the final round of judging will be featured in CIMSEC’s Fiction Contest Week.

These exciting and thoughtful stories explore the future of maritime security and war at sea. Nascent threats, tactics, and technologies are ingeniously envisioned and applied, with often unexpected scenarios and outcomes. Through these stories we can peer into future challenges and explore how the unthinkable may unfold.

These top 10 stories are listed below, and are not necessarily listed in the order they placed or will appear. Stay tuned to the very end to find out who won! 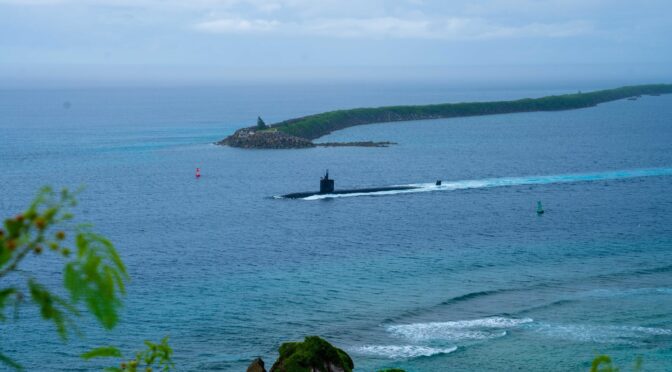 Last week CIMSEC ran a special series of short notes to commemorate the first anniversary of the Warfighting Flotilla. In the Flotilla, warfighters and navalists come together to discuss naval warfighting, force development, and the naval profession. Over the course of its first year, this new naval professional society grew to more than 300 members and hosted dozens of virtual discussions on naval force development. Visit the Flotilla homepage to join our growing membership and learn more about this community, its activities, and what drives it.

Flotilla members submitted their thoughts on how to improve naval tactical learning and force development. From wargaming courses to enhanced combat training, these recommendations can help navalists and warfighters define opportunities to improve tactical excellence.

We thank these authors for their contributions, listed below.

“The Navy Must Redefine Risk in Combat Training,” by Tom Clarity

“It is easy to put safety measures in place to prevent slips and falls, or to limit the minimum lateral separation of two aircraft at the merge. It is far harder to consider what risks are additive to the Navy’s overall warfighting readiness, but it is a crucial source of developing warfighting advantage.”

“The Cost of Delaying Wartime Tactical Adaptation,” by Jamie McGrath

“To rapidly assess and implement tactical adaptation based on combat lessons, the Navy must prioritize staffing its warfighting development centers in wartime, even if it means leaving some shipboard billets unfilled. Failure to rapidly capture, disseminate, and assess lessons from early combat will result in costly losses to our surface force before we can adjust to the character of the current war.”

“When a team trains like a team and looks like a team, the energy really resonates with Sailors. Combat is a team sport. Train your Sailors with a stopwatch, and coach them toward a goal of flawless execution at speed. Train them day or night, rested or tired, so that their muscle memory carries them through in the confusion and terror of an actual sea fight.”

“Bring Back the Warfighting Flash Cards,” by Alan Cummings

“Like any learning resource, these flash cards are a tool—one that offers deckplate leaders a tangible and flexible way to cultivate warfighting mindset and know-how. It will depend on unit commanders and their subordinate leaders to make use of it.”

“A culture of constant learning according to the practicing naval tacticians’ own analysis of necessity of deeper research, learning, and exploration of the aspects of warfare will naturally lead to a stronger understanding and application of tactics as a whole in the Navy.”

“Developing Technical and Tactical Skill for Warfighters,” by Ed Kaufmann

“If one does not know how a weapon system or a sensor functions technically, then they may not be able to employ it tactically. Once a warfighter has a grasp of how the underlying technology works, they can use that technical know-how to craft tactical solutions for the threat environment they are operating within.”

“The Navy badly needs for the Naval War College command and staff course to become a year-long classified wargame-centric warfighting course. In such a course students would gain a fleet-level perspective on tactics and be able to link them to operational art and strategy.”

“Invest in Tactical Shiphandling for Crisis and Combat,” by Chris Rielage and Spike Dearing

“As navies invest in more modern and detailed bridge simulators to train Rules of the Road, they should also invest resources to train junior officers on tactical shiphandling. We operate warships, not merchant ships; our measure of effectiveness is not timely deliveries or fuel efficiency, but how effectively we deter or win wars at sea. Our introductory shiphandling courses should reflect that focus.”

Dmitry Filipoff is CIMSEC’s Director of Online Content and Community Manager of the Flotilla. Contact him at Content@cimsec.org. 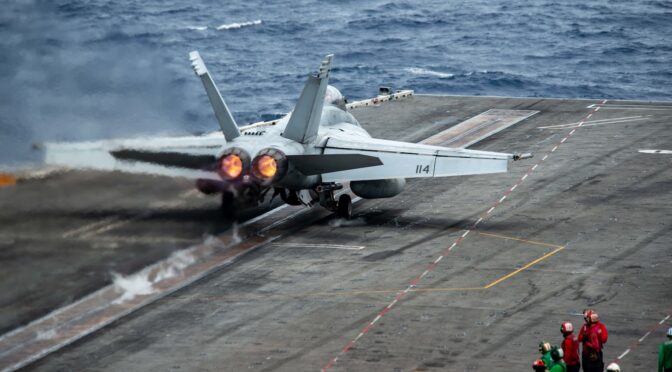 A year ago CIMSEC launched an expansive new initiative – the Warfighting Flotilla. In the Flotilla, warfighters and navalists come together to discuss naval warfighting, force development, and the naval profession. Over the course of the following year, this new naval professional society grew to more than 300 members and hosted dozens of virtual discussions on naval force development. Visit the Flotilla homepage to join our growing membership and learn more about this community, its activities, and what drives it.

To celebrate the first anniversary of the CIMSEC Flotilla, we posed the following prompt to our membership:

What are your thoughts on what navies can do to improve tactical learning? How can navies do more to create skilled tacticians, advance tactical development, and prioritize warfighting needs above all else?

This week CIMSEC is running a special series of short notes and responses from Flotilla members that address these questions. We thank these authors for their contributions, listed below.

Dmitry Filipoff is CIMSEC’s Director of Online Content and Community Manager of the Flotilla. Contact him at Content@cimsec.org.

In November the CIMSEC Warfighting Flotilla will discuss the implications of fleet-level warfare for the U.S. Navy and the viability of autonomous warships. If you haven’t already, sign up through the form below to become a Flotilla member and receive the invites to our upcoming off-the-record November discussions. The listings for these upcoming discussions are featured down below.

And make sure to check out this week’s special series of Flotilla Tactical Notes to commemorate the 1-year anniversary of our organization!

In October, the Flotilla discussed the state of the Navy’s Information Warfare Community, managing information superiority through TACSIT practices, and revamping professional military education. These candid conversations produced interesting insights on the state and trajectory of the Navy’s force development while promoting connections between the participating navalists and warfighters.

The Navy combined its various information-focused communities into the overarching Information Warfare Community more than a decade ago. The extent to which this reorganization has enhanced the effectiveness of Navy information warfare as a whole and the information communities individually remains open to debate. How has this community construct enhanced the information warfare capability of the Navy? Has the IW community come into its own as a more effective institutional player that can advocate for IW needs? Join us to discuss these questions and more as we consider the state of the Navy’s IW community.

Forces must deny information to the adversary while securing it for themselves. For the U.S. Navy, the “tactical situation” or TACSIT framework helps operators understand the scope of their situational awareness and that of the adversary’s. How can naval forces better manage information and signatures to reduce their exposure while still securing similar information about an adversary? How can operating practices and force development improve TACSIT awareness and potential? Join us to discuss these questions and more as we consider methods of information superiority in naval warfighting and operations.

Professional military education serves a critical function in educating warfighters and broadening their understanding. Yet PME must be flexible to meet the demands of changing times, and it must be valued and incentivized by promotion practices. How can the naval services improve PME to enhance the knowledge and understanding of warfighters? How can the services reform PME to be more relevant to great power threats and demands? Join us to discuss these questions as we debate how to improve professional military education.