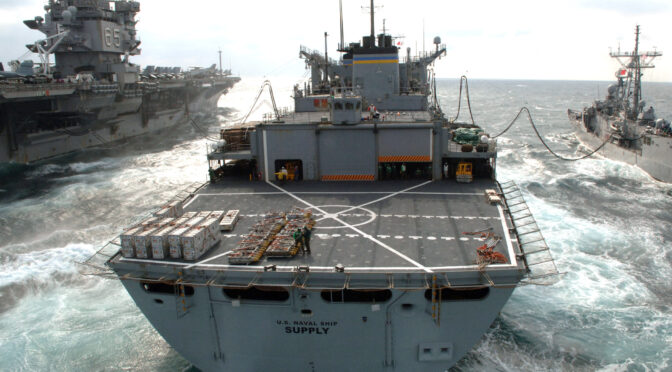 The Department of Defense (DoD) has focused heavily on modernization and its associated concept, innovation. Emblematic of the enthusiasm for change is the strategic approach memorandum published last year by Air Force Chief of Staff General C.Q. Brown, titled “Accelerate Change or Lose.”1 Each of the services has ambitious acquisition programs in place intended to radically change their force structures by adding new, advanced capabilities. These vary from long-range precision fires and hypersonic missiles to sixth generation fighters, a new generation of attack submarines, and a new large surface combatant. While many of these programs and plans predate the November election, the evidence to date suggests that the Biden Administration plans to continue supporting the Pentagon’s drive for modernization and new operating concepts.

The drive to acquire new platforms and weapons systems is understandable. For the first time in 75 years, the United States faces the prospect of having to contend with not just one but two great power competitors, both of whom are investing heavily in advanced capabilities. However, the intense focus on acquiring new and better combat capabilities with which to establish overmatch vis-à-vis emerging high-end competitors may have hampered Pentagon leadership from recognizing the fact that without sufficient strategic sealift, many modernization efforts may be for naught.

It is difficult to overstate the dependence of the U.S. military on strategic sealift to both reach the fight and sustain itself during a crisis or conflict. Personnel and some critical equipment and supplies can be moved by aircraft. But for any major deployment overseas, much less a high-end conflict, the U.S. military is and will remain dependent on sealift. As Rear Admiral Mark Buzby (ret.), former head of the Maritime Administration (MARAD), observed: “This is how we move our forces from [the continental United States] to anywhere else in the world. We can stuff some of it in the back of a C-17 [aircraft] but not a whole lot…If you’re going to take real combat power someplace, it’s got to be in a ship.”2

While the overall size of the U.S. military has shrunk substantially since the end of the Cold War, as has the number of forward deployed formations in Europe and the Indo-Pacific, this does not mean that the demand for strategic sealift has declined proportionately. Rather, the opposite may be the truth. Because it is primarily based in the continental United States, the U.S. military will need to move large amounts of equipment and supplies across thousands of miles of ocean in the event of a crisis or conflict in Europe or the Indo-Pacific. Once deployed, these forces will need to be resupplied and sustained.

In addition, the U.S. military is looking to operate these forces in new ways, generally characterized as distributed operations, with small formations spread out over large swaths of space, moving continuously to enhance survivability and strain adversary targeting. For example, the Marine Corps’ new operating concept envisions smaller formations capable of fighting at a moment’s notice and surviving inside the threat ranges of adversaries’ long-range precision strike weapons through a combination of reduced signatures, mobility, and relative freedom from a visible logistics tail.3 For several years, the U.S. Air Force has been experimenting with its Agile Combat Employment concept, in which units avoid large, developed facilities and move among dispersed, austere bases with limited logistics and maintenance support to complicate an adversary’s ability to detect and target them.4

These distributed forces will not be able to carry large amounts of supplies, reloads for their missile systems, or fuel. They also want to free themselves from dependence on large, fixed installations, whether for operations or logistics support. But this means that U.S. forces will be even more reliant than they currently are on just-in-time resupply. While some of this responsibility can be met by airlift assets, there will be an increased requirement for strategic sealift if DoD is to sustain a force posture consisting of more widely distributed and frequently maneuvering forces, particularly in the vast Indo-Pacific theater.

This is a particularly worrisome situation because of the precarious state of the U.S. strategic sealift fleet. In peacetime, the movement of some supplies can be done by contracting with commercial shipping, but in the event of conflict, the willingness of commercial shippers—virtually all foreign-flagged—to enter a conflict zone is doubtful.

The ability of the U.S. military to reach a large-scale fight and sustain itself once deployed is dependent on a little over 100 ships: 46 in the Ready Reserve Force (RRF) operated by the Maritime Administration (MARAD), 15 ships for surge operated by the Military Sealift Command (MSC) and some 60 U.S.-flagged commercial ships that are part of the Maritime Security Program (MSP), which provides a retainer incentive to the ships’ owners to ensure that these vessels are available to DoD if needed.5

But over the past several decades, the number of hulls in the government-owned portion of the strategic sealift fleet (the RRF and MSC) has declined and those that remain are aging badly. In testimony, the then-MARAD Administrator Buzby warned the House Armed Services Committee that the RRF and MSC surge sealift fleets, about half of the total strategic sealift capability available to the military, are aging severely and in need of recapitalization.6 To underscore the problem, MARAD and MSC conducted a “turbo activation” exercise designed to test their ability to surge for a major contingency in September 2019.7 Of the 39 vessels that were called on to support the exercise, only 25 were ready for tasking and just 16 were able to operate at the expected level of performance.

This test simulated what is possibly the most serious vulnerability the U.S. military faces in preparing for a high-end conflict. The lack of adequate strategic sealift could outright negate the billions of dollars the U.S. military is investing in next-generation platforms and weapons systems. The military will not be able to get these “wonder weapons” to the fight or support them if they are deployed. According to the U.S. Army’s G-4 logistics directorate: “Without proactive recapitalization of the Organic Surge Sealift Fleet, the Army will face unacceptable risk in force projection capability beginning in 2024.”8

It should seem obvious that the recapitalization of the strategic sealift force should be at the top of the Pentagon’s list of modernization objectives. If DoD truly desired to fully secure its strategic sealift capability, it would actively work to do so by recapitalizing the U.S. sealift fleet with ships designed and built in the United States.

But this is not possible. There is neither the shipbuilding capacity nor the supply chain to support such an effort. Moreover, in an era of constrained defense budgets, the cost would be prohibitive. Buying new ships in foreign ports would send scarce defense dollars overseas while not doing anything to support and sustain domestic U.S. shipbuilding, repair, and maintenance capabilities.

It appears that the only viable approach to revitalizing the strategic sealift fleet is to acquire used commercial vessels that would then be refurbished and modernized in U.S. commercial shipyards. These new ships would be placed in the RRF, replacing its aging and increasingly obsolescent assets. An efficient way of revitalizing this portion of the strategic sealift force would be to convert these used commercial ships into multi-mission supply vessels rather than for single-purpose use.9

The current plan to recapitalize the RRF is a step in the right direction. It will slow the erosion of the U.S. strategic sealift force. But this should be just the start of the effort to restore the nation’s capability to project power globally. Sea power advocates have proposed a $25 billion fund to accelerate the Navy’s shipyard revitalization plan.10 This is a great example of smart infrastructure spending that would benefit national security and the economy.

In keeping with that plan, consideration should be given to expanding the strategic sealift force. One simple step would be to increase the retainer provided as part of the MSP program, incentivizing private companies to make their ships available to the military when needed. Another step would be to expand the size of both the RRF and MSC surge fleets. A new Mobility Capabilities and Requirements Study currently underway is likely to support the conclusion that the U.S. military needs a larger strategic sealift fleet, which similar studies have recommended in the past. It would also make sense to create a special fund for strategic sealift recapitalization, a parallel of the proposed fund for modernizing U.S. shipyards.

Recapitalizing the government-owned portion of the strategic sealift force should be one of DoD’s topmost priorities. Without adequate, accessible, and responsive sealift, the U.S. will find itself at a profound disadvantage in its efforts to deter or otherwise counter the growing might of great power competitors.

Dan Gouré, Ph.D., is a vice president at the public-policy research think tank Lexington Institute. Gouré has a background in the public sector and U.S. federal government, most recently serving as a member of the 2001 Department of Defense Transition Team. You can follow him on Twitter at @dgoure and the Lexington Institute @LexNextDC. Read his full bio here.