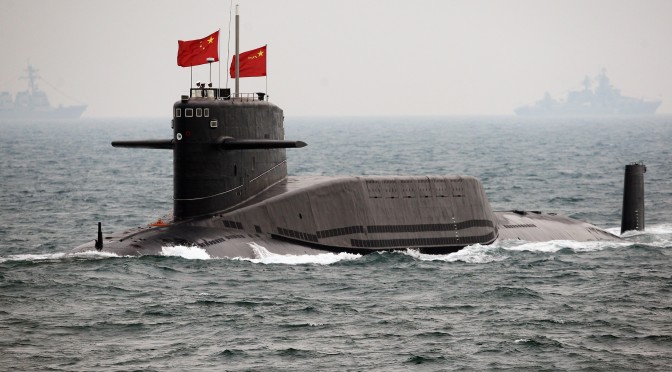 This article can be found in its original form at ASPI here, and was republished with permission.

In the past 12 months, China has provoked considerable attention with its reclamation activities in the South China Sea, particularly in the Spratlys where it controls seven maritime features.

China’s history of salami-slicing presents a dilemma to regional countries as well as external powers with regional interests: do they escalate an incident each time China slices the salami and risk open conflict, or stand down and allow China to augment its territorial claims.

The million-dollar question remains: who or what will freeze China’s reclamation in the South China Sea? The answer: nothing, really.

It has been proposed, for example, that like-minded states carve out a ‘code of practice’ that would stress the rule of law and mirror the 2002 Declaration on the Conduct of Parties in the South China Sea. Another option being considered by the Pentagon is to send US aircraft and ships within 12 nautical miles of the Chinese-built reefs in the Spratlys, to challenge its influence there.

While useful, such proposals won’t freeze or rollback China’s attempts to change the facts on the ground (or the high sea). China’s reclamation seeks to pre-empt any decision that would come from the Philippines’ challenge in the International Tribunal for the Law of the Sea over China’s nine-dash line claim to the South China Sea.

It’s noteworthy that China hasn’t only engaged in salami slicing; it has sought to use the attraction of its economy, trade and aid to offset its high-risk behaviour.

Following the 2012 Scarborough Shoal incident with the Philippines, China launched a charm offensive in 2013, wooing ASEAN with a treaty of friendship and cooperation, stressing that it intended to take China–ASEAN relations from a ‘golden decade’ to a ‘diamond decade’.

This year, when concerns about China’s reclamation have intensified, China has offered a carrot: US and other countries would be welcome to use civilian facilities it’s building in the South China Sea for search and rescue and weather forecasting, when ‘conditions are right’.

China has also used its economic weight to deftly tilt the balance (of influence, at least) in its favor. Its Asian Infrastructure Investment Bank (AIIB) is attracting long-standing American allies such as Great Britain, Australia and South Korea. China has stolen a march on the US in the battle to win friends and influence people.

Concerted and effective opposition to China’s fait accompli in the South China Sea requires an astute mix of diplomacy and deterrence. It might take the form of a regional effort to get China to clarify its nine-dashed line claims based on UNCLOS principles, an ASEAN ultimatum for China to at least freeze its reclamation activities, and joint ASEAN–US patrols near the reefs being reclaimed by China. This looks unlikely to emerge anytime soon.

ASEAN was damaged in 2012, when it failed—for the first time in its 45-year history—to issue a communiqué due to differing views over the South China Sea. ASEAN has recently upped its game by underscoring the dangers of China’s reclamation, but there’s little the group can do apart from pushing for a formal Code of Conduct. A successful conclusion of the code isn’t assured; China dangles the carrot of code negotiations to buy time even as its carries out reclamation.

For all its rhetoric about the need to uphold international law and the freedom of navigation, the US is conflicted when it comes to China. It all boils down to this: will the US risk its extensive relationship with China over a few rocks in the South China Sea? As Hillary Clinton once said: how does the US ‘deal toughly’ toward its banker?

To get a sense of the effect of China’s creeping invasion of the South China Sea, one only need look at Vietnam. Faced with China’s challenge to its claims to the Paracel Islands, Vietnam has purchased Kilo-class submarines, reportedly armed with sub-launched land-attack Klub missiles that could threaten Chinese coastal targets. But Vietnam didn’t fire a shot when China towed a US$1b oil rig into waters claimed by Vietnam last year. On a recent trip to Hanoi, Vietnamese scholars told me that Vietnamese military officers urged sterner action, such as firing on Chinese ships, but senior leaders vetoed them, instead deciding to sit back and let China incur ‘reputational damage’.

Not many people in Asia would agree with what China is doing in the South China Sea. But as it stands, China’s strategy—salami slicing, using offsets to soften risky behavior and accelerating its reclamation activities in the absence of significant opposition—can be summed up in two words: simply brilliant.

William Choong is a Shangri-La Dialogue senior fellow for Asia-Pacific Security at the International Institute for Strategic Studies.