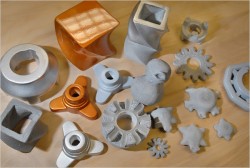 Second in our series on 3D printing.

The laser engraver is a staple of ship life. Nametags, space identifiers, and last-minute commemorative plaques can be made within moments. Engraving is a refreshingly quick process in a world of requisition forms, funding codes, mismatched part numbers, and drawn-out waiting periods. However, stateroom labels that conspicuously misspell the ship’s latin motto  – as mine did – are only the beginning. The dawn of 3D printing technology will carve away wait times, dramatically decrease the costs of space and part availability, open room for more dual-use technical personnel, and break open a whole new world of possibilities for vessels at sea. Already the buzz of the private sector, 3D printing will quickly revolutionize the way we conduct supply at sea in a variety of ways.

3D printing will exponentially accelerate repair times by the virtually instant availability of repair parts. While underway, simple repairs are at times impossible due a lack of parts. Incomplete repairs often pile up, degrading other systems and crew morale. Even if the time exists to complete the repairs, the parts might not arrive for weeks. With an on-board 3D printer, many of these particular pieces can be produced on demand. Ships’ systems can have their schematics loaded into a database and, using the technical drawing, identify exactly what part needs to be produced. For more complicated or legacy systems, waiting for a rare-produced item or a subcontractor to machine different pieces will become obsolete. More robust shore-side 3D printing facilities will be able to build those systems without requiring legacy facilities or downstream suppliers.

3D printing will also decrease navies’ expenditures by ending many purchasing commitments and freeing up property. When travelling on orders recently, I was rather surprised to discover the “military price” for rooms at a hotel to be higher than the regular price. It was told that while regular prices and availability change year round, rooms set aside for the military are always available and at the same price. The same principle drives the supply system. For any particular requisition parts may be more expensive than if the Navy shopped around, but deals are struck in advance to guarantee the availability of the part at the trade-off of a cheaper price. 3D printing will render obsolete the requirement for many of those deals by creating a continuous part availability. 3D printing will also drive into obsolescence acres of warehouse and administrative space for the storage and transit of these parts. The raw mineral content required for 3D printing can be housed and bought far more efficiently than the vast catalogues of part sub-types. Much of this material may not even have to be stored, since it could be purchased and transferred to replenishment ships from local markets. In terms of money and space, 3D printing is the equivalent of putting the supply community through “The Biggest Loser.”

3D printers will eliminate the need for many personnel that lack directly mission-applicable skills. Logistical Specialists (LSs) are often purely administrative, managing the arcane system of forms, finance, and finagling that they have inherited with an unwieldy logistical juggernaut designed to support an entire fleet. A logistics system that simplifies or removes huge swaths of that administrative system with 3D printing will shift the need from LS’s and supply contractors to sailors who specialized in the repair and operation of 3D printers and their software. These technically savvy sailors would be more in-sync for use in the engineering and IT world, where LSs are a rather niche service. Specialization in such equipment could even become an NEC for rates that already exist.

Materials are important in war, but until military drones run themselves, the hunger and health of human personnel will be paramount. Military personnel are used to MRE’s, so using 3D printers to create food consumed by sailors and marines would not be a large jump. Honestly, powdered eggs could only be improved by the application of laser science. Perhaps even more beneficial, 3D printers hold out the promise of saving personnel involved in accidents or combat on ships and in the battlefield, where they could one day be used to replicate damaged tissue or even entire organs.

Shorter wait-times, leaner overhead, more flexible personnel, and better maintained personnel are only the beginning for 3D printing. 3D printers are capable of making parts that are lighter, stronger, and more efficient than the ones we produce in modern machine shops. Equipment can be made safer, removing typical seams and welds. There mere fact that technicians can see the part before it is produced, rather than waiting months to realize the wrong item has been sent, will remove untold frustrations. Biomining, the extraction of minerals using micro-organisms, also offers promise when combined with 3D printing. The ocean contains especially high concentrations of magnesium, used widely in electronics and engine components. Some raw supplies may, one day, no longer require replenishment from the shore but can be gathered by larger vessels from the sea directly for use. 3D printers can produce the guns, grub, and guts necessary to keep personnel operating.  General Sherman once said, “Good logistics is combat power.” With 3D printing, we can bring an entire industrial base with us. 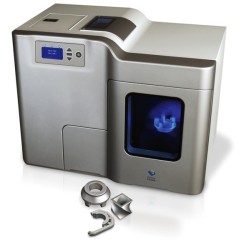 A new manufacturing process has the potential to profoundly change the supply chain of the navies. Imagine you’re at sea. A critical component fails in a ships’ main engine. Today you’d likely spend hours scrambling to report the incident and days or weeks waiting for the replacement to be shipped or flown aboard. Now imagine instead you could simply call down to the supply department, tell them the piece you need, and wait as the duty supply officer looks it up in a database and prints you out a new one. Yes, prints.

The Economist last week featured a special report on the “Third Industrial Revolution,” including an article on the advent of additive manufacturing, also known as 3D printing. Additive manufacturing creates an object by adding raw material to a base in steps or layers through sprays or other processes.

Over the next week I’ll be joined by friend and new contributor Matt Hipple in a series of blog posts to ponder the implications and impacts of 3D printing on maritime security, specifically the effects on the logistics of the U.S. Navy. By coincidence, or the fact we both regularly read The Economist, we discovered we were both working on pieces on the same subject.

We hope you’ll be the beneficiaries of this stroke of fortune, and we equally hope you’ll contribute your thoughts to the discussion on this exciting new technology and its potential for the sea.

Our friend (and future poster on NextWar) Bryan McGrath has a series running over at Information Dissemination on what he’s calling “Directed Energy and Electric Weapon Systems,” or DEEWS (apologies for this post’s title, they’re not all lasers). He posted the second of his series on the subject today. The post does a good job breaking down the different emerging technologies, especially if you’re curious about the science behind each concept. 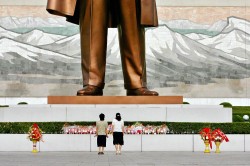