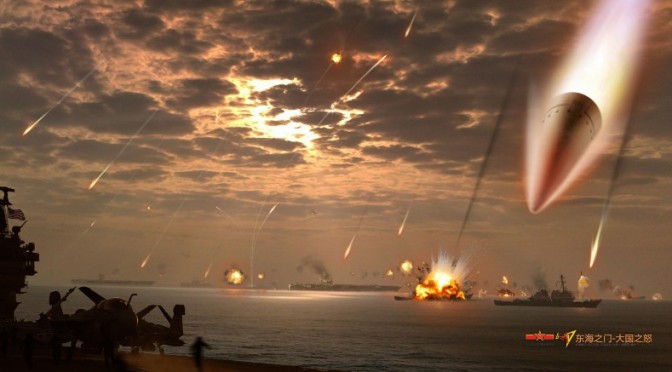 China’s Military Strategy, the white paper released by the Chinese Ministry of Defense on 26 May 2015, is a milestone document in the People’s Republic of China’s military history. It marks China’s confidence in its ability to control the potentially explosive issue of Taiwan and its territorial disputes with its neighbors in the East and South China Seas and signals the beginning of China’s advance into overseas markets, where China’s interests have been rapidly expanding since Deng Xiaoping initiated his market-oriented reform by terminating Mao Zedong’s regime of isolation, “self-reliance, and arduous struggle.” China’s Military Strategy states that “the basic point for PMS [preparation for military struggle] will be placed on winning informationized local wars, highlighting maritime military struggle and maritime PMS.” It asserts that the “traditional mentality that land outweighs sea must be abandoned, and great importance has to be attached to managing the seas and oceans and protecting maritime rights and interests.” For the first time in its history, the mission of the People’s Liberation Army (PLA) Navy (PLAN) is defined as jinhai fangyu, yuanhai huwei (“offshore waters defense and open seas protection”), and the PLAN’s focus is on the transition from the former to the latter. 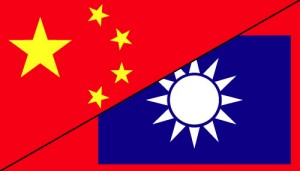 This new military strategy traces its origin to the Military Strategy Guideline of the New Era (MSGNE) of 1993. Although the text of the MSGNE has not been made public, its objective is known to be deterrence of Taiwan from de jure independence. The current strategy is thus significantly different from the MSGNE because of the former’s emphasis on the navy’s role in protecting sea lines of communication (SLOC), which were used by Admiral/General Liu Huaqing, China’s Admiral Sergei Gorshkov, to promote the PLAN as early as 1975, when Mao was alive. That Liu did not engage in the process of the MSGNE’s formation and in fact kept himself at a safe distance from it deserves attention. This reveals China’s strategic dilemma created by Taiwan’s inclination toward de jure independence and China’s growing dependence on international trade. The former demanded that the PLA develop an effective fighting capacity to deter Taiwan and convince the United States that it would pay a price if it did not help China in this effort. The latter required that the PLAN assume a new mission to protect China’s growing overseas interests. The hope was that this dilemma would be solved when China’s rapid economic growth eliminated the huge gap in living standards across the Taiwan Strait, bringing the two sides together. However, despite China’s admirable economic growth, Taiwan shows no sign of surrender. In addition, China’s territorial disputes with its neighbours in the East and South China Seas have escalated. The PLAN’s strategic dilemma thus remains intact. Will China’s tremendously increased economic and military strength help the PLA solve this problem and guide China onto the track toward the “Chinese Dream?” Before answering this question, let us go back to the fall of 1992, when the MSGNE was conceived.

By the spring of 1991, the PLAN leaders, including Admiral/General Liu, faced an unprecedented embarrassment: in addition to it being well known that the PLA was armed with obsolete weapons, the Allies’ triumph in the Gulf War demonstrated that the PLA’s operation doctrine was outdated. Making the situation worse was the imminent collapse of the Soviet Union. China, which had been benefiting tremendously from the West-East rivalry, had to face pressure from the United States, Taiwan’s patron, alone. As the island was in the process of rapid democratization and those residents who had fled to the island from the Mainland in 1949 were losing their dominance in politics, Taiwan began to pursue de jure independence and emerged as the fatal threat to the legitimacy of the Chinese Communists’ rule over Mainland China. Having recognized the reality of the changed world, Admiral/General Liu, one of the members of the PLA’s commanding agency, the Central Military Commission (CMC), and other PLA strategy planners began to develop a new strategy. Liu’s efforts coincided with Jiang Zemin’s endeavour to control the PLA. Jiang was a protégé of one of Deng’s rivals and managed to obtain Deng’s trust in the fall of 1992. As Jiang did not serve in the PLA, Deng appointed General Zhang Zhen, the PLA’s most senior officer in active duty, to help Jiang, who then asked Zhang to develop a new military strategy. Zhang tasked General Zhang Wannian, the recently appointed Chief of General Staff, with completing this job. Both generals’ entire careers were devoted to the PLA, and the final fruit of their efforts was the MSGNE approved in 1993.

The MSGNE departed fundamentally from the PLA’s strategic tradition at the time, which was based on ground forces armed with outdated weapons, in two aspects. The first was its shift from continental defence to the immediate challenges off China’s coast: deterring Taiwan’s de jure independence and managing the territorial disputes in the South China Sea. The second was prioritizing development of a few critical weapon systems, the so-called shashoujian, in contrast to the previous emphasis on ideological indoctrination. It is interesting that the MSGNE has not been officially defined and explained, despite it being a watershed strategy in the PLA’s history. Equally interesting is the fact that Admiral/General Liu was away from Beijing when the Generals Zhang were preoccupied there developing this maritime-oriented military strategy. The authors of his official biography cautiously implied that Liu had nothing to do with the creation of the MSGNE.

Twenty years after the MSGNE was implemented, a PLAN consisting of two very different fleets emerged. The first consists of large surface warships and auxiliary vessels capable of operating as far as the Mediterranean Sea. The second is an anti-access fleet of submarines, fast missile craft, and destroyers supported by the PLAN’s land-based aircraft, the PLA Air Force, and the strategic striking force of the Second Artillery. In 2013, the world’s first anti-ship ballistic missile, the DF-21, with a range of 3,000 km, was reported to be operational. The deployment of the DF-21 means that US fleets, especially its aircraft carriers, are exposed to critical attacks by China’s conventional missiles when they are far
from China’s territorial waters. The DF-21 is a part of the PLA’s shashoujian and alters the naval game in the Pacific. Although it offers Chinese leaders more options in weapon selection, it makes a military solution more tempting and creates a set of challenges to both Chinese and American decision-makers if a cross-Strait conflict breaks out. The Chinese leaders will be able to use the DF-21 against approaching US fleets instead of their nuclear weapons. US leaders will have to make the decision either to risk US aircraft carriers being lost to the DF-21 in international waters and thus being forced into a large-scale war against China or to acknowledge China’s hegemony over the Western Pacific.

Neither Beijing nor Washington wants to make these difficult decisions. But China, the weaker side of this cross-Pacific rivalry, gains much more than it loses from the deployment of DF-21, and this gives it confidence. The PLAN’s new “offshore waters defense and open seas protection” mission is a reflection of this new confidence among the Chinese national and naval leaders over their recent boost in naval strength. This new mission could be regarded as China’s tremendous contribution to world peace if it were irrelevant to the DF-21 and the tension in the South and East China Seas. The intermediate DF-21 is a weapon system of expediency to compensate for China’s lack of command of sea in the case of a cross-Strait war, but it is able to disrupt the status quo of the world if it is used offensively as a shield for its fleets. Admiral/General Liu must have recognized this potential danger, which was in opposition to his dream for a high-seas fleet protecting China’s SLOC. As the founder of China’s modern navy, he knew the PLAN’s inherent deficiencies better than anyone. In striking contrast to the PLAA, which was forged into a formidable fighting machine through numerous victories and defeats, the PLAN was a mosaic of Soviet-trained officers with fragments of the Nationalist navy trained by either the US Navy or the Royal Navy. And it did not experience the forging process that the PLAA did and thus has been plagued with factional struggles and has been vulnerable to the struggle among the PRC leadership. In addition, China’s semi-closed coast places the PLAN in a disadvantageous geographic position if it is involved in a war against the United States. Realizing that its expediency would lead the PLA and China into a cul-de-sac, Liu kept himself out of the MSGNE’s development. If he were alive today, he would be proud of his beloved PLAN while increasingly anxious about its future.