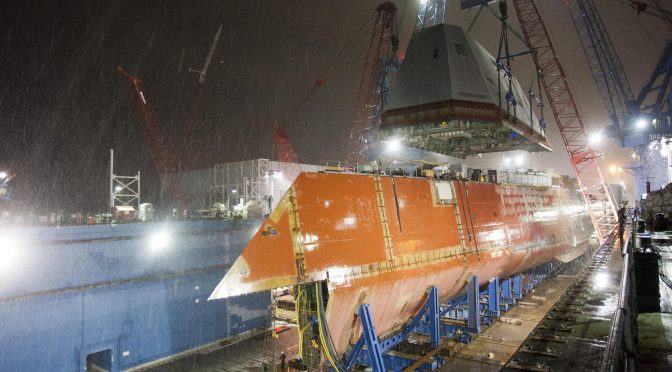 The U.S. Navy is in the conceptual phases of determining what the next Future Surface Combatant (FSC) family of warships could be. The FSC will include “a large, small and unmanned surface combatant that will go through the acquisition process with each other and an ‘integrated combat system’ to tie them together.” These ship classes will provide an opportunity to field systems that reflect a vision of future war at sea and decide what the surface force will contribute to the fight.

The challenges are myriad and complex. Emerging technology has opened up numerous avenues of latent capability, from unmanned systems to directed energy, from integrated power to adaptive electronic warfare. New technology could result in evolving tactics and concepts of operation that change the way ships fight individually and within the joint force. Additionally, ships expected to serve for decades must have attributes that facilitate the iterative fielding of greater lethality over the course of their service life. All of these factors lend competing pressures toward defining requirements.

These ships are critical to the surface Navy’s future, especially because of the challenges and setbacks faced by the two major surface combatant programs of the current generation. The Littoral Combat Ships and Zumwalt-class destroyers are now poised to shape the conversation of what tomorrow’s warships will and will not be and how to go about procuring them. Authors are encouraged to not only envision future roles and capabilities for the FSC family of warships, but to also contemplate the major lessons learned from recent ship design challenges and how to better field the next generation of surface combatants.