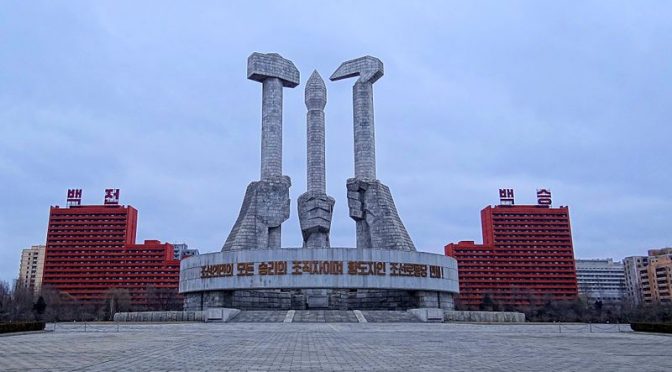 This week CIMSEC published articles analyzing European maritime security submitted in response to our Call for Articles. Submissions discussed various topics including key developments in North Korea’s pursuit of nuclear weapons, the strategic calculus of the players involved, and potential ways to resolve festering insecurity on the Korean peninsula. We thank our authors for their excellent contributions, listed below.

The Definition of Insanity: Carrots and Sticks with North Korea by Richard Kuzma

“There are two main tools left in the U.S. arsenal: economic sanctions and diplomacy. The first has been attempted, and leaves much to be desired. The second has received little play because it is politically unpopular to look ‘weak’ against North Korea.”

“Of particular concern, North Korea has been making progress toward attaining a nuclear triad by developing a submarine-launched ballistic missile (SLBM) capable of delivering a nuclear warhead. After several failures, the DPRK successfully tested its first SLBM, known as the Pukkuksong-1/KN-11, in late August 2016.”

End States and Divided States: After the Kims by Matt McLaughlin

“However and whenever the Kim regime falls, it will be ugly – but some kind of end state will follow. Identifying the most desirable (or least undesirable) one will be critical to planning for North Korean contingencies.”

“The Korean peninsula now has more than one unpredictable player on the field. This gives substantial fresh upside in the potential to find solutions on the peninsula – with the downsides more terrible than ever.”

“Experts believe that each effort is bringing him closer to realizing his ICBM dream. What has led Kim to escalate this antipathy toward the U.S. to this extent and send out a very clear and unequivocal message that these developments are all aimed at the U.S. and its regional allies?”