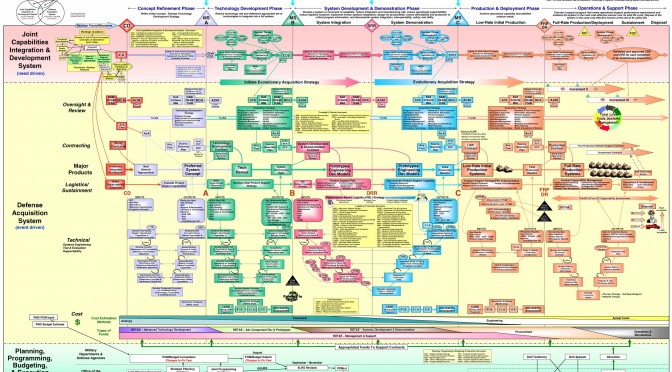 [Editor’s Note: This is satire.]

(AP Wire) At an InVenture Place event in Akron, Ohio – Secretary of the Navy Ray Mabus has announced the upcoming development of a Navy Innovation Qualification (IQ) Pin. The pin is intended to embrace a force-wide implementation of innovative culture and ensure navyinnovation meets the highest standard of excellence. Mabus said during his speech that, “innovation is one of the most powerful forces in the world, and it is only right that the most powerful navy seeks to harness it.” “With the necessary safety and oversight, of course,” added an aide.

In preparation for the IQ pin, Mabus has released a memo on assessing workplace innovation by fiscal year 2016. Plans are for standards of innovation to be codified by Chief of Naval Operations and Headquarters Marine Corps. The joint Navy and Marine-Corps effort to develop these standards, and ultimately the criteria for the IQ pin, is being called the “Innovation Bridling Squadron” (IBS). IBS’s charter is to develop force-wide qualification standards integrating lessons learned, operational risk management concerns, and DoD acquisition.

IBS is led by CAPT Wallace Binghamton from OPNAV N84, who was available for comment at the InVenture Center event. “Without oversight, innovation can often lead to the foregoing of regulations or unpredictable results,” said Binghamton, “integration of a fleet-wide standard will allow experienced leaders to mitigate risks, and ensure innovation does not stray too far from the safe and proven path. Those who eventually earn their IQ pin will be fully certified in the navy way of innovation.”

Binghamton assured us that IBS would be very disruptive, stating their inspiration will be DoD acquisitions. “Let’s be serious here – the US military knows innovation. We have everything from the F-35 to the Army’s Future Combat System,” said Binghamton, “We can design and field a new landing craft in the time it takes to fight only two world wars. We know innovation – we just need to get the word out.”

Binghamton then described his team’s vision for the IQ certification process. “When I was earning my Surface Warfare pin, it was a long and painful process. It is critical that equal rigor be put into our innovation process. We have a mock-up Personal Qualification Standard (PQS) form of about 70 pages at the moment – but that’s only a skeleton, of course.”

When told IBS’s current plans, and asked for comment, Mabus’ grunted and grabbed his stomach, growling a, “no comment,” before storming off, “to go talk to someone about IBS.”

The roll-out of IBS’s study on the timeline for developing the IQ pin is scheduled for 2020. The first Navy and Marine Corps InnovationQualified officers are scheduled roughly for 2030 in anticipation of China’s global hegemony and America’s ignominious retreat before communism’s iron boot. The physical pin design will be complete by 2035. 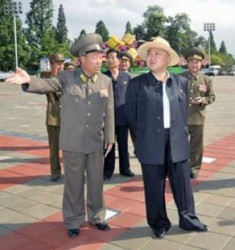 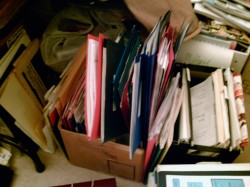