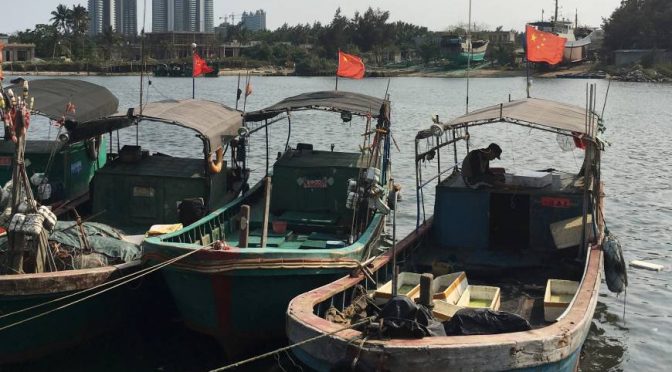 Last week CIMSEC featured an insightful series of publications in response to a call for articles soliciting analysis on the South China Sea. Contributors assessed the Permanent Court of Arbitration’s ruling on Philippines vs. China, evolving military developments, strategic perspectives, and more. We thank our authors for their excellent contributions.

Below is a list of the articles that featured during the topic week, and revealing excerpts.

The Scholar as Portent of Chinese Actions in the South China Sea by Ryan D. Martinson

“Studying the work of the propagandist has merits: we learn what the PRC wants domestic and international audiences to believe. The statements of the advisor, however, are potentially much more rewarding, for they may suggest future actions.”

“Whether these land features may contain military value significant enough to be fought for are never decided by themselves. Other factors such as force, timing and additional characteristics associated with the space will fundamentally define their importance.”

“But from an international law perspective and what most of the world accepts – China’s actions in the SCS were unilateral, aggressive, and threatening to their neighbors. This ruling states that this behavior is not correct and that this is not an accepted way to act in the international community.”

The Undersea Dimension of Strategic Competition in the South China Sea by Elsa B. Kania

“Historically, China has remained relatively weak in ASW and continues “to lack either a robust coastal or deep-water anti-submarine warfare capability,” according to the Department of Defense.1 Despite such persistent shortcomings, the apparent advances in the realism and complexity of these recent drills suggest that the PLAN’s ASW capabilities could be progressing.”

“On the one hand, the United States sees freedom of navigation as a fundamental pillar of the post-war order and integral to the past 70 years of relative peace and prosperity. On the other, China’s (re)assertion of sovereignty over the South China Sea should be contextualized within its century long campaign to recover territory lost under (semi)-imperialism.”

Fishing boats with Chinese national flags are seen at a harbor in Tanmen, Hainan province, on April 5. (Reuters)