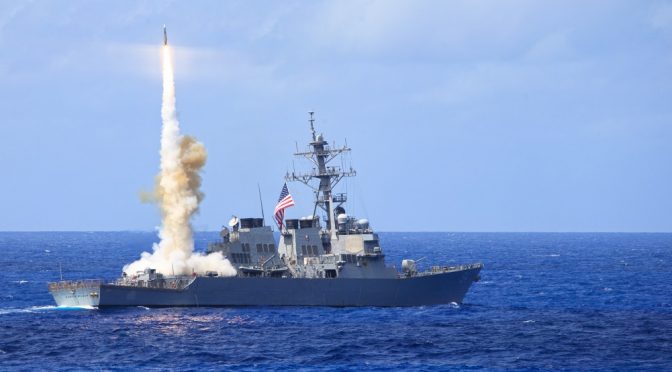 We want to hear your ideas! This call for articles solicits input on the topic of Distributed Lethality to help shape the future of Surface Force initiatives.

Distributed Lethality is the condition gained by increasing the offensive power and defensive hardening of individual components of the surface force and then employing them in dispersed, offensive formations across a wide expanse of geography. Distributed Lethality leverages tactics, tools, talent, and training to enhance surface combat capability and promote the Navy’s principal role of controlling the sea in order to project national power through the core operational lines of effort of Deceive, Target and Destroy.

Submissions can be written on the above issues or may expand on other lines of inquiry relevant to Distributed Lethality. Submissions should be between 800 and 1800 words in length (with flexibility) and submitted no later than August 26 to the CIMSEC editorial team at Nextwar@cimsec.org.

Editor’s Note: This topic week has since concluded and writings submitted in response to this call for articles may be viewed here.