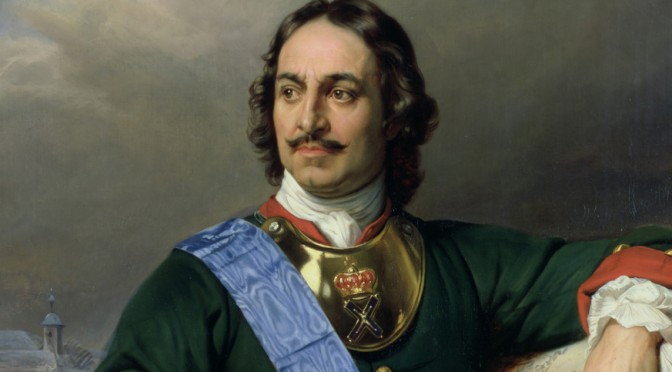 On October 7th, Russia’s Caspian Flotilla launched land attack cruise missiles into Syria, bringing into relief the steady modernization of the Russian Navy (RFN), and its recently added strike capabilities. Dominating the Caspian is not a difficult challenge for the Russian flotilla of Gepard-class frigates and Buyan-M corvettes, but the ability to launch cruise missiles at targets in Europe or the Middle East potentially over two thousand kilometers away is emblematic of the future Russian Navy. Together with the Northern, Pacific, Baltic, and Black Sea Fleets, the RFN is a force in transition. Russia’s surface and submarine force today is quantitatively a fraction of the size of its Soviet ancestor, but it is undergoing revival, investment, and reconfiguration to become a qualitatively different force. Today’s Russian Navy is intended to pursue both traditional missions such as strategic deterrence and status projection, along with sea denial, sea control, and coastal defense.

Russia’s latest maritime doctrine, released in July, is an incredibly ambitious document with visions of carriers, multirole landing ships, new destroyers, and a host of platforms indicating parity with the U.S. and power projection across blue waters in the maritime domain. However, these dreams, reaching out into 2050, are unlikely to be realized for a slew of reasons, including budget constraints, defense industry capacity, inefficiencies, and technological shortcomings. Russia’s defense budget this year, at 3.3 trillion roubles or 4.2% of GDP, is the largest it has ever been since the Soviet Union, but given prevailing economic conditions, it is unlikely to be seen at these levels for years to come. Financial constraints aside, Russia also lacks a vision for the missions these carriers or amphibious ships would perform. They are political aspirations on paper at best, while much of the actual maritime strategy and thinking on the future of Russian naval power is unlikely to reside in this document.

Instead of unattainable, and unrealistic, dreams of power projection with a large blue water navy, the RFN seems set to become primarily a green water force. Increasingly based around smaller and more advanced ship classes, with capable long range anti-ship and land attack missiles, this fleet will be designed to project conventional deterrence. In practice, Moscow is investing in the achievable, while paying lip service to the unnecessary. Hence, in the coming years, Russia will remain primarily a regional naval power. One area where the maritime doctrine rings true is the concentration of effort and assets facing NATO forces in Europe and along the Arctic, best embodied in modernization of the Northern and Black Sea Fleets.

The desire to establish “non-nuclear deterrence,” voiced in the Military Doctrine released in December 2014, is a more important driver behind Russian thinking. This strategy is based around long range precision weapons, multiple vectors of attack, and the ability to inflict high costs to NATO in select regions such as the Baltic, Black, and Barents Seas. In this respect, Russia’s naval developments should be viewed in conjunction with spending on additional maritime aviation and coastal defenses, such as the Su-30SM and the Bastion-P. However, Russia’s maritime aviation is a small force and organizationally in the hands of its air force. The more important trend in the Russian navy is that a small missile boat, or a frigate, armed with the new line of Kalibr missiles (SS-N-27A and SS-N-30A), can pose a similar threat to a Tu-22M3 bomber at a better stand-off range and have excellent land attack options.

In the Russian submarine force, strategic deterrence remains the paramount mission, particularly with the new Borey-class of SSBNs steadily replacing older Delta IVs and IIIs. Power projection seems mostly a mission for the submarine force, especially given the troubled shipbuilding program. In the coming years, older Soviet platforms will be steadily phased out. However, with delays in production of new multi-role ships, the Russian navy looks increasingly better underwater. The best example is a new squadron of six improved-Kilo diesel submarines being added to the Black Sea Fleet, armed with the same family of land attack and anti-ship missiles. The new Yasen-class multirole submarine, along with modernization projects for older SSNs and SSGNs, will restore some of the Russia’s sea power in the underwater domain.There is a marked increase in Russian submarine activity and patrols, up by fifty percent according to Russian Navy chief Admiral Viktor Chirkov, along with a newfound interest in underwater cable and oceanographic mapping.

Status projection via naval power remains an important national priority, as it arguably has been since the time of Peter the Great. While differences abound in Russian defense circles over the amount of spending on the navy, given the country is primarily a land power, Moscow remains committed to the notion that it cannot be considered a great power without visible hallmarks of naval power. Hence Russia is investing in the modernization and refit of the Kirov-class battlecruisers, at great expense to other priorities, with perhaps 1.7 billion roubles for Admiral Nakhimov and over 2 billion roubles for Peter the Great. The goal is to maintain a unique set of capital ships to conduct flag waving, strategic messaging, and a host of other status projection missions. While the Kirovs may be anachronistic, status projection is held at an even higher premium today because it is tied to the public perception of Vladimir Putin’s personal brand of leadership, which in Moscow is as important as the objective results of foreign policy.

The most prominent mission for the Russian Navy today is supporting the military intervention in Syria, including provision of air defense using the Slava-class missile cruiser Moskva and sustaining the force via sea lines of communication from the Black Sea, dubbed the “Syrian Express.” The Black Sea Fleet (BSF) is in charge of this operation in the Eastern Mediterranean, managing a rotating squadron of roughly ten ships, largely composed of Soviet era landing ships and the BSF anti-submarine warfare group. Originally stood up to support the Syrian regime in 2013, the Mediterranean squadron will become a more permanent fixture according to official statements, independent of the conflict’s trajectory.

The intervention in Syria is a useful study on the state of Russian sea lift and capacity for expeditionary warfare. Russia compensated for the lack of available sea lift, an expensive asset to have lying about for a country that has not done expeditionary warfare since the Afghanistan War, by simply re-designating commercial carriers (ironically purchased from Turkey). The RFN trains provision of mobility and sea lift for ground forces during annual strategic exercises, but even for a relatively close operation such as Syria, clearly lacks the requisite assets.  With limited platforms available for expeditionary warfare, the RFN is focused instead on being able to move forces around the country’s vast regions. This is an especially challenging mission in the Arctic and Pacific, largely uninhabited expanses of terrain where exerting sea control is taxing. Traditional expeditionary warfare is not something the Russian navy is geared for, plans for, or expects to be doing much of in the future.

The RFN will remain strongest facing NATO in the European theater, effecting sea denial and conventional deterrence, with smaller and more modern platforms. While Russian ships may venture out into the North Atlantic, most such forays will be limited to strategic communication, training, or flag waving missions. The submarine force will form an important element in a strategy of nuclear and conventional deterrence, maintaining the ability to strike the U.S. homeland. Around Russia’s periphery, a host of sea patrol ships and cutters for the FSB border guard will work to improve sea control along the coastline. The Arctic is an area of particular anxiety for Moscow, despite little traffic through the Northern Sea Route. Russian leaders envision long term economic competition over Arctic resources. They are seeking to invest in military and rescue infrastructure today in order to establish firm control over access to the region in the future. When it comes to sea control and sea lift the Russian strategy is mindful of cost constraints and structured around surging capacity when needed.

As envisioned today, the Russian Navy is not likely to become a global peer competitor to the U.S. but represent a more potent regional challenge, particularly to NATO allies. NATO will have to deal with a resurgent Russian presence in the Mediterranean and the ability of Russian ships to conduct long range strikes from within the comfort of established A2/AD zones close to their bases of operation. While the net sum of Russia’s naval strategy could be characterized as regional and largely defensive in nature, the practical results are not simply negative from a security standpoint for NATO, but present new challenges for a stretched U.S. Navy. Russia’s shipbuilding program will proceed fitfully at best, but the changes already in progress within the RFN are yielding results that will require adjustment and adaptation on the part of the U.S. and its allies.

Mr. Michael Kofman is a Research Scientist at CNA Corporation and a Fellow at the Kennan Institute, Woodrow Wilson International Center in Washington, D.C. Mr. Kofman holds a M.A. in International Security from the Edmund A. Walsh School of Foreign Service, Georgetown University and a B.A. in Political Science from Northeastern University.