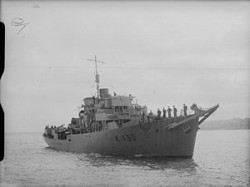 “What is International Maritime Security?” is an excellent post, framing the question against the common interests, threats, and resources of nations in the effort to keep maritime commons secure.  Why are these dynamics and underlying processes so complex, and what we can do with that knowledge?  Professor Mearsheimer’s work The Tragedy of Great Power Politics, notes Kurt Albaugh, helps provide some answers.  It discusses great powers’ search for ultimate security, possible only through hegemony.  But it leaves untold the story of great powers’ neighbors. These states have a need for national security disproportionate to the real threat, which Prof. Mearsheimer explains in following way:

When a state surveys its environment to determine which states pose a threat to its survival, it focuses mainly on the offensive capabilities of potential rivals, not their intentions.

Moreover, in such a case the “stopping power of water” likely doesn’t apply, not only because neighbors could share a land border but also because defensive power is not strong enough to check a great power’s short-distance naval assault.  The Impact on the navy is important.  In the event of a neighbor’s build-up, the smaller neighbor’s scarce financial resources would be devoted to building as much war-fighting capabilities as possible, depleting a budget very quickly.  The maritime security mission becomes a “nice to have” item, especially protecting the maritime commons, which is possibly perceived more as a foreign affairs than defense issue.  The corresponding fleet composition is summarized well with another observation made by D.K. Brown in Future British Surface Fleet: Options for Medium-Sized Powers, discussing individual ship design:

This is discussed by Khudyakov, who points out that one can optimise for maximum effectiveness at constant cost or for minimum cost at constant effectiveness.  Carried to extremes, he sees the one leading to what he aptly calls the Super Battleship Paradox, the other, emphasising numbers at the expense of capability, to the Chinese Junk Paradox.  One may, however, wonder if the Royal Navy’s Flower-class of World War II was so limited in capability that it fell into the latter category.

The end result is a navy consisting of a very few “Super Battleships” to defend against the great powers, and under-appreciated fleet workhorses like the Flower-class to carry out International Maritime Security missions.  The Naval Diplomat might offer a solution to that problem.  The concept of a “Fortress-fleet” operating under the umbrella of land-based aircraft and missiles would allow a smaller nation to forgo the “Super Battleships” and develop a fleet much more oriented toward International Maritime Security.  Such “fortress” should satisfy demand for national security, cover the gap between a real threat and its perception, and allow the nation to build much lighter naval forces, which theoretically could be more focused on diplomatic and constabulary missions.  Governments would be also more inclined to invest in dual-use, army and navy weapons like aircraft, instead of very expensive systems with only a naval application.  Rooted in the views of A.T. Mahan, this distant descendant of his original concept answers partially its critics.  Fleets thus freed to get involved in international cooperation in distant waters are no longer inactive and without initiative.