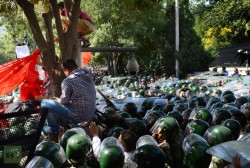 With the dispute between China and Japan over the Senkaku/Diaoyu Islands heating up, some have wondered about the prospect of a war between the two states and its possible outcome.  Though unlikely, a war between the world’s second and third largest economies, who alone share over $340 billion in bilateral trade, would be rather unfortunate, to say the least.  It is, however, an interesting exercise to consider some of the implications – in this case specifically economic – of such a conflict.

One consequence would be the disruption of sea- and air-borne trade flows in the region.  The Senkakus/Diaoyus lie approximately 100 nm northeast of Taiwan, in the vicinity of two of the busiest shipping channels in the world – the Taiwan and Luzon Straits.  Trade across the Taiwan Strait alone amounted to $147 billion in 2011, a figure which does not include trade simply passing through the strait to other destinations.  Many Asia-bound vessels from the Americas pass through the Luzon Strait, and both straits are key routes for oil shipments to Japan and Korea. 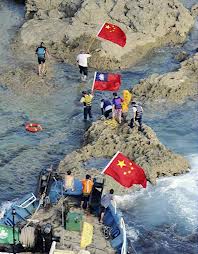 While one hundred nautical miles might seem a long distance, the range of Chinese and Japanese naval and aerial weapon systems means that any combat around the islands could spill over into adjacent areas, especially as each side engaged in whatever maneuvers were necessary to gain the upper hand.  The most modern Japanese anti-ship missile, for example, has a range of approximately 115 nm.  Chinese shore-based anti-ship ballistic missiles, by comparison, may have a range upwards of 1,700 nm, encompassing the entire region.  Combat, therefore, could lead to the inadvertent destruction of merchant shipping in these crowded waters, and would certainly cause a spike in maritime insurance rates and fuel costs as ships reroute to avoid combat zones, cutting into the profitability of overseas trade.

In addition to disrupting physical trade flows, a conflict between Japan and China could disrupt capital flows.  Even a short conflict would generate a great deal of uncertainty in the minds of investors.  Doubts could develop as to the longevity and profitability of investments in both countries due to fears of government asset seizures and heavy regulations on trade and monetary flows to keep their own economies relatively stable.  Numerous Japanese factories in China have already publically closed, due to a wave of popular anti-Japanese sentiment and protests, while still more major companies may be keeping quiet about their own closures.  Chinese and Japanese government policies to deliberately seize each others’ assets would only exacerbate the effects of these closures.  A conflict would also have unpredictable consequences for foreign exchange rates.  Lastly, the effects would be long-lasting:  any conflict would sow doubts about the long-term prospects for a peaceful East Asian environment.

Adding to the uncertainty is the unknown role the United States would play in any Sino-Japanese conflict.  According to the terms of the U.S.-Japanese bilateral defense treaty, the United States is obligated to come to the aid of Japan in the event of war. U.S. Secretary of Defense Leon Panetta stated recently that the United States would abide by its treaty obligations if Japan was attacked, and Japanese Foreign Minister Koichiro Gemba noted that the treaty covers the Senkaku/Diaoyu Islands.  It is, of course, not certain that the U.S. would become involved, or could become involved in the time frame of a short conflict.  If it did, however, its involvement would cause even greater disruptions to world trade and capital flows.  In 2011, the volume of U.S.-China trade topped $500 billion.  The result of direct, U.S.-Chinese conflict would almost certainly be a halt to that trade, to the detriment not only of the respective nations, but also the global economy.

The prospect of the disruptions to global trade outline above would be concerning enough at the best of times, but these are not those times.  A recent article in the New York Times noted that global economic growth appears to be slowing due to faltering Chinese growth and continuing problems in Europe.  Analysis by The Economist suggests that even a 3.9% reduction in the rate of Chinese capital accumulation would eliminate all of Taiwan’s 2012 economic growth, and ‘hobble South Korea.’  Given that this is a potential result of current, purely economic factors, an armed conflict between two of the world’s great economic powers could only magnify it.

With the potential negative economic consequences of a war over the Senkakus/Diaoyus, let’s hope that cool heads prevail in Tokyo and Beijing.

Ian Sundstrom is a graduate of the War Studies Masters Program at King’s College London.  He is currently engaged on a research project for Imperial War Museum – Duxford in Cambridge, United Kingdom.