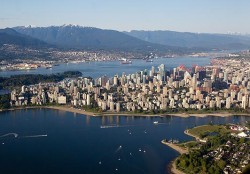 The U.S. runs a succesful series of Fleet Weeks across the country, bringing exposure to the sea services even in those corners of the country far from a sea. These events aim in part to educate Americans on the importance of their sea services for ensuring freedom of navigation for the 99% of overseas trade by volume that is transported by ship and the ability to project power abroad(CDR Doyle Hodges had a good article last week on the importance of international maritime security). From a self-interest standpoint, this outreach is also important when these citizens’ elected representatives look to make cuts to spending and military programs. After a decade of land wars, the sea services have some ground to make up. Last year, Gallup polled Americans on the relative importance of the different branches of the Armed Forces using the following question:

Just off the top of your head, which of the five branches of the Armed Forces in this country would you say is the most important to our national defense today?”

Canada has a similar problem, and CIMSECian James Bridger calls it “Maritime Blindness.” Writing for the Atlantic Council of Canada, he states:

As a nation surrounded by three oceans and the great lakes, Canada’s maritime security has been of preeminent importance throughout the country’s history. A secure marine environment is also essential to Canada’s prosperity. Despite this marked significance, there has been recent concern that Canada has slipped into a state of “maritime blindness,” characterized by a general lack of awareness concerning issues of national and global oceanic security.  This problem is particularly pronounced in central Canada, along the Toronto-Ottawa-Montreal corridor.

Seeking to address this weakness, The Atlantic Council of Canada (ACC) has taken a greater role in investigating and highlighting the strengths and weaknesses of Canadian maritime security and matters concerning our surrounding waters. Our goal is to raise public awareness and encourage debate about Canada’s most important frontier.

Doing good work in the land of Moose and Ice Hockey, James developed this idea into a primer on the Canada’s maritime background, and with another CIMSECian, Andrew Walker, in May kicked off the publication Maritime Nation to help Canada counter the effects of maritime blindness. In addition to helping illustrate the challenges and opportunities of the sea for the Canadian public, the products provide some good nuggets on Canadians approaches to maritime problems and concepts, such as a focus on maritime domain awareness:

Reflecting a “whole of government” approach to the problem, the Department of Defence, in cooperation with the Canada Border Services Agency, Department of Fisheries, Canadian Coast Guard, RCMP and Transport Canada, have recently established three Marine Security Operations Centres (MSOC)—located in Esquimalt, Halifax, and on the St. Lawrence Seaway.

If you have a few minutes, both the primer and the publication are easy to read and definitely worth a look, offering insights on cooperation with the U.S., and options arising from the unfreezing Arctic.