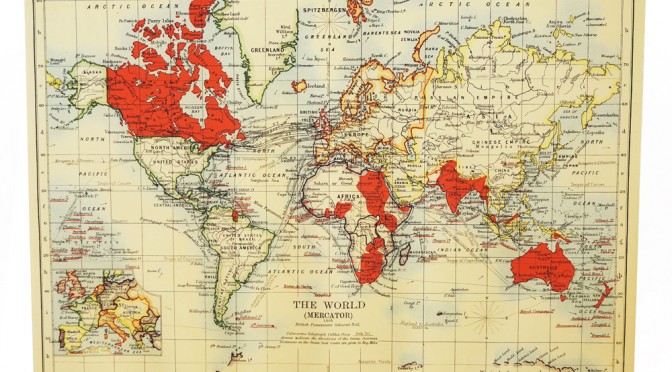 A Geographic Rebalance, Technology, and Diplomacy Must Be Used Together

The challenges of the 2nd decade of the 21st century call for another phase in “strategic asymmetry” in order to preserve the security of the United States’ global strategic interests. The two versions of the successful Cold War Containment strategy; the “New Look” and “Flexible Response” appear on the surface to be completely different approaches. The first advocated reliance on the threat of nuclear war to deter aggressive action by the Soviet Union. The second advanced a graduated series of steps to meet the global Communist threat of which nuclear war was one component and precision-guided munitions one supporting pillar. Both however were committed to deterring nuclear war, maintaining global U.S. strategic interests, and preventing the further spread of the Communist ideology. Each too was relatively well-endowed with financial support from a U.S. government that stood at the military, political, and economic apex of a world otherwise devastated by the effects of two massive global conflicts and associated revolutions and chaos.

Unlike the Cold War period, the present United States cannot exercise the same dominance in all three disciplines of global power. The nation is in a period of relative decline. Many Eurasian nations have recovered from the effects of the conflicts of the 20th century and have assumed positions of global economic, political and in some cases military power. It is a situation similar to the situation challenging the last great liberal democratic power at the dawn of the 20th century.

The present U.S. situation is very similar to that of Great Britain at the end of the 19th century. The British faced many challenges to their economic and maritime supremacy. France recovered from multiple Napoleonic disasters and built a rival colonial empire; Japan emerged from centuries of isolation to compete for dominance of the Western Pacific; Germany and Russia tried to develop “webbed feet” and associated maritime ambitions; and the United States turned its energies from “winning the west” to winning the game of global economic competition. Furthermore, the “moral authority” the British had enjoyed relative to much of the rest of the world had been sullied to a degree by atrocities committed by British forces during the 1899-1901 Boer War against Dutch settlers in South Africa. That conflict also had significant financial costs that competed against those of the Royal Navy (RN), the British nation’s traditional strategic guardian, as well as those of a rising welfare state.

The United States confronts a similar scenario. Its traditional Eurasian allies have recovered from the effects of World War II and the Cold War and are now sometimes economic and political rivals. The Russian state born from the wreckage of the Soviet Union now maneuvers to regain lost territory and advantage. China has emerged as the principal U.S. economic competitor and also has maritime ambitions. The moral authority of the United States is now in question, like post-Boer War Britain, after questionable counter-insurgency conflicts in Southwest Asia and a global internet monitoring effort conducted by the National Security Agency (NSA). The wars of the last decade drew money away from efforts to maintain and improve U.S. naval and air forces. The U.S. military also competes with an expanding U.S. welfare state.

The British solution to their own period of relative decline (well detailed in Aaron Freidberg’s book The Weary Titan) is best described in three steps. British statesmen and military leaders first examined the strategic geography of the British Empire in detail and made a frank assessment of the relative importance of its physical, economic, political, and military components. They conducted a global reduction and re-balance of British naval and military assets that reflected the updated strategic geographic assessment and their own financial limitations. Finally, the British sought accords (both official and unspoken) with a number of nations to implement the new strategic geography. They came to agreements with the French and the Russians on a series of long-simmering colonial competitions, and they signed an alliance with the Japanese in order to secure their Pacific trade lines and possessions. They also accepted the peaceful rise of the United States, a “daughter” liberal democratic power, to its eventual position of leading economic power by 1914 to buttress their own economic system. The end product was a British Empire and associated armed forces better prepared to confront the changing and more volatile 20th century. Britain survived two devastating world wars and although much of its physical empire and supporting military and naval forces declined, that change was demanded and conducted by the British public under far better circumstances than would have occurred in the wake of a military defeat.

There are of course significant risks involved in such a radical re-balancing of forces. Britain’s physical retreat from the Americas and the Pacific in the face of rising American and Japanese power likely pushed the dominions of Canada, Australia, and New Zealand away from direct British influence. British leaders in the late 1920’s, allowed the strength of the British armed forces, especially the Royal Navy to significantly degrade to the point that Britain could no longer provide an effective defense of its Asian possessions. The loss of Singapore and the sinking of HMS Prince of Wales and HMS Repulse was the culmination of 25 years of poor strategic planning. It also wrecked British prestige and was a significant tipping point in the drive for Indian independence and the end of the physical British Empire.

The United States should undertake a similar realistic assessment of its global strategic position. Such a review would include not only land and maritime physical spaces, but also air, space and cyberspace “geography” which equally impact U.S. interests. This review must not be confined to mere budgetary and defense program appraisal, but must carefully examine the nation’s long-term interests. It must determine the most significant threats to the republic, and re-balance naval and military forces within budgetary limits to better confront those perils. Those forces must be both suitable for the geographic areas they defend, highly mobile and able to operationally and strategically re-position as circumstances dictate. While the present threat from both national and non-state actors is complex, some positive changes have taken place in recent years. For the first time since 1942, the United States does not face the threat of an immediate ground war other than on the Korean peninsula. The United States however cannot execute overly draconian cuts and still expect to exercise significant global influence. Some balance must be struck between the needs of the expanding U.S. welfare state, and the military forces that guard its very existence.

Finally, the United States should seek solutions to disagreements with nations and/or non-state actors whose intents and actions do not directly threaten U.S. global interest. The United States should also seek close association with present and rising states that share similar interests, since there is no “heir apparent” waiting to support and perhaps supersede the United States in its role as the defender of traditional liberal values as it was for Great Britain. One potential liberal democratic understudy is India, but other candidates may emerge. Although a rising power with aspirations toward greatness, China cannot be considered as a candidate to replace the United States as guarantor and support of the liberal capitalist system that sustains the global economy. Although perhaps no longer a full-fledged communist nation, China remains an authoritarian corporate state that continues to stifle free speech and expression. China, despite a generally warm welcome in the world economic community has instead chosen to bully its economic partners by needlessly antagonizing its neighbors and contributing to rising instability in East Asia.

Like Great Britain, the United States can confront challenges to its global interests through an aggressive self-assessment of its strategic goals and means to which they can be accomplished. Unmanned systems, organized in support of traditional manned combat formations in a “Manned and Unmanned” battle concept, offer the United States and Western powers an offensive edge against robust Anti Access/Area Denial (A2/AD) systems. Unmanned systems, however, represent only one component of a greater post-Post Cold War U.S. grand strategy. A technological “offset” alone is insufficient given the expanding threat level that presently confronts U.S. decision-makers. Technological solutions will likely come from civilian industrial sources and be readily duplicated by potential adversaries. Framing the concept of a future grand strategy through unmanned systems, geographic military rebalance, prioritization of threats and movement to accommodate non-threatening, but distracting disputes with others represent the conditions for a successful response to the emerging strategic environment. The United States can still field a capable military force with global reach for a reasonable cost by undertaking such a broad strategic review.