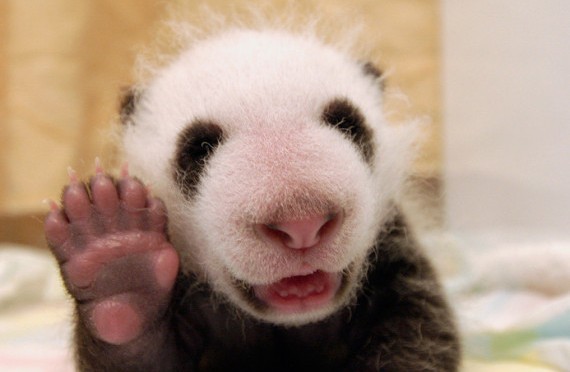 Godspeed Liaoning! After 14+ years of refitting the former Soviet rust bucket the Riga/Varyag, China finally commissioned Liaoning in September 2012 (by the way did anybody ever tell the Russians or Chinese that it was bad luck to rename a ship?). This past week, the PLAN announced that it would begin a six year construction program to build its first domestically produced aircraft carrier with the ultimate goal of having four active duty aircraft carriers. This announcement has been met with responses ranging from skepticism to panic, with some defense analysts claiming that China could achieve this ambitious goal as early as 2020. One reaction that has not been heard is that of smug satisfaction. You heard it here first ladies and gentlemen: This is very good news for the U.S.! Welcome to the aircraft carrier “big boys” club China.

Just when I was getting worried about anti-access/area-denial (A2/AD), China does the United States a favor and changes their defense budgetary priorities. Rather than prioritize protecting their own coastline, China is now diverting funds to project power. Great, welcome to the economic reality of opportunity cost guys. Even the seemingly limitless economic powerhouse of China has to make strategic choices. Every Yuan spent on carriers is one not spent on denying access to the South China Sea. News flash: carriers and power projection is expensive! Nukes, anti-satellite weapons, cruise missiles, and diesel-electric subs are cheap ways to impose costs on your opponent. Whew! I was getting concerned about trying to get an LCS inside the first island chain and China goes and does us a solid by blowing their national bankroll on something that will, for a change, impose significant cost on themselves.

What will China get for its investment? They get one hundred-year-old technology with no clear strategic purpose and a vicious learning curve.

Meanwhile, the news just keeps getting better for the United States. While U.S. naval aviation is going an identity crisis, China is rushing headlong into a worse one of its own. At least the U.S. has the doctrine, support network, history, expertise, and institutional knowledge on hand to possibly be able to figure out what to do with its floating cities as they deal with the challenges of unmanned aircraft, cruise missiles, the proliferation of submarines, and budgetary uncertainty.

China is going to have to figure out all of these problems while also having to deal with the operational problems of using their aircraft carriers, the societal challenge of allowing their commanders to exercise their own initiative, and the inevitable tactical and strategic responses of the United States and our allies. While many have worried about the “Mahanian turn” in Chinese naval doctrine, perhaps a more apt analogy is the unfortunate soul who bought a black and white television in 1960 or a Betamax machine in 1990. China, you may impress some folks, but you are way behind the curve on this one.

If the prospect of a Jutland in the South China Sea is scary to some, fear not. China is playing our game now. In case you missed the last 70 years of history, the United States is really good at conventional, high intensity war. As long as we do not have to fight in jungles, mountains, or cities, we are the crème de la crème at identifying, tracking, and blowing things up. Our sailors, soldiers, marines, and airmen are the best in the world at these missions. In any contingencies with China this side of the late Tom Clancy’s imagination, we would have numerical, informational, and qualitative superiority over the proposed Chinese aircraft carriers. God forbid we answer John Rambo’s plea, “Sir, do we get to win this time?”

What is most likely is that the PLAN carriers would serve as a “fleet in being” much like the German High Seas fleet in WWI−too expensive to risk, too weak to use. Just ask Kaiser Bill how that worked for him. If you gave him truth serum, he would confess that he’d have gladly traded his “splendid ships” for another division or two on the right wing in the Schlieffen Plan. Let the Chinese have their ships for prestige during time of peace and neutralize them quickly in the event of war.

Maybe we should panic. Perhaps our xenophobic reactions are justified. Indeed we could be setting ourselves up for our Munich or Pearl Harbor moment. However, if we approach this not as a problem but as a strategic opportunity, we should congratulate ourselves and realize that the sky is not falling. The Chinese have bought the naval version of a Ferrari−good at impressing their neighbors, good at inspiring vitriol and knee jerk reactions, but not good at actually picking up the kids at school.

Satire week-posturing aside, the United States should take these developments seriously, but should not panic. If it keeps its proverbial, “head when all about [you] are losing theirs,” then this development creates as many opportunities for the United States as it does challenges. In sum, China has forgone other more provocative and dangerous strategic options, invested in old technology, is and will remain for the foreseeable future on the bad side of the learning curve, has no doctrinal history or expertise for conducting carrier operations, and now is playing to U.S. core competencies. Godspeed Liaoning! God bless Chinese naval aviation. Good luck. Glad tidings. Good riddance!

J. Furman Daniel, III is a Visiting Assistant Professor of
International Affairs in the George Washington University Security
Policy Studies Program. His research focuses on a wide range of topics including: covert balancing; technological innovation and arms races; the problems of human agency and highly improbable events in
international relations theory; the theoretical legacies of Edmund
Burke and Carl Von Clausewitz; the bureaucratic politics of the
early-American Navy; and the impact of the naval blockade on the
Confederacy during the American Civil War. Dr. Daniel may be reached via e-mail at jfdaniel@gmail.com or jfdaniel@gwu.edu.