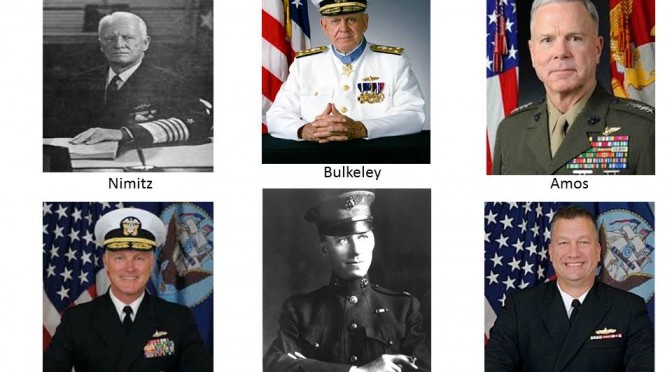 “…The supreme art of war is to subdue the enemy without fighting.” –Sun Tzu, The Art of War

In modern parlance, winning without fighting is accomplished in Phases 0 and 1 of a campaign.  China is seeking to achieve a Phase 0-1 victory in the Pacific through its acquisition / deployment of Anti-Access Area Denial (A2AD) weaponry and economic / military coercion of its peripheral neighbors. When the two are coupled, US operational and diplomatic freedom of maneuver becomes severely constrained, and decisive counter-strategy is required.

Historically, the US has attempted to counter each of China’s weapon systems / diplomatic moves individually without attacking its overall strategy.  When new Chinese weapons systems are deployed, new American countermeasures are fielded.  When China builds new islands where disputed sandbars and reefs once existed, the US flies freedom of navigation sorties overhead.  When individual South East Asian countries are coerced by China to abandon multilateral UNCLOS negotiations and sign bilateral agreements, the US reaffirms support of multilateralism.  The American strategy demonstrates

resolve and intent, but does little to shape the environment, and deter the near peer competitor.  It plays like a precipitated withdraw and ceding of the South China Sea to China—a stunning admission that there is seemingly little that the US can do when faced with the Chinese dominated political-economic landscape on one hand and a potential naval – air war of attrition on the other.

The potential Chinese A2AD environment is particularly daunting for the US Pacific Fleet.  Chinese forces could elect to deploy their anti-surface / land attack ballistic and cruise missiles to keep American carriers outside of the 9-Dash Line; disable reconnaissance satellites; jam communications necessary for secure / centralized command & control; threaten to overwhelm remaining forces with vast numbers of aircraft while using the majority of their ships and submarines to counter the US asymmetric advantage in undersea warfare. By asymmetrically threatening American Navy “kill chains”, and especially by holding its naval center of gravity—the CVNs—at risk, the Chinese can effectively turn the American critical strength into a critical vulnerability.  The US cannot afford to lose even one CVN and thus when confronted with the threat of a paralyzing strike against its Pacific CVNs followed by an attrition war, it is prudent to assume that the US would not risk the losses and would exit the battlespace. A potential de-facto Chinese victory in Phases 0-2 could thus be achieved without a decisive Mahanian sea battle–just a credible threat.

In Distributed Maritime Operations: Back to the Future, Dr. Benjamin Jensen states that

“…integrating land and naval forces as a ‘fleet in being’ denying adversary sea control is at the core of the emerging distributed maritime operations paradigm.”

The defining of the pieces parts and the organizational construct of this paradigm is at the heart of the matter.  General Al Gray, USMC (ret) and Lt. General George Flynn, USMC (ret) recently presented at the Potomac Institute their thoughts on Sea Control and Power Projection within the context of The Single Naval Battle.  In their vision, the forces would include:

To this list I would add tactical level cyber capabilities.

Forces engaged in these missions will likely operate in near proximity to each other and in joint / combined operations, as the American, Australian, New Zealand and British sea, air and land forces of Guadalcanal did.  They will be required to pose sufficient threat to Chinese forces without significant reinforcement due to anticipated Chinese A2AD.  The inter-complexity of their likely combined Sea, Cyber, Air, Ground operations dictates that their task force command and control should not be ad-hoc, but must be defined well in advance to allow for the emergence, experimentation and exercising of command knowledge, skills, abilities and tactics / doctrine. US and allied lack of exercising joint/ combined, multi-domain operations prior to Guadalcanal led to tactics and command and control (C2) doctrine being written in blood.  This lack of foresight should not be repeated.

A SCAGTF construct allows for the US to shape the environment with its allies, deter the [Chinese], and if necessary to seize the initiative, buying time for the massing of forces to dominate the battlespace.  The SCAGTF is one way to integrate the great ideas of our best strategists on distributed maritime operations into a single, flexible organizational structure that is capable of mobile, simultaneous combined / joint multi-domain operations in all phases of warfare.  Such a force could aid the US in reversing its Pacific fortunes, in reinforcing multilateral peace and security for the region, and ultimately in realizing Sun Tzu’s bloodless victory.

Nicolas di Leonardo is a graduate student of the US Naval War College.  The views expressed here are his own and do not necessarily reflect those of the War College or the United States Navy.

One thought on “Enter the SCAGTF: Combined Distributed Maritime Ops”