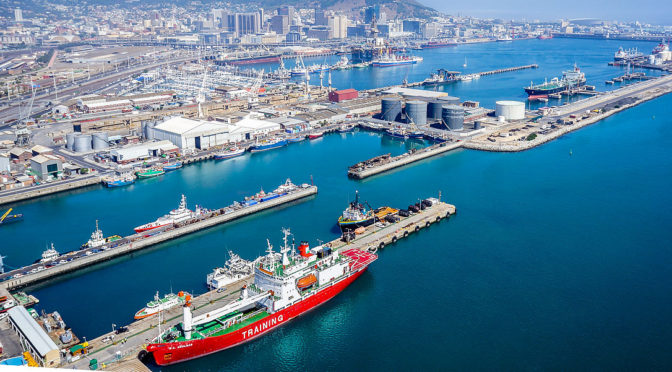 Oceans support the livelihoods of over three billion people, provide the primary source of protein for a third of the planet, and are the transportation corridor for over 90 percent of internationally traded goods. The global blue economy is expected to grow to $3 trillion by 2030. This explosive growth is fueled by exciting bluetech startups creating new technologies to increase our understanding and ultimately unleash the full potential of the oceans. In recognition of the important but yet untapped potential of the oceans, the United Nations Decade of Ocean Science for Sustainable Development will launch next year.

A digital ocean would advance our blue economy and ability to safeguard oceans in remarkable ways, providing unparalleled insights and access to some of the most remote and inhospitable places on our planet. This “Internet of Things” for the ocean would create a network from seafloor to ocean surface across millions of square miles. Leveraging advances in artificial intelligence, communications and robotics, a system of underwater, surface, and aerial drones could continuously patrol the maritime environment while powered primarily by the sun, wind, or waves. Data from advanced sensors, cameras, and acoustics transmitted in real-time would provide early warning for risks like oil spills, safeguard against illegal fishing, and detect subversive ships and submarines.

To achieve these innovative breakthroughs, we need bluetech companies, yet even those with great promise are extremely vulnerable in their early stages due to the challenges of fundraising, attracting talent, and product-market fit. But uniting global innovation ecosystems has the potential to foster and unify disruptive technologies to protect and make the most of shared resources like our oceans.

Accelerators nurture fledgling companies and shepherd them to a stage of greater resilience by providing business guidance, access to capital, connection to community, shared resources, and the support of a mentor network to grow early-stage tech companies. The number of accelerators increased tenfold in the U.S. between 2008 and 2014, and now there are more than 7,000 accelerators and incubators globally. According to a report by the Brookings Institute, the average value of U.S.-backed accelerator companies is $7.1 million, and for those that go on to secure venture funding, their valuation skyrockets to $90 million.

The innovation and capital creation that is unlocked through accelerators is impressive, but could it be better? What if we were to create a global accelerator network to turbocharge the bluetech sector and focus companies on the creation of the digital ocean?

To do this, we would need a driving force that can connect nations, bring them together, and focus them on a common goal. NATO, with its 30 allies and over $1 trillion dollars in annual defense expenditures, is well-positioned to lead this new global accelerator network toward a common goal, like the creation of the digital ocean. The seas are critical to NATO member states, with 24 being maritime nations, and the remainder within close proximity to the water. These nations have a shared need to protect their waters to ensure safety, economic prosperity, and food supply for their citizens.

In fact, the newly launched NATO Maritime Unmanned Systems Initiative (MUSI), which brings together 14 NATO Allies to accelerate the development and integration of unmanned systems into Allied navies, could lead the effort to create the digital ocean. Given just how vast our oceans are and how expensive ships, submarines, and aircraft have become, it is clear that drones above, on, and below the water will be critical in making the digital ocean a reality. Maritime drones, many of which are created by bluetech startups and powered by wind, solar, and wave energy, are relatively inexpensive to build and operate. And these drones, when networked over secure digital networks, could not only increase our understanding of the maritime domain, but also help secure it by providing a powerful deterrent to potential adversary submarines, seaborne migration, and illegal fishing.

NATO, led by the MUSI team, could use this shared focus and pooled resources to create a network of accelerators in member states, all working toward the same goal. Each country’s accelerator would harness the nation’s academic resources, business elites, technology giants, and venture capital to drive toward the digital ocean. This convergence of research, business, and venture creates an ecosystem that nations need to drive a culture of innovation and give rise to the startups needed to finally harness the ocean’s full potential. The accelerator’s impact would be leveraged beyond its borders by linking it to the network of NATO accelerators, all focused on exciting new bluetech to make the digital ocean a reality. These accelerators across nations would share assets, knowledge, and expertise creating a pool of resources that is unlike anything else we have seen in the accelerator space to drive the development of new technologies.

Uniting the fast-paced innovation ecosystem that flourishes within accelerators with the support and guidance of NATO, with its seven decades of experience and unparalleled resources, can be the driving force that unlocks the disruptive technologies we need to tackle the seemingly unsolvable problems in our oceans. A global accelerator network under the shared vision of NATO would leverage comparative advantage, creativity, and capital to win the race to create new technologies and implement them. It has the potential to be uniquely capable of focusing on challenges and opportunities that transcend borders, like our oceans, paving the way to create a digital ocean that would meet both our security and commercial needs, grow the ocean economy, advance sustainability and protect our waters.

Julie Angus is the CEO and co-founder of Open Ocean Robotics, a marine drone company that is transforming how we understand and protect our oceans. She is a leading adventurer, bestselling author, scientist and entrepreneur, who was awarded National Geographic’s Adventurer of the Year award when she became the first woman to row across the Atlantic Ocean from mainland to mainland.

Michael D. Brasseur co-founded and served as the first Director of the NATO Maritime Unmanned Systems Innovation & Coordination Cell (MUSIC^2), which is the key integrator and accelerator for the NATO MUS Initiative which aims combine the synergistic network effects offered by the most powerful global military alliance with the agility, ingenuity, and mindset of a start‐up to enhance the Alliance’s capabilities through manned/unmanned teaming. Michael has commanded two U.S. Navy warships, served on four others, and sailed the world’s oceans with friends and allies. His views are presented in a personal capacity and do not necessarily reflect those of any government or agency.

Julie and Michael both serve on the NATO Maritime Unmanned Systems Innovation Advisory Board (IAB), providing advice on how best to improve, accelerate and scale the NATO MUS Initiative.