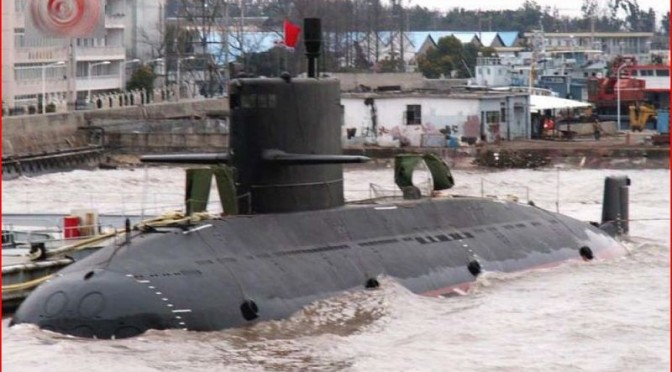 In May 2015, a Chinese Type 041 Yuan-class submarine (pennant number 335) entered the Indian Ocean and made a week-long port call at Karachi, Pakistan. This development caused alarm in India, at least in the media circles, particularly since it comes barely six months after the first-ever Indian Ocean deployment of China’s Song-class submarine between September and November 2014, and its docking in Sri Lanka’s Colombo port. Notably, following the Colombo docking, NMF view-point titled “PLA Navy’s Submarine Arm ‘Stretches its Sea Legs to the Indian Ocean” of 21 November 2014 had predicted future Chinese submarine dockings in Pakistan’s ports. These seminal developments call for an objective assessment in terms of China’s intent underlying its submarine deployments in the Indian Ocean and its implications for India.

Alike the port call in Sri Lanka, China is likely to justify the submarine visit to Pakistan as a replenishment halt enroute to PLA Navy’s ongoing counter-piracy mission in the Gulf of Aden. However, these deployments may be seen in context of the growing volatility of the security environment in the South China Sea, including the increasing brinkmanship between China and the United States. In case of a maritime conflict in the area, China’s energy shipments transiting the Indian Ocean are strategically vulnerable. Through its submarine deployments, China may be seeking to deter its potential adversaries against interdicting its Sea Lines of Communication (SLOC) in the Indian Ocean.

By virtue of its opaque operating medium, a submarine has always been a potent platform of war. The technological advances in satellite and air surveillance have not been able to offset the submarine’s inherent advantage of stealth. On the other hand, the advances in underwater weaponry – particularly submarine-launched anti-ship and land-attack missiles – have further enhanced the submarine’s lethality. The only constraint of a conventional (diesel-driven) submarine – like the Song-class – is to re-charge its batteries, for which its need to come up to the sea surface (for access to atmospheric oxygen) every two or three days, depending upon the usage of the batteries. This limits the submarine’s operational role and makes it highly vulnerable. However, Air Independent Propulsion (AIP) technology – such as on the Yuan class – has eased this constraint substantially, since its stored liquid oxygen enables the submarine to operate underwater for an extended durations of as much as two to three weeks.

Among the aims specific to the Yuan 335 call at Karachi, the foremost may be to showcase the Yuan to the Pakistan Navy. Notably, news-reports indicate that Pakistan Navy (PN) is likely to acquire up to eight Chinese Type 41 Yuan-class submarines. The contract between Karachi Shipyard and Engineering Works Limited (KSEW) and China Shipbuilding and Offshore International Co. Ltd. (CSOC) includes building some of these at KSEW. These submarines are equipped with Sterling AIP system, which the Chinese claim is more efficient than the AIP systems currently available in the world. The week-long docking of the Yuan at Karachi – too long merely for replenishment – may also have been utilised for training of the KSEW and PN personnel on the submarine, and its machinery and weapon systems, particularly the AIP system.

While China may continue to deploy its conventional submarines in the Indian Ocean, these are likely to be supplemented with the upgraded version of its new-generation Type 093 nuclear attack submarines (SSNs), whenever these are operationally deployable. These SSNs are likely to be armed with anti-ship and land-attack missiles, and capable of launching Special Operations Forces (SOF) via Swimmer Delivery Vehicles (SDV). Since SSNs do not need replenished, these submarines would not need to enter any regional port, unless China wants to demonstrate a deterrent posture.

China and India share a complex relationship, competitive, and even potentially adversarial. Hence, even if increasing Chinese submarine deployments in the Indian Ocean is not directly targeted at India, the development has severe national security implications for New Delhi. The response to increasing Chinese submarine forays in the Indian Ocean lies in developing affective air, ship and submarine based Anti-Submarine Warfare (ASW) capabilities, including sub-surface Maritime Domain Awareness (MDA).

One thought on “China’s Yuan-class Submarine Visits Karachi: An Assessment”