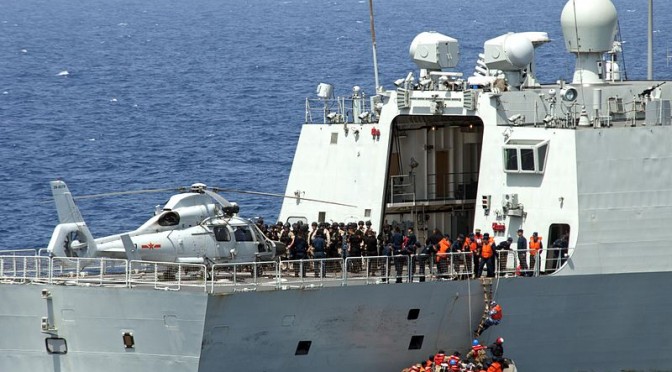 On April 3, the 20th anti-piracy flotilla of the People’s Liberation Army Navy got underway for operations off the Horn of Africa.  Since the arrival off Somalia of the first Chinese anti-piracy flotilla in January 2009, approximately three flotillas have successively served annually in that region.  Simple data compiled from open sources on the deployments of these flotillas is provided in the slides below.  Although these only represent anti-piracy flotillas, combined with other studies, they represent a broader pattern of global presence and increased capabilities of the PLA/N.  The following recent articles and studies are offered to provide readers with greater recognition of the issue: 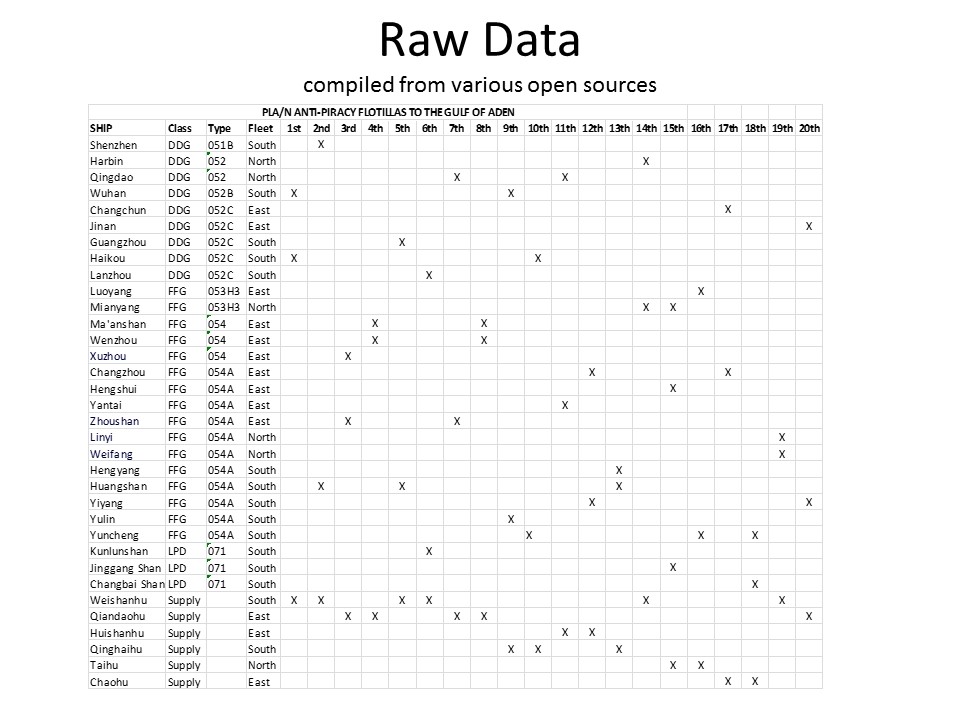 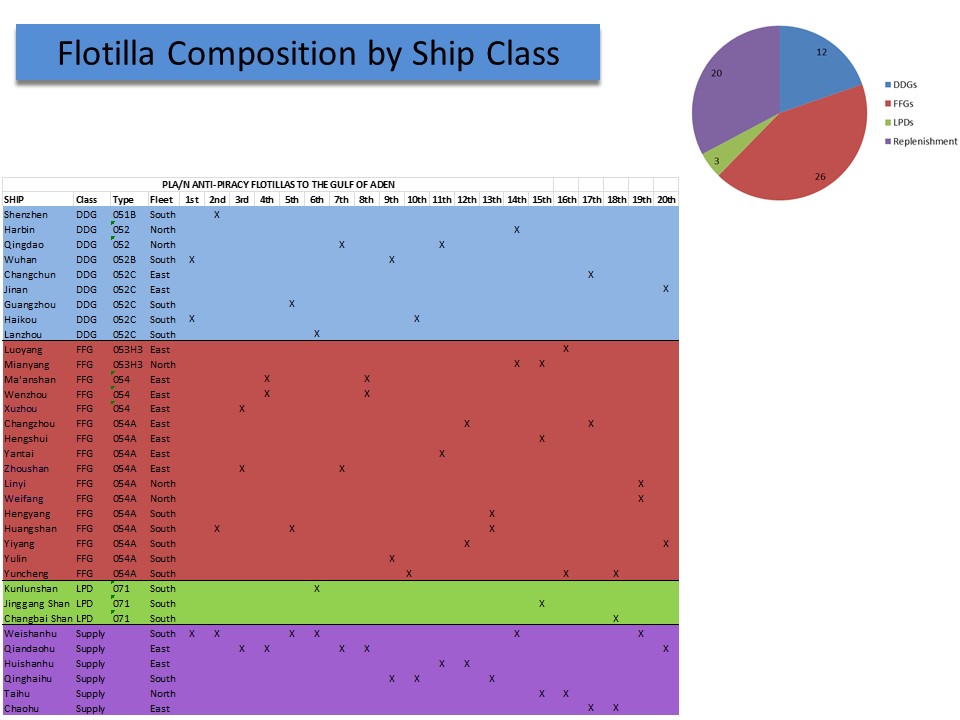 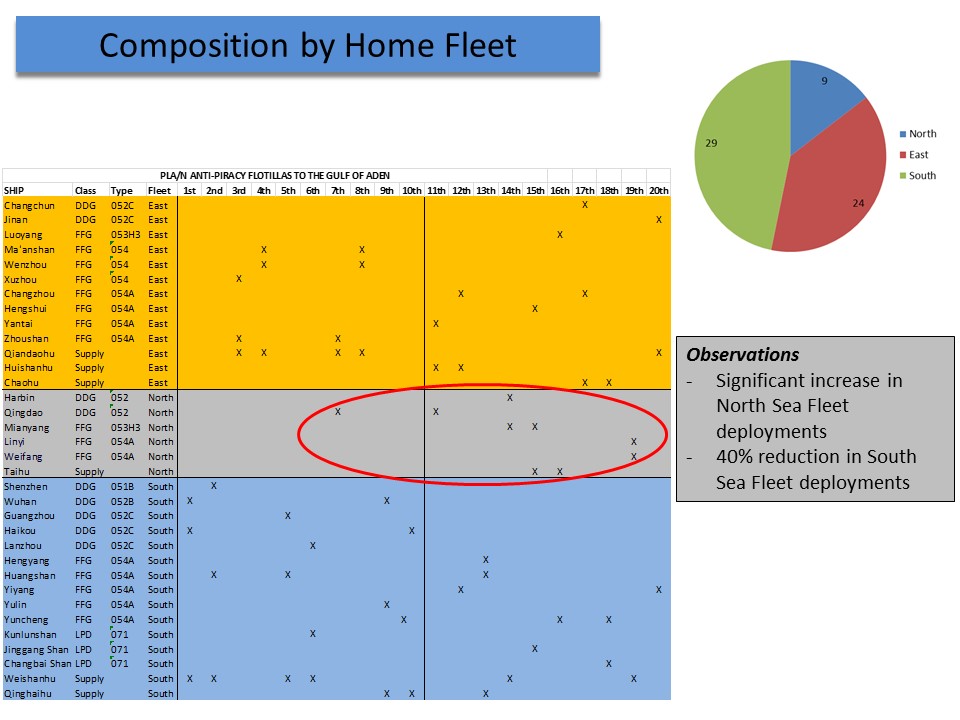 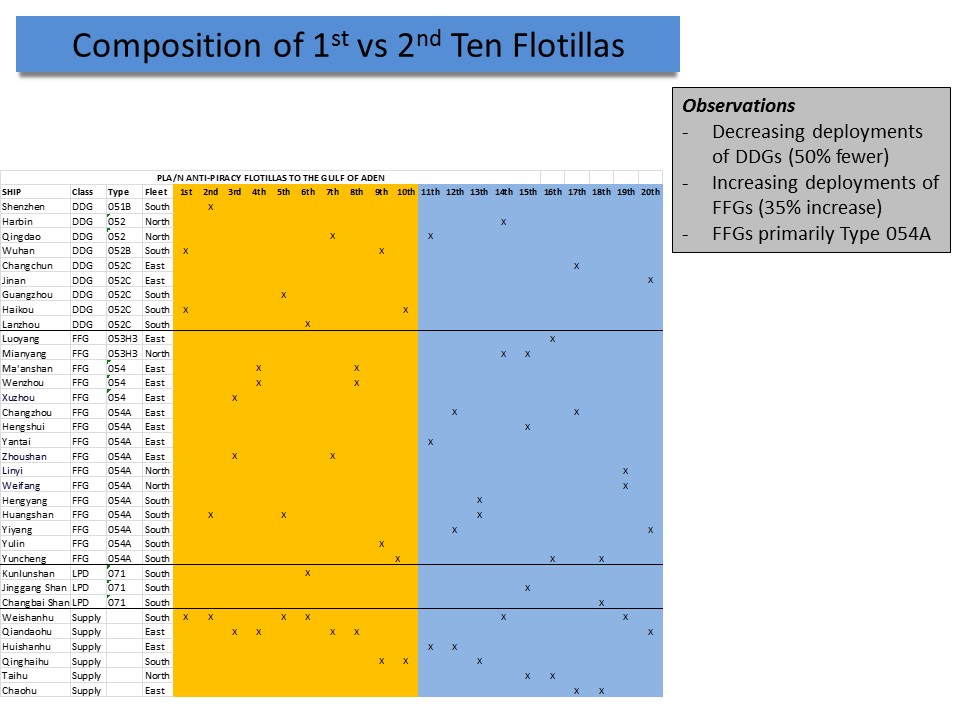 2 thoughts on “China’s Anti-Piracy Flotillas: By the Numbers”