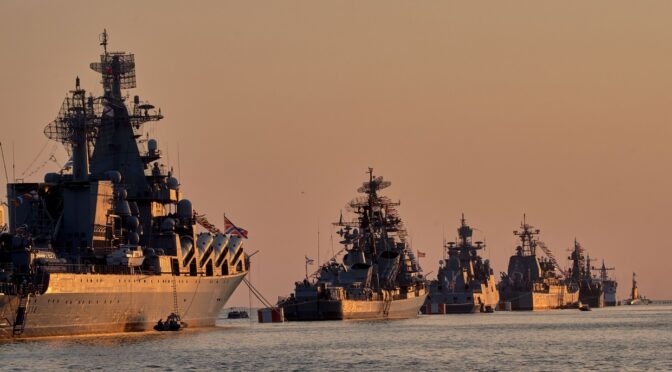 The current Russia-Ukraine crisis has cast a shadow over Europe as more than 100,000 Russian troops border Ukraine and 140 Russian Navy vessels exercise at sea. Russian naval power, especially forces in the Black Sea, could feature significantly in a major contingency involving Ukraine.

The preservation of Russian naval power featured prominently in the modern origins of the Russia-Ukraine crisis. As the homeport of Russia’s Black Sea Fleet in Sevastopol came at risk of being under the control of a western-aligned Ukraine, Russia seized control of the Crimean peninsula in part to preserve its naval power. Now these same forces may be brought to bear against Ukraine in a new European conflict.

What is the state of Russia’s naval power today, and how could its naval forces be brought to bear against Ukraine? Or in an even more dire scenario, against NATO? How are Russian naval capabilities evolving, such as in the undersea domain and with respect to hypersonics? What is Russia’s maritime strategy and how are its maritime interests evolving?

Authors are invited to answer these questions and more as we consider the roles and evolution of Russian naval power and maritime strategy. Send all submissions to Content@cimsec.org.

One thought on “Call for Articles: Russian Naval Power and Maritime Strategy”