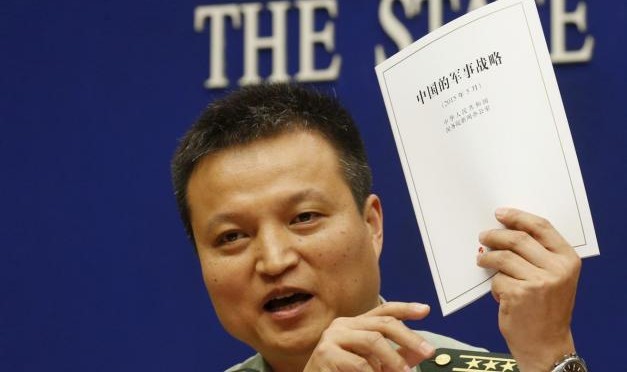 In a watershed moment, the Chinese Ministry of National Defense recently published a white paper on the Chinese Military Strategy (with an English-language version made available and published almost immediately by USNI News). This document lays out a policy for future Chinese military engagement with the world, proclaiming the centrality of active defense as the essence of the Chinese Communist Party’s military strategic thought and then describing an approach for implementing this military policy in the air, cyber, land, and maritime domains. This document comes at a particularly interesting time as General Martin Dempsey, Chairman on the Joint Chiefs of Staff, has since approved a new National Military Strategy for the United States, a strategy that names China explicitly as culpable for increased tension in the Asia-Pacific region and establishes an explicit interactive dynamic between the Chinese and U.S. strategies. While this is not the first time a U.S. National Military Strategy names China as a consideration, the shift in tone here is noteworthy.

During the first week of August, CIMSEC will host a series focused on exploring the relationship between the new Chinese military strategy and the strategic policies of the United States and others. Of particular interest are the dynamics of symmetry and asymmetry in their respective National Military Strategies (ideological, technological, doctrinal, coalitional, etc.); the implicit and explicit assumptions in each; the potentially divergent social and political purposes of such documents given their sources; and the implications for the other elements of national power in China, the United States, and the other actors (state and otherwise) in the international system. If the United States and China were to pursue their stated military strategies in whole or in part, what are the implications for their relative and absolute advantage? What are the acknowledged and unacknowledged risks for each in their stated policies?

Contributions should be between 500 and 1500 words in length and submitted no later than 29 July 2015. Publication reviews will also be accepted.

Eric Murphy is a Strategist and Operations Research Analyst with the United States Air Force and a graduate of the School of Advanced Air and Space Studies.