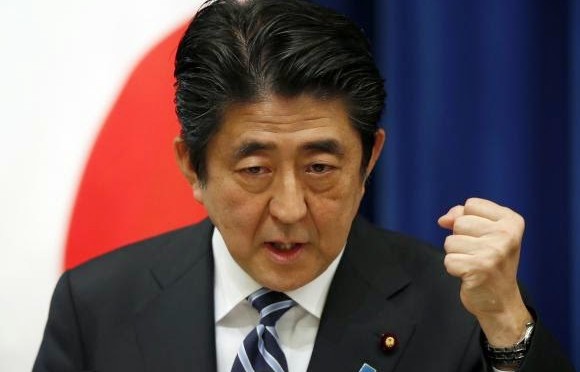 Vietnam’s Vice Defense Minister Nguyen Chi Vinh told Reuters on Monday at the Shangri-La Dialogue in Singapore that the country expects to receive patrol boats from Japan early next year.

This is the first timeline provided by either side, where as recently as Friday at the same conference Japanese Prime Minister Shinzo Abe said only that Japan was “moving forward with the necessary survey to enable us to provide such vessels to Vietnam.”

Japan’s assistance comes as both nations engage with China in high-stakes territorial rows over disputed islands and their attendant Exclusive Economic Zones (EEZs) – Japan over the Senkakus/Diaoyus in the East China Sea, and Vietnam over the Paracels/Xishas in the South China Sea.

Vietnam’s lack of capacity to defend its claimed EEZ was highlighted when it unsuccessfully tried to disrupt the operations of a Chinese oil rig moved into waters off of Zhongjian Island in the Paracels last month, sparking water cannon battles, collisions, and the sinking of a fishing vessel.

Patrol-boat aid for Vietnam has been on Japan’s agenda since at least late 2013. Vietnam reportedly sought 10 Japanese patrol boats as early as April last year, and Abe confirmed in December that the two nations were in talks over a deal. The exact number of patrol boats, their specifications, and whether they would be procured through a Japanese-secured soft loan have not been confirmed. 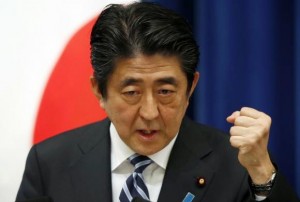 Last week, Abe told the Japanese Diet that Japan would be unable to provide Vietnam with used, likely more-capable coast guard vessels in the near term due to its own need for maritime capabilities in the current environment. Abe at the time made no mention of the provision of new vessels for Vietnam, although he had agreed in March to send a survey team to the country to research the possibility of a donation.

While it is unclear which maritime departments within Vietnam would receive the vessels, Hanoi took the step in October of transferring the Vietnam Marine Police from the Navy to the Coast Guard to make it eligible for the vessels under Japan’s Overseas Development Assistance (ODA) rules which prohibit aid from use for military purposes.

Japan has in recent years agreed to other patrol boat “gifts” to Southeast Asian nations. In 2007, it provided three new 27 meter patrol vessels to Indonesia and agreed last July to provide ten 40-meter vessels to the Philippines, slated to begin arriving in the Philippines in the third quarter of 2015. While the Philippines deal is also called a donation, the vessels are being procured through a $184 million soft loan announced in December.

In addition to patrol boats, Japan has over the past decade engaged in a variety of programs aimed at boosting the maritime capabilities of Southeast Asian nations, including counter-piracy, search and rescue, and maritime domain awareness training and assets.

Maritime capacity building aid for Vietnam has been forthcoming from the United States as well. In December U.S. Secretary of State John Kerry announced that the U.S. would give Vietnam $18 million to develop its maritime capacity, including funds earmarked for five fast patrol boats, and the U.S. Navy and U.S. Coast Guard have increased training engagements with the nation since 2010.

In April, Abe and President Obama released a joint statement affirming their joint commitment to, “assist Southeast Asian littoral states in building maritime domain awareness and other capacities for maritime safety and security so that they can better enforce law, combat illicit trafficking and weapons proliferation, and protect marine resources.

Seen as a dual-purpose effort to maintain regional stability by enhancing sea lanes defenses against maritime crime and boosting the deterrence capabilities of those in territorial disputes with China, the partnership is likely to manifest itself in future coordination in the region.

This article was cross-posted in coordination with USNI News.