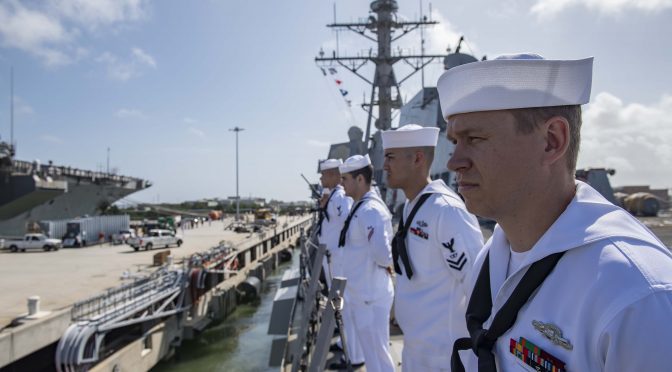 Our Navy Reserve is crying out for attention. However, high retention may lull Navy leaders into thinking the system is working and Sailors are well-cared for, when in reality they are gritting their teeth to make it to 20 years of service. Administrative problems associated with reserve mobilization are critical and plague Sailors until the day they are demobilized and sent home, and sometimes beyond. The USNR’s vision of providing transparent and seamless administrative systems is unrealized, with gaps wide enough to accommodate a Carrier Strike Group and transparency on par with a Papal Conclave.

Reservists are being deployed into billets across the joint force that are not reviewed closely enough to reveal that many are jobs so unimportant that commanders are purposefully gapping them, choosing instead to fill them with “cheap” labor. Sailors arrive to service equipment that isn’t present, analyze intelligence that’s not being collected, and develop target packages for missions not being executed.

When reservists deploy, they are confronted with crippling financial complications, from unpaid travel expenses to salary issues rendering them incapable of paying their bills at home. Sailors are told in their first week of mobilization that they will not be repaid for travel expenses within the Congressionally-mandated timeline for reimbursement, but “not to worry, because the issue is receiving flag-level attention.” Sailors use personal savings and credit cards to settle the Navy’s bills. Some arrive home after nearly a year deployed still waiting on repayment.

Issues including non-payment of housing allowances, incorrect debts being assessed against Sailors, and checks held 100 days past the end of deployment are commonplace. In most cases, the Navy will eventually make its Sailors financially whole, but who will pay Sailors’ bills in the interim? I have yet to encounter the landlord that accepts IOUs, nor the utility company that provides power on the promise of reimbursement, nor the grocer that offers food on credit. Should Sailors tell their landlords not to worry, because the issue is receiving flag-level attention? Members are being plucked from homes and workplaces and placed into a position of financial instability, draining personal savings, and causing insecurity in families. Sailors’ minds are divided between their deployed duties abroad and ensuring their loved ones are not put out into the street at home.

Stand down mobilizations until the processes are in place to pay Sailors what they’ve earned. Conduct a mission analysis for the USNR, and closely vet the list of mobilizations. Assume responsibility for the financial outlay of deploying sailors via centrally billed accounts. Modernize and optimize our pay system using existing commercial platforms that provide simplicity and transparency.

Navy reservists are ready and eager to serve, but what message do they receive when they arrive on deployment and are told the duties they have arrived to execute are unimportant or nonexistent? Administrative problems have administrative solutions, but without attention from above, they will languish and Sailors will suffer the consequences.

Lt. Blake Herzinger is an intelligence officer in the U.S. Navy Reserve, deployed to U.S. Fifth Fleet. The views expressed in this article are those of the author alone and do not represent those of his civilian employer, the U.S. Navy, the Department of Defense, or the U.S. Government. This piece was first published by Cdr. Salamander in a longer format titled “A Breach of Faith: The Navy Must Fix the Way it Pays Mobilizing Reservists.“

27 thoughts on “The Navy Reserve is Broken”