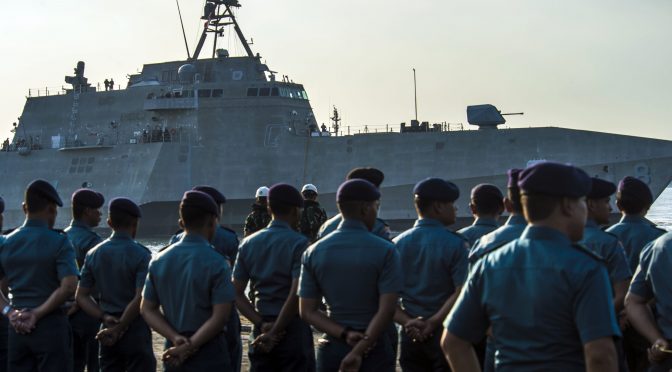 The new Chief of Naval Operations (CNO), Admiral Michael Gilday, is taking control of the U.S Navy in a time of transformation and reform. Not only has the strategic environment changed abroad but over the past several years the Navy itself has been undergoing serious, long-term structural reform. It is encouraging that he speaks of a Navy more adaptable to the realities of great power competition and about the challenges we face in the maritime domain. However, I cannot help but feel that the CNO’s focus should take a deeper, harder look at his own organization more so than the strategic affairs of the world. The CNO should focus on his role of training, developing, and administratively overseeing the U.S Navy, specifically in two key areas that are adversely affecting the fleet: administrative and personnel structure, and force dynamism.

Right now, the U.S Navy is suffering under a suffocating personnel and administrative structure. We are in a time of great power competition, with great power competitors who can ably challenge our maritime operations around the world. The U.S Navy needs a fleet and structure that rewards unconventional thinking and unconventional actions, crucial aspects of adaptability against near peer competitors. We need a less bureaucratic and risk averse Navy that is as responsive and adaptative to internal sources of innovation as it is to the outward strategic environment.

Similarly, we need a more accountable Navy as well. Within the last few years there have been repeated scandals and negligence that impact the whole fleet, often involving senior leaders. Whether it is the Fat Leonard scandal, the misconduct of the prior MCPON, or the lack of leadership and training in Seventh Fleet, clearly the fleet has been suffering from institutional malaise. If we are to have a less risk averse and more dynamic Navy, we need to improve how accountability and fairness works throughout the ranks. Encouraging the balance of a more dynamic Navy and an accountable one may be a demanding task, but it is feasible only with the right determination and cooperation to attain it.

By establishing a firm foundation of dynamism and accountability, the Navy will then be able to train Sailors better. Considering recent critical reports of Navy cybersecurity, it is imperative the fleet is trained for a fast-paced, technological fight. Our great power competitors certainly are not slowing down in the race for technological supremacy. But as our ships become more autonomous and crew size decreases we will need ever more highly-trained Sailors who can pace rapid technological change and be ready for any scenario.

Above all we must be ready for the uncomfortable fact that competitors, once again, have emerged that can challenge the U.S in terms of ability and capability. Not since the collapse of the Soviet Union in 1991 have we faced such a competitor, and we have unfortunately lost the mentality that we can be equaled or even surpassed by other countries. Building a solid foundation to successfully defend against challenges from great power competitors requires investing in our fleet and in our Sailors. But without shedding the bureaucracy, holding Sailors to account, and investing in more high-tech training we will only be disadvantaging ourselves.