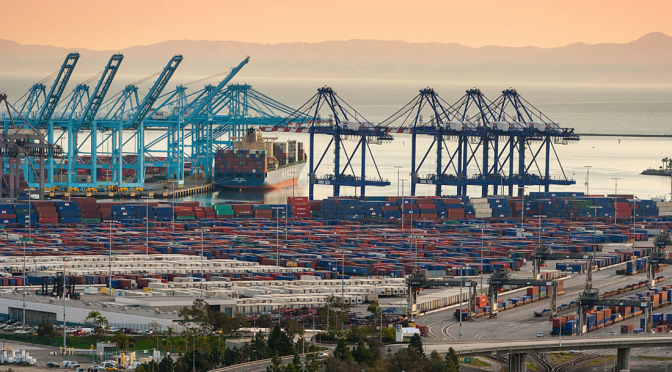 The relationship between the sea and information is ancient. In 480 BC, the Greeks learned of a secret naval invasion planned by the Persians. According to Simon Singh in The Code Book, the message was delivered steganographically on a covered tablet giving sufficient time to prepare for a defense that ultimately led to victory.1 Through information theory, the quantitative theory of coding and transmission of signals and information, we discover that information is a physical property of our reality and a resource to be guarded. In the words of Charles Seife, “Information is every bit as palpable as the weight of bullet, every bit as tangible as the heft of an artillery shell—and every bit as vulnerable as a freighter full of ammunition.”2

Today’s maritime security hinges on information. As Admiral (ret.) James Stavridis  argues, nowhere is the gap between threat (high) and defensive capability (low) as large as on the cyber front. Derived from ‘cybernetics,’ “cyber” loosely refers to information loops and everything that is connected to a computer network. The shipping industry (which feeds, fuels, and clothes our country) is growing increasingly connected to the internet and therefore more vulnerable to cyber attacks. New cyber technologies are also being used in the maritime field to solve climate and natural resource puzzles — both keys to long term human survival. Through cyber education and training, citizens and leaders can gain an edge in the digital world and invest themselves in solving some of the most pressing maritime security problems.

Our relationship to the ocean has been transformed by cyber. As John C. Perry outlines in “Beyond the Terracentric,” the ocean can be seen as an avenue, arena, and source.3 Before the standard shipping container system was invented, ships were unloaded with back-breaking efforts of manual laborers. Today, cranes take care of the work, moving containers from the ship to the shore (and vice versa). Sometimes loading and unloading is done with humans operating joysticks, while in other places computer programs sift through the manifests and unload using algorithms. Automatic ports may be targeted by external actors looking to manipulate freight shipments for their benefit.

In 2016, The Economist and The Journal of Commerce chronicled the sagas of the Port of Long Beach, California and the Port of Rotterdam, Netherlands and their transitions towards automation. When viewing an operation with computerized manifests, automatic cranes, and even driver-less trucks moving containers, it is imperative to remember that what is connected can be compromised at every level. Such an interconnected world increases the opportunities for external targeting while raising the stakes for maritime security for the United States. Estimates show that ninety percent of the world’s goods are imported by sea.4 As a single example, each year more than $180 billion of goods (or 6.8 million containers) pass through the Port of Long Beach.5 A brief interruption in shipping made by a foreign government, company, or private individuals would likely ripple through a nation with economic effects reverberating up and down the supply chain.

On the bright side, new computer technologies may allow us to more easily monitor changes in ocean health conditions. With improved information, states and actors can ensure better protection for the ocean and fish that are crucial to industry and food supplies, especially in disputed areas. States can track each other and keep accountability through satellites and technologies like AIS (automatic identification system). New cyber capabilities like The Internet of Things (IoT) may allow us to revolutionize ocean data analysis and create new levels of environmental responsibility. Social entrepreneurship ventures like Blue Water Metrics now aim to crowdsource data collection via the world’s oceangoing shipping fleets and upload all the ocean data to a cloud database. Educating state leaders offers the best chance of maximizing the positive externalities of technological change, both in protecting natural resources and shipping assets.

Increasing information literacy will improve competitiveness in nearly every field. Studying information theory, encryption, and coding with the same vigor as foreign languages may transform an individual’s field and personal career trajectory. In the book Dark Territory, Fred Kaplan describes how Cyber Command personnel grew from 900 to 4,000 between 2009 to 2012, and is expected to climb to 14,000 by the end of 2020.6 Established academic institutions could recognize certificate programs from organizations like Codecademy via transcript notations, which may improve educational and employment prospects.

Cyber education can be seen both as a patriotic duty and as an economic opportunity. As far back as 1991 the National Research Council observed that “the modern thief can steal more with a computer than with a gun.”7 By educating tomorrow’s cyber leaders, institutions, and community, organizations can empower people to defend themselves intelligently against thieves and reinvent themselves by beginning careers in the digital world.

The Polaris of Programming

Not all innovation needs to be forward looking. In the evolutionary dance between encryption and decryption, centuries passed before certain “unbreakable” codes were broken. The Fletcher School at Tufts University combines international studies and the analysis of world events with cyber studies in its course Foundations of International Cyber Security. Scholar practitioners, such as Michele Malvesti, offer unique perspectives on the past and the pipeline of the future, including the importance of supply stream, deterrence, and attribution. Graduate-level cyber curricula can unlock strategic chess moves for governmental, citizen-led, and private organizations alike. Incorporating history in computer science education, like Harvard’s course Great Ideas in Computer Science, can provide fertile intellectual context where principles can be appraised and applied in modern contexts. Scientists throughout history, like Abu Yusuf Yaqub, Blaise de Vigenere, and Charles Babbage make great role models along with programmers like Ada Lovelace and RDML (ret.) Grace Hopper.

When programming is seen as an essential language, computer history as a strategic advantage, and information as an environmental and security opportunity, our digital tribe will be better able to overcome uncertainty and adversaries.

An entrepreneur and former boat captain, Jack Whitacre studied international security and maritime affairs at The Fletcher School of Law and Diplomacy. Contact him at James.C.Whitacre@gmail.com.

4. Rose George, “Ninety Percent of Everything: Inside Shipping, the Invisible Industry That Puts Clothes on Your Back, Gas in Your Car, and Food on Your Plate,” 2013.