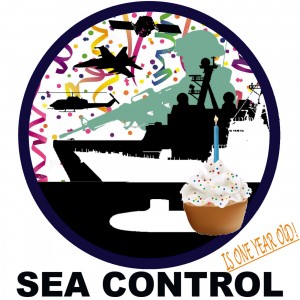 We are available on Itunes, Stitcher Stream Radio, etc… Remeber to subscribe, leave a comment and a 5-star rating.

From the entertainment of the risk board to the grand scale of international exercises… war games of varying types and scale inform and misinform us in learning about war and conflict. For the first in a two-part series on wargaming, CIMSEC jumped onboard with Jeff Anderson and the CNO Rapid Innovation Cell Podcast to discuss the CRIC’s Fleet Battle School game as well as a more general group discussion of the benefits, tripfalls, potential and limitations of wargaming. Chris Kona discusses the Fleet Battle School game and some larger wargaming programs. Jeff nerds out on Starcraft, and I talk a bit about the first world war.

Speaking of wargames… remember, CIMSEC is running our “Sacking of Rome” series starting 16 June! Instead of talking about securing the commons, maintaining global security… using historic examples, modern-day developments, or predictions of the future, red-team the global system and develop constructive answers to your campaign. If you were an adversary, how would you seek to subvert or tear down the global system and how could we stop you? Paul Pryce is our editor for the week: (paul.l.pryce -at- gmail.com).

While some might claim military innovation is an oxymoron, many fight that sentiment every day to build a flexible and effective military force. Join Jon Paris, Ben Kohlmann, and Matt for a podcast about military innovation, the CNO’s Rapid Innovation Cell, and Professional Military Education. Remember to bother everyone you know until they listen and subscribe to the podcast. We are available on Itunes, Xbox Music, and Stitcher Stream Radio. Enjoy Sea Control 12: Innovation (download).

How the U.S. Navy is embracing crowdsourcing and cloud collaboration, what it means to you, and how you can take advantage of the tools

Readers of the NextWar blog will recall that in the past I’ve bemoaned the U.S. Navy’s limited success tapping into web-enabled “social” tools. Specifically, I noted the lack of efforts to use either crowdsourcing tools to generate and develop ideas, or to provide the sort of collaborative tools to which Sailors have grown accustomed in their personal lives.

In addition to the exceptions I mentioned in the article, such as the U.S. Naval Postgraduate School (NPS)’s MMOWGLIs, commentators kindly pointed out a few more, and I have through professional exposure since stumbled upon others. Further, as many are likely aware, in just the past month some new tools have come online or been revamped. I feel, therefore, a reassessment is warranted. What follows is a brief overview of the social web-enabled tools on offer for U.S. maritime professionals – whether by culling ideas (the Crowdsourcers) or by empowering organizations (the Collaborators). I’m more familiar with some than others, but this is not intended to be an exhaustive review – the best way to fully learn the caps and lims of any of these sites is to play around with them and see how they can aid in your specific mission accomplishment.

From our non-U.S. friends, I’d be interested to hear what’s available in their toolboxes to leverage the concepts and underlying platforms of the web.

NPS partners with various other Navy commands to run these online games, which tap into the combined knowledge and ideas of the invited crowd to respond to scenario prompts. These response ideas are critiqued by other players, steering the decisions in future actions in the game, allowing people to work through (and the game sponsors to collect input on) the second- and third-order consequences of potential solutions. Past MMWOGLIs have focused on topics such as piracy and the electro-magnetic spectrum, while the next MMWOGLI (scheduled for September) will focus on additive manufacturing (aka 3D-printing), of which we have written about much on this blog. My only real complaint is that I’ve had trouble accessing past MMWOGLIs on a lot of NMCI computers, so can’t really speak personally to the “gameplay”.

This new site is the core of the CNO’s recent tasking to find ways to create a more efficient Navy by Reducing Administrative Distractions — or RAD. The site uses the IdeaScale platform and boasts a clean look, crowdsourcing, and gamification: users vote for favorite posts, earn points through a variety of manners – incentivizing input, earn patches for a variety of “accomplishments”. While a leaderboard displays the top point-earners, the Admiral in charge of the effort is looking to tie the virtual rewards with real ones. According to NavyTimes:

“While they are still working out details, [RDML] Shelanski said he hopes to secure funds to reward the generators of the top 10 ideas. He would like to award $1,000 prizes for the top three ideas. The rest of the top 10 would each earn $500.”

Nearly 600 ideas were submitted by the time of this writing. Unsurprisingly many posts take the form of typical Sailor complaints only loosely related to “administrative distractions”, but the better ones suggest practical solutions. My suggestion to the moderators is to give themselves a “pause” on new idea submissions every week or so, giving themselves the chance to actually find the diamonds in the rough and collate the many duplicative submissions, while still allowing the rest of the community to comment on the “ideas”.

The proverbial “suggestion box” set up by the U.S. Naval Warfare Development Command (NWDC) asks users to “pose solutions to problems by providing an easy-to-use platform to submit ideas, provide feedback, and vote for the best ideas.” Similar in function to RAD, but more broadly focused. You can participate both by donating your brightest thoughts and critically evaluating those of others. Also uses voting feedback to rate the ideas, although comments are more plentiful than votes.

The site features a handy Domino’s-like status “tracker” of your idea in the review/implementation process (although unlike the pizza it will unfortunately take longer than 20 minutes to see results). You can also see if it has been rejected, and the reason why, or moved over to the SIPR version for processing. It may suffer, though to a lesser degree, the same challenge of giving every idea a fair shake and collating duplicative submissions.

Although it would mean a loss of some control over functional design, for efficiency’s sake Navy organizations or groups in search of cloud collaborative sites should consider using Milsuite, Intelink, Max.gov, or Navy Lessons Learned rather than spending money to create their own.

Through Milsuite’s Milbook site, small (or large) DoD teams can use a an access-controlled, slick-looking cloud collaborative site to centralize documents, tasks, and discussions in a specific “group”. Users have a variety of project management tools they can integrate, and search for other users with expertise in a given functional area to bring in to critique ideas. The only real downside is that some functions, especially the permissions/access settings, are not entirely intuitive and the help documents leave a bit to be desired.

This site is restricted to federal employees with associated email or CAC/PIV. But like Max.gov, by keeping it broadly open it enables collaboration for projects across federal agencies. Users can on NIPR can create an Intellipedia page and on SIPR create a “team” to do the discussion and file-sharing collaboration. NIPR is expected to increase functionality and tools with Google platform tie-ins, but for now the SIPR version is a bit easier to use for collaboration.

This site is restricted to federal employees with associated email, allowing for cloud collaboration on projects across federal agencies. I have only poked around it a little but my first impression is that it is functional (posting documents, commenting, discussions), but some what bare-boned.

DCO’s basic purpose is web conferencing. It allows DoD users to create a virtual meeting that can integrate voice (with computer microphone/speakers), chat, and PowerPoint display functions – sharing slides and other files. Those on the go can also access the website via smartphones and a downloadable app, and a SIPR version is available. The site is great for those of us without VTC capabilities who want to add some visual oomph to telecons and keep everyone on the same page. The ability to hang and trade information is also nice – the files can also be kept up for a long time, so anyone who wants them again can just be directed back to the site.

The computer-driven version is pretty easy to use and understand, but I had a little more trouble on a smartphone working the site (There is an updated version that I’ve not yet had the chance to try). I’d also like to see DCO directly integrate phone lines as those hosting meetings typically must set up a separate telecon bridge to allow those who can’t pull up DCO from a phone or computer to also participate. With the reduction in travel spending there has been a marked uptick in the usage of this site – to the point where it has been maxing out its capacity. Lastly, I’m not sure how bandwidth-intensive this would be for anyone underway, but my guess is it wouldn’t handle well.

Another collaborative site run by NWDC could be used to pick up some of the slack left by the loss of groups such as the Surface Warfare Development Group for tactical innovations. Unfortunately in my limited poking around on the site on SIPR (http://tacticslive.nwdc.navy.smil.mil.) It doesn’t appear much used. This points to one of the fundamental truths of the collaborative sites: No matter how good in concept or design they are, they can’t help users collaborate unless they have users to begin with (often through command endorsement or enforced use).

I decided to return to the source – several years ago – of my angst with the Navy’s web-enabled tools and find out what’s changed. Navy Lessons Learned, part of Interagency Lessons Learned, has definitely undergone a facelift, and the ability to submit lessons learned has increased. There is also a “Communities of Practice” feature that allows those with the initiative to collate/centralize data (share observations/lessons learned/documents, etc., and comment on them) for communities at any level – from interagency groups to a wardroom. So those are big improvements.

Unfortunately, it’s still a bit clunky, dated looking, and not intuitive to navigate or search. It’s also split between NIPR and SIPR – which on one hand allows users to get more specific, but on the other splits efforts and users – sometimes in confusing fashion, as with the otherwise valuable Port Visits feature.

An “Issue Resolution” crowdsource function is ignored on NIPR, but has some legs on SIPR. Yet the process is opaque and clunky in comparison with the RAD and CollabLab sites. Without reading through the “training material” one has no idea who moderates the submissions or whether they will end up getting a fair look.

However, for its flaws, staffs or other groups looking for the infrastructure to quickly stand up restricted group to share restricted (FOUO or SECRET) files and lessons learned will find this site provides the no-frills functionality to do so, but as with the others it needs someone to convince or enforce everyone in the group to use the site. As with the Port Visits feature, there’s good nuggets in the site, but you have to dig for them.