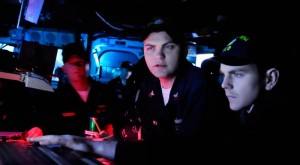 There have been some interesting posts in the past week or so on spurring naval innovation that are worth the time to read.  An article we cross-posted Wednesday, by LCDR Jason Schwarzkopf, dealt with fostering broad, collaborative discussion on tactical and practical naval matters and it received a well-reasoned response from CDR Salamander at his synonymous site.

Another post, by Robert Kozloski, “The Politics of Naval Innovation Revisited,” laid out some of the fascinating political aspects of working through the bureaucracy to champion the innovation that might develop out of such discussions advocated by Jason (especially innovation of a material/technological nature).  One of the findings Robert highlights from a 1994 U.S. Naval War College paper is that:

“Programs that have the potential to be truly innovative will have a better chance of being fielded if promoted as evolutionary rather than revolutionary systems.”

Meanwhile at the Harvard Business Review, Maxwell Wessell discussed the (in his view false) business phenomenon of ‘high-end disruption’ in “Stop Reinventing Disruption,” and thereby laid out a good definition of classic disruptive innovation:

“Start with a barely-good-enough product that captures consumers too cheap to buy the existing, expensive product, then make it better and better until one day, it’s as good as, or better, than the incumbent product

These last two articles relate only tangentially to what I’d like to focus on for the rest of the post, but they make for good reads and help one understand how successful innovation typically works – through incremental and evolutionary, rather than revolutionary, approaches.  This is not to say true revolutions in naval affairs don’t happen – but to be successfully embraced by the bureaucracy (and not just a senior-level champion) they need to not be oversold and show initial incremental advantages that are cost neutral, or provide a cost benefit.

Returning to Jason’s post, he touches on something that I’ve also pondered – namely why there is no well-run site for professional naval discussion that can take things beyond UNCLAS.  There are plenty of UNCLAS models for how pieces of such a site could be structured, and most in enlisted/JO to mid-grade year groups have enough experience using such web-based tools that their absence from the professional sphere is all the more keenly felt.

Sailor Bob provides an example of the free-wheeling message board-format, but its unofficial nature means there is no formal on-ramp to capture and endorse the true kernels of wisdom and lessons learned that frequently appear.  This is not to discount the importance of the informal route, but the lack does nothing to alleviate the “perception of ideas flowing into a doctrinal “black hole”” that Jason notes, and it is of course limited to UNCLAS.

Blogs such as ours and journals such as USNI’s Proceedings also aim to host professional discussions and can focus thought on a particular issue or innovation.  Yet they are similarly UNCLASS and the time-delay to voice one’s thoughts, from hours to months, can markedly lag the near-real-time speed with which today’s generations expect to have conversations.  Yes, journals provide a valuable service by developing and refining ideas through peer-review, establishing a threshold of maturity prior to providing their endorsement that something is fit to print, and subsequently exposing the idea to a broader base of critique and consideration.

However, the core ideas in an article could (potentially) be exposed to many more readers and thinkers, more quickly, and go through many more cycles of reaction and refinement in the time it takes for a print version to come out.  Further, many with a great idea – or even just a nuanced piece of insight or feedback – may not, as Jason alluded, have the time to type out a great piece of literature.  In a sense it’s a trade-off between quantity and quality, but if done well the diminished quality is only in the writing polish as opposed to the ideas themselves.

Another model, which does a good job of rapidly focusing many minds on a single idea or theme, is the series of online wargames run out of the U.S. Naval Post-graduate School (NPS) called MMOWGLI – Massively Multiplayer Online Wargame Leveraging Internet.  These wargames have allowed anonymous-but-verified users to collaborate and contribute their two cents on topics from counter-piracy to electromagnetic maneuvers.  With official backing, NPS has been able to run a counterpart on the classified side.  The only distinct drawback that I’ve so far discerned (aside from the inability to participate of many on NMCI computers) is that determining the topic of MMOWGLI efforts is a top-down approach.  So if someone has a great idea for a topic not in discussion they have to wait and hope it falls under the purview of the next game.  In short, it can’t do everything, but is certainly worth sustaining.

In my last active duty assignment at N86/N96, one of my jobs was project manager for SWONET.  This meant essentially acting as liaison between the Navy and the contractors who actually ran the site.  One of my priorities was transforming SWONET into a more useful tool for surface warfare officers (SWOs), including swapping and sharing lessons learned – essentially a combination Sailor Bob/Google Docs for the professionally minded, leveraging the fact that it was access-controlled to navy.mil emails and that discussions could be held at the For Official Use Only (FOUO)-level.  The contractors did a decent job of enhancing the site, and the message board was only one tool among many that were upgraded. Unfortunately, as we were rolling out the updated platform we ran into the Era of Austerity and the site was shut down as a cost-saving measure.

So what does this survey of web-based tools show?  First, that there’s no go-to site for collaborating with one’s counterparts or for recording someone’s bits of wisdom (or just data points), even at the UNCLAS level.  Second, that there are in fact demonstrated ways to do such a site.

In my mind a site can be developed at low cost in a way that accounts for the fears of stifled discussion if it focuses on these steps:

One of the big lessons learned of the past decade of Navy experimentation with web-based tools is to focus on the tools that are lacking, rather than trying to duplicate what already exists (often for free) even if it is unofficial.  Right now, however, it’s clear that there are things that can’t be done unofficially and that only an official site can accomplish.

h/t to BJ for the HBR link.

5 thoughts on “Innovation and Lessons Learned”