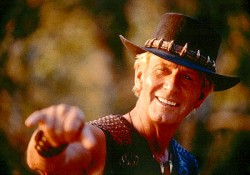 Biomining the Sea
Seasteads are intended to be entrepot that trade in the capitol of the mind: new ideas, technologies, and management styles both public and private. Scarcity is the mother of invention, and on platforms with no natural resources, innovation and expertise are the only tradable commodity… but that will not be the case for long.

Innovations in the field of biotechnology are leading to the more efficient use of microorganisms to leach minerals straight from the sea as a byproduct of fresh-water production. I discussed biomining as a tool for commanders attempting to use battlefield refuse for 3D printing, but on a larger scale it produces a duel-win scenario for Seasteads looking for a supply of both water and profits to support their sea-borne society. While many nations have claims to the vast mineral wealth of the sea-floor, none lay claim to the water-borne mineral content of the high seas. UNCLOS does state in general terms the wealth of the sea being for all people’s, but such stipulations would be too vague to implement if even the institutions existed to enforce them. The minerals of the sea are an open resource, without claim or contract, to be claimed by seasteaders. 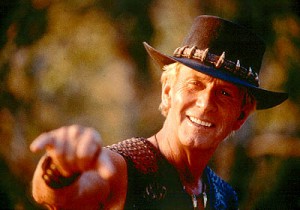 ings to mind a society that may look very much like our friends, the Australians. Australia is an innovation hub, most recently producing the first single-atom transistor. This is the primary vision of today’s Seasteaders. Australia is also blessed with with abundant resources. The Australian mining industry is booming supported by the hardy entrepreneurial spirit of prospective miners. There is a hearty internal migration of workers out to isolated mining camps to make their fortune. However, most Seasteads will not be glorified roaming country clubs supported by the existent wealth of their monied passengers; they’ll be commercial experiments. No matter how advanced, they will be constrained and distant places like the FIFO camps of Australia. With sea mining, however, Seasteads can add the mineral wealth of the sea around them to the income from the advances developed onboard.

Glimpses of the Future
Seasteading will lead to a bevy of new technologies driven by self-sustainment and efficiency. From mining the sea to water production to electricity generation and retention to recycling. All these developments inadvertantly make Seasteading a model for future space travel. Although under far friendlier circumstances than a cold, radiation-bombareded death vacuum, the efficiencies found by communities living at sea will no doubt find application to our future missions in space. The same bio-mining procedures for the sea could be used on far-off bodies where it is easier to bring a small culture of microorganisims that can be grown to necessary size, rather than the bulky equipment necessary to process ore. As the conventional modes of business are overturned in an attempt to colonize new portions of our own planet, we will be preparing ourselves to colonize others.