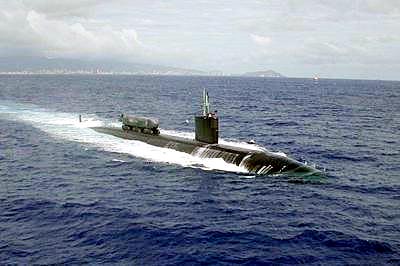 U.S. Navy Special Warfare operators hold a unique role in the Special Operations community: conducting missions covertly, from the sea, and back out again, without notice. And with America’s land wars winding down, Navy SEALs can once again focus on littoral operations in hostile and dangerous locales. To aid in this end, Northrop Grumman’s Electric Boat division is developing a new submersible to insert SEALs quickly and quietly, all while staying dry and ready for the mission ahead.

If this sounds like a familiar concept, that’s because it’s been done before. Recognizing the need for a dry submersible superior to the current SEAL Delivery Vehicle (SDV), the U.S. Government and Northrop Grumman developed the Advanced SEAL Delivery System (ASDS) in the late 90’s. However, in true government fashion, poor design and massive cost overruns doomed the program, which ended fittingly with a fire onboard the only ASDS in 2008. The new incarnation hopes to avoid previous pitfalls and help to usher in a new era of cheaper, commercially developed craft for future U.S. Navy operations.

The Special Warfare community voiced concern regarding wet-submersible insertion (i.e., SEAL Delivery Vehicle) in the early 1980s. Exposed to extreme sea and air temperatures during SDV or free swim insertion, teams wasted precious time refocusing and recovering once landing ashore. As a result, U.S. Special Operations Command (SOCOM) and Northrop Grumman teamed up to develop a dry mini-sub which could be launched from submarines, allowing team members to conserve energy, stay dry, and maintain 100% physical readiness upon hitting the beach to execute tasking. The Navy ordered six ASDSs, with the first becoming operational in 2003.

Too good to be true? You bet. In the same vein as current projects, the ASDS suffered from poor design, ranging from noisy propellers to weak lithium batteries. Repairs and redesign of ASDS-1 ballooned the budget from a total cost of $527 million to almost $2 billion, effectively cancelling the program. ASDS-1 continued in service before catching fire in November 2008, causing SOCOM to permanently jettison the program shortly thereafter.

As involvement in Iraq and Afghanistan winds down, SEALs will find themselves focused once again on the maritime and littoral environments. Electric Boat and SOCOM have joined forces to develop a new dry submersible, known as of now as User Operational Evaluation System (UOES) 3. Still in the planning stages, UOES 3 will be in the testing stages through 2015, most likely entering service shortly after. With the failure of ASDS undoubtedly fresh on the minds of researchers, these shortcomings should play a large role in the design of UOES 3.

The Navy is keen on tightening its belt in these frugal financial times, and finding detours around expensive new projects is a great way to save a buck. Electric Boat is planning just that – even partnering with a civilian firm, using commercial concepts to keep costs low. Along with UOES 3, the Navy’s newest Special Operations transport and Mobile Landing Platform are also joint military-civilian ventures, and it may only be a matter of time until UOES 3 is launched from one of these vessels.

Naval Special Warfare needs a dry submersible to keep operators safe and focused on the mission at hand. ASDS was doomed by poor engineering and skyrocketing repair costs; hopefully the fusion of civilian and military engineers can provide the vessel required by operators at a price required by American taxpayers.

LTJG Brett Davis is a U.S. Navy Surface Warfare Officer, runs the blog ClearedHot, and is trying to figure out how Twitter actually works.  He holds an M.A. in International Relations from Northeastern University and these views are entirely his own.