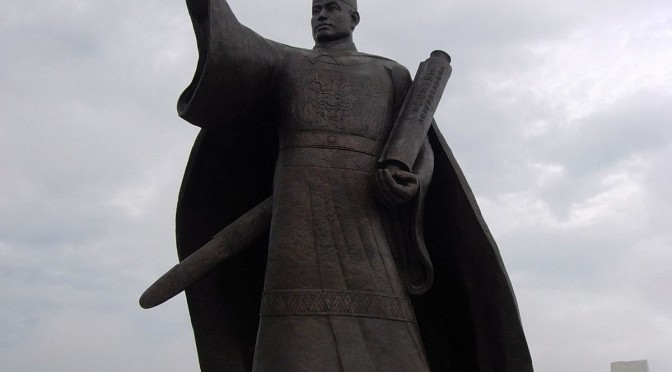 Introduction: restatement or small Filipino victory? Manila’s international arbitration bid has been repeatedly rejected by Beijing, which argues that it does not fall under the compulsory arbitration provisions of UNCLOS. Even after the Court ruled on jurisdiction, on 29 October 2015, China stuck to this position, as clear from an official statement the following day. However, despite repeatedly refusing to appear before the court, last year Beijing chose to issue a formal document stating her posture. For some this may simply be a restatement of China’s position, confirming that it will not take part in the proceedings. For others, it amounts to a small victory for the Philippines and the rule of law at sea, since China has finally been unable to completely ignore the proceedings. Whatever one thinks about it, it is useful to examine the document, dated 7 December 2014 (unclear whether any pun intended), while we wait for the Permanent Court of Arbitration to hold the first oral hearings on the substantive aspects of the case, scheduled for late November 2015. We shall be doing so in this four-part series.

Chinese attitudes towards international law. Post-Mao China has followed a somewhat contradictory approach to international law. To a large extent, this mirrors the country’s complex domestic relationship with the concept of the rule of law. On the one hand, China’s reopening of her law schools after the Cultural Revolution and huge expansion of the legal profession and the practical, day to day, presence of the law, has led to a similar move in the international arena. However, this greatly expanded role of the law both domestically and internationally has been accompanied, in the internal domain, by a persistent rejection of the concept of “rule of law”, authorities rather leaning towards “rule by law.” In Chinese foreign relations, international law has had to contend with two obstacles. First, there is a mistrust of international tribunals, and the fear that they may impinge on Chinese sovereignty. Moreover, the South China Sea has been defined as a “core national interest,” although the exact meaning of this term may not be completely clear. Second, with the notion that public international law is a creature of Western nations and thus inextricably linked to a historical period of foreign domination that only began to be reversed after the 1949 Communist victory, or now that Chiang Kai-shek seems to be enjoying some sort of rehabilitation in China the 1943 Cairo conference. This applies particularly to the law of the sea, seen as unfairly constraining the legitimate aspirations of a nation that has grown increasingly dependent on maritime trade and which feels surrounded by a chain of islands in hostile hands.

The paper’s purposes, according to Beijing. After an introduction, making it clear that issuing the paper does not amount to taking part in the arbitral proceedings, the text lists in Paragraph 3 the main purposes of the paper, each such purpose covered in sections II to V. These goals are first of all (Section II, Paragraphs 4-29) to stress that the case concerns “the territorial sovereignty over several maritime features in the South China Sea,” which, contrary to Filipino assertions, “is beyond the scope of the Convention and does not concern the interpretation or application of the Convention.” Section III, Paragraphs 30-56 explains that “China and the Philippines have agreed, through bilateral instruments and the Declaration on the Conduct of Parties in the South China Sea, to settle their relevant disputes through negotiations” and that the arbitration proceedings are thus a breach by Manila of “its obligation under international law.” Section IV, Paragraphs 57-75 explains Beijing’s position that, “assuming, arguendo, that the subject-matter of the arbitration” was interpreting or applying UNCLOS, this would still be “an integral part of maritime delimitation” thus falling squarely within China’s derogation from compulsory arbitration. Section V, Paragraphs 76-85 underlines that “the Arbitral Tribunal manifestly has no jurisdiction over the present arbitration” and defends the view that China’s refusal to take part in the proceedings stands “on solid ground in international law.” These sections are followed by a set of Conclusions (Section VI, Paragraphs 86-93).

The 1898 Treaty of Paris in the PRC’s narrative of the conflict. In Section II, the document (5) explains that “Prior to the 1970s, Philippine law had set clear limits for the territory of the Philippines, which did not involve any of China’s maritime features in the South China Sea,” citing Article 1 of the 1935 Constitution, which reads “The Philippines comprises all the territory ceded to the United States by the Treaty of Paris concluded between the United States and Spain on the tenth day of December, eighteen hundred and ninety-eight, the limits of which are set forth in Article III of said treaty, together with all the islands embraced in the treaty concluded at Washington between the United States and Spain on the seventh day of November, nineteen hundred, and the treaty concluded between the United States and Great Britain on the second day of January, nineteen hundred and thirty, and all territory over which the present Government of the Philippine Islands exercises jurisdiction.” It added that the 1961 Philippine Republic Act No. 3046, titled “An Act to Define the Baselines of the Territorial Sea of the Philippines,” confirmed such territorial limits.

Setting aside for a moment whether Manila has indeed redefined the limits to her national territory, this is potentially very significant because as reiterated in last year’s US Department of State “Limits on the Sea” No 143 paper, devoted to China, Washington has persistently stressed that it was taking no sides concerning the ultimate issue of sovereignty. Yet, while this may be sustainable in the case of other territorial disputes in the region, the case of the Philippines is rather different, given that the country was under US sovereignty for more than half a century. Thus, whatever one makes of Beijing’s case, it is difficult not to agree that past treaties signed by the United States may be relevant to the issue at hand. A question may be what, if any, may be Beijing’s motivation in bringing up such treaties, in addition to providing arguments in favor of its posture concerning the extent of Filipino territorial claims. Is Beijing perhaps hoping to prompt Washington to publicly comment on the matter in a way that may be detrimental to Manila? Or to quietly lean on the Philippines not to go too far? These may be speculative questions, yet ones difficult to avoid given the complex nature of the South China Sea dispute, with not only different immediate players, that is the coastal states, but plenty of other interested contenders, including the United States, Japan, India, and Russia. China’s document also refers to a UK-US Treaty, and while London has traditionally chosen a low profile posture in the region, it has recently been upgrading defense cooperation with Japan. Going back to Washington, the possible impact of past treaties and other diplomatic practice has already been considered important by observers in the case of Taiwan and the Senkaku/Diaoyu/Diaoyutai Islands, given Formosa’s change of status following the end of the Second World War and the American occupation of the Ryukyu Archipelago for three decades after its conclusion. However, the connection with the United States is much closer in the case of the Philippines, and Washington’s non-committal posture on sovereignty may come under increased pressure, although as mentioned this could result from different, even opposed motivations.