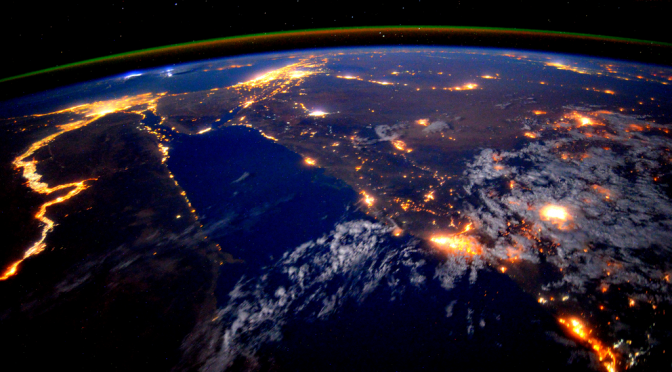 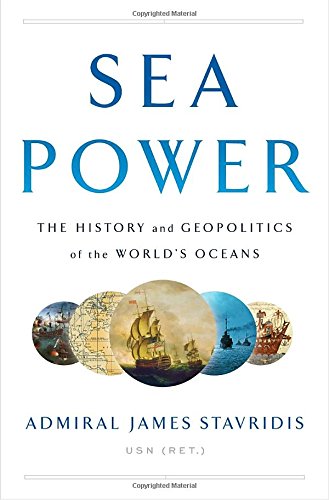 Since the dawn of civilization, the seas have been a part of the human story. It has shaped commerce, the spread of ideas, and even wars. When someone thinks of geography, they usually associate it with features on land and its impact on mankind. However, the seas and by extension the oceans have played a bigger role since they are nature’s super highways that have and continue to connect far flung landmasses and people together. Where the oceans have met the land, especially areas that present an opportunity to constrict movement, represent key terrain known as chokepoints for people and nations to control and benefit while denying others such privilege.

The private intelligence company known as Strategic Forecasting (STRATFOR) recently published a report titled “The Geopolitics of Maritime Chokepoints” that states, “Area where geography constrict movement by land or water, known as chokepoints, has been fought over time immemorial…for most of history, commerce and military ambition were limited to small localities and confined regions. In these contexts, contested chokepoints usually meant points where roads or rivers narrowed enough to allow disruption by hostile actors…while land and riverine chokepoints are still relevant to business and military planners, maritime chokepoints have taken center stage in power politics.” This precise explanation on the importance of maritime chokepoints fits well with Admiral (Retired) James Stavridis’s new book, Sea Power: The History and Geopolitics of the World’s Oceans. While many cite Harold Mackinder, the twentieth century British geographer who coined the term “World Island” for Eurasia (and updated recently by Robert Kaplan as Afro-Eurasia) and the warnings associated with its dominance, the real maximum should be the nation that controls the seas and the chokepoints dominates the world. Since the end of WWII, the U.S. has been that nation.

Before I discuss Sea Power, I recommend all readers enjoy the book with a glass of scotch, or whatever libation suites them, a cigar, and a map of the world to visualize the geography and its associated history. Sea Power is part biography of Admiral Stavridis’s career in the Navy, part history of the world’s oceans influence on mankind, and part modern geopolitical analysis impacting foreign relations, global economics, and military strategy. In his opening chapter, Admiral Stravridis states his central thesis when he writes that “Some observers may not be interested in the geopolitics of the oceans, but they will haunt our policy and our choices in this turbulent twenty-first century. The oceans will matter deeply to every aspect of human endeavor.” Along those lines, George Friedman, the founder of STRATFOR and GEOPOLITICAL FUTURES, and Jacob Shapiro, wrote that “Geopolitics is the supposition that all international relationships are based on the interaction between geography and power.” The oceans as geopolitical entities has shaped mankind’s quest for power and glory throughout the ages because they have served as the highways that have linked distant civilizations and made commerce both possible and profitable between them, which caused competition and friction that have led to war. To highlight the history and geopolitics of the oceans, Admiral Stavridis takes the reader on an oceanic voyage across the world by focusing the chapters on four oceans (Atlantic, Pacific, Indian, and Arctic) and three seas (Mediterranean, South China Sea, and Caribbean).

The advantage the United States has, according to Admiral Stavridis, is that it can look at the oceans from a strategic sense by elaborating that “while the essence of sea power is the connective power of the unity of the oceans into a single global commons, there are historical, cultural, political, economic, and military reasons to think about each from a strategic perspective.” The United States grapples with an increasingly complex security environment described as contested norms and persistent disorder according to the Joint Operating Environment. It is being challenged to develop a strategy to maintain the world order it established post-WWII. Admiral Stavridis provides the reader with a chapter proposing “A Naval Strategy for the Twenty-First Century.” The central premise of the strategy is that the United States, the “World Island,” enjoys a geopolitical competitive advantage over challengers such as China and Russia. Their persistent vulnerabilities from lack of warm-water ports to being enclosed by island chains and chokepoints allows the U.S. and its allies and partners to, “contain powerful nations that have concentrated their use of forces ashore, ignoring the sea out of lack of interests, or an inability to see the force of the sea power argument, or simply because the lack the geography, character, and political will to exploit the oceans.”

The Russians and the Chinese are not standing idle though when it comes to sea power as both nations have increased their investment in their naval capabilities. As I wrote previously for CIMSEC, with China opening its first overseas base in Djibouti, the critical chokepoint at the mouth of the Red Sea and Russia’s active military engagement in Syria, both are setting the conditions to potentially counter U.S. influence in the Mediterranean and Persian Gulf Region. As the Joint Force continues to develop the Multi-Domain Battle Concept, there is potential to utilize maritime geography to our advantage. This ranges from employing long-range land-based surface-to-sea missiles to hold Russian and Chinese naval forces at risk (a reversal of their A2/AD concepts), exploiting vulnerabilities in undersea cables, practicing “hybrid warfare—disruption and degradation with little overt engagement,” to the employment and aggregation of land forces from multiple locations to create complex dilemmas. Admiral Stavridis states that we should follow “Mahan’s advice to keep a weather eye on the rising power of both of these potential competitors at sea and maintain the ability to defeat both.”

Throughout the book and especially in his final chapter on a twenty-first century naval strategy, Admiral Stavridis balances his approach by highlighting both the dangers and opportunities for the U.S. due to its unique geographical location and how its economic, military, and political might give it the means and opportunity to shape and influence the development of regional powers across the globe. The geopolitics of the oceans, its “supposition on geography and power” stated by George Friedman and Jacob Shapiro, ensure that the oceans will play a critical role in the national security decision-making of the U.S. and other global powers. Tim Marshall in his book Prisoners of Geography succulently reinforces this proposition when he wrote that, “as the twenty-first century progresses, the geographical factors that have shaped our history will mostly continue to determine our future.”

As an Army Strategist who studies the nature of war and character of war, I have a profound appreciation of the world’s oceans and their geopolitical significance. And while I may not root for Navy during Army-Navy football games, I know full well that America’s Army cannot win without America’s Navy.

Lieutenant Colonel Chad M. Pillai is an Army Strategist stationed at Macdill Air Force Base who has previously contributed to CIMSEC with the following articles: “Counter Influence Activities to U.S. posture in the Mediterranean and Persian Gulf,” “India as the Pivotal Power of the 21st Century Security Order,” and “Bear, Dragon & Eagle: Russian, Chinese & U.S. Military Strategies.” He holds a Masters in International Public Policy from the Johns Hopkins University School of Advance International Studies (SAIS).

These views are presented in a personal capacity and do not necessarily reflect the views of any government agency.

Featured Image: NASA Astronaut Scott Kelly captured this nighttime image of the Persian Gulf and Nile River, which empties into the Mediterranean amid the bright lights of Cairo and the Nile Delta. (Credit: NASA)