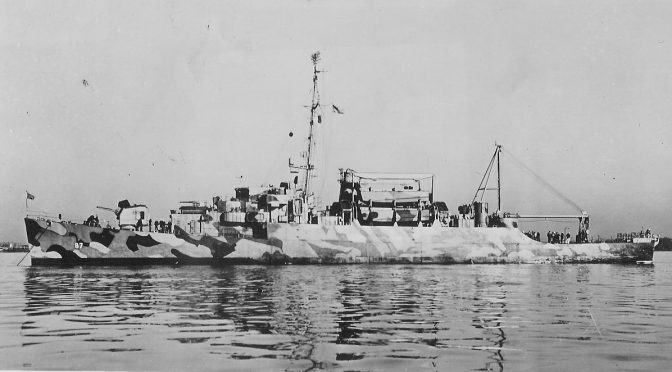 The U.S. Navy achieved extraordinary success in the 20th century – playing key roles in winning WWII and the Cold War. The U.S. Navy earned these accomplishments with forces structured around an exceptional fleet of technologically superior ships and aircraft. The U.S. Navy’s “ships of the line” during this era represented the height of our technological and industrial capabilities – and no expense was spared to create, construct, and operate this world-leading fleet.

As the United States and the U.S. Navy move into the 21st century, the United States faces the duel challenge of engaging in a “long war” against Islamofacism and meeting the threat of emerging “peer competitors” in a period of economic and fiscal constraints. Meeting these dichotomous challenges requires a fundamental rethink of the nature of naval forces and their roles. Is the U.S. Navy moving from an era of exceptional “ships of the line” – including LHA’s & LPD’s, FFG’s, CG’s, DDG’s, SSN’s and CVN’s – to one filled with USV’s, UAV’s, LCS’s, CV’s, SSK’s and perhaps something new – Long Range Patrol Vessels (LRPV’s)? But what exactly is an LRPV?

The LRPV represents the 21st century version of the WWII APD – High Speed Transports. To better understand the 21st century LRPV, let’s take a look at the history and capabilities of the 20th century APDs.

During WWII and the Korean War, Crosley-class APDs based on the Rudderrow class of destroyer escorts were pressed into a variety of roles and performed missions including amphibious assault, UDT operations and raids, ASW, long-range patrolling, and search and rescue– i.e. rescue of USS Indianapolis survivors.

The ability to successfully complete these various missions resulted from the inherently flexible design of the APDs. To begin with, the designers of the Crosley class APD’s provided these ships with a strong organic armament, including one 5″/38 dual purpose gun mount, three twin 40 mm gun mounts, six single 20 mm gun mounts, and two depth charge tracks. The Crosley class APD’s were equipped to carry and support 12 officers and 150 enlisted men. Furthermore, the Crosley’s were equipped with 4 LCVPs to convey troops and equipment ashore.

Finally, the Crosley APD’s could carry a combination of the following material on board:

The capabilities and flexibility of the APD’s are the inspiration for a new line of vessels – the Long Range Patrol Vessels (LRPVs).

The modern LRPV would build upon and update the concept of High Speed Transport for the 21st century. The LRPV would combine new technologies, capabilities, and processes to create regionally-focused LRPV surface action groups (SAGs) supporting U.S. national and U.S. Navy strategic goals and objectives.

The modern LRPV would operate as a member of a two ship LRPV sag. The SAG would leverage recent innovative work by the U.S. Marine Corps Warfighting Laboratory to design, create, and test a new Combat Landing Team organizational model – COLT.

The specific Concept of Operations (ConOps) would be two LRPVs operating together while jointly carrying one USMC COLT (or U.S. Army equivalent) and their organic vehicles while conducting extended patrols in specific geographic areas (i.e. South America, Africa or SE Asia). These patrols would provide the opportunity for these LRPVs to operate in close, sustained partnerships with local maritime forces by conducting numerous extended joint operations, exercises, and security cooperation engagements.

To meet the challenges emerging in the 21st century, LRPV SAGs would focus on specific geographic regions including South America, Africa, SE Asia, and the Middle East. Forward presence could be enhanced by conducting crew swaps in forward operating locations, including Guam, Japan, Singapore, Diego Garcia, Bahrain, Naples, Guantanamo Bay, and other locations yet to be identified.

Through the use of long-term forward deployments, regionally-based crew-swapping, and the strong organic capabilities of the LRPVs, the specific numeric requirements for the LRPV construction program could be limited to 30-34 individual ships to support regional LRPV squadrons. The number of ships required to support the program is based on a projected need to support at least 4 regionally-focused LRPV SAGs plus their training and maintenance requirements. In addition to carrying a USMC COLT or U.S. Army equivalent formation, the LRPV SAGs could carry a composite unit tailored to suit patrol-specific planned interactions with local national military forces.

For example, the afloat forces for a LRPV SAG deployment to multiple countries over a 6-8 month period within the SOUTHCOM AOR could consist of:

An anti-piracy patrol off of East Africa could see the LRPV Squadron deploy with:

In addition to carrying out these types of long-duration, presence missions, the flexibility of the LRPV design would enable additional missions to be undertaken, including: short term “summer cruises” to support training missions, rapid response to humanitarian crisis, sanctions/blockade enforcement, convoy escort, and search and rescue.

LRPVs would not be amphibious warfare ships per se but are intended to sustain long-range, forward presence patrols supporting U.S. national interests. However, when necessary, LRPV SAGs could conduct counter-terrorism or counter-proliferation raids at the direction of the NCA or could support an ESG by providing additional raiding or striking capabilities during a crisis – thereby increasing the level of difficulty confronting an adversary of the United States. By combining the right mix of technology, capabilities, organizational structures and sound processes, the LRPV would support key U.S. national interests and provide a visible expression to the concept of a “1000 ship navy” previously expressed by the U.S. Navy and the OSD.

What specific attributes and capabilities would a LRPV have? Here are some key characteristics:

Use of VLS enables the introduction of new missiles over the life of the LRPV.

Note: The LCVPs must be capable of carrying Uparmored Humvees, an example of a possible LCVP which could be used is the Royal Navy LCVP Mk5. The Mk5 is 15.5 meters long and 4.4 meters wide and capable of carrying a company of 30 fully equipped troops or vehicles such as: BV206, JCB410, ATV’s and towed artillery. The Mk5 can travel up to 25 knots and has a range of over 210 nautical miles.

With a lifelong interest in aviation, naval and all manner of military affairs, Tom graduated from Florida State University with BA in Political Science & International Relations plus a MS in Political Science.  He spent over a decade with Top 3 US Airline working in Ops, Technology, the Low Cost Carrier unit and Employee Relations. Tom has now worked almost 10 years for a major Telecommunications company in various roles.  Home is Atlanta, GA. You can follow Tom on Twitter at @tkmeyer0524.