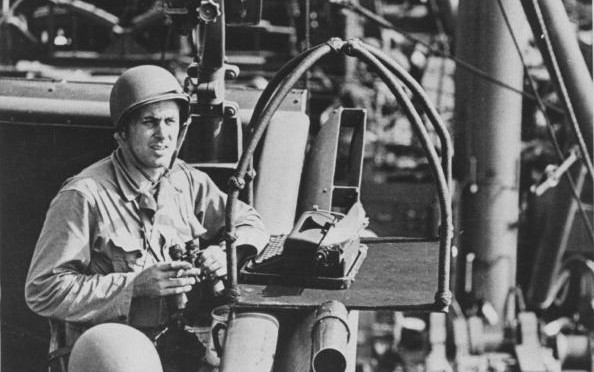 Welcome back to another edition of the Roundup! After a brief hiatus we are back to share with you more of our members’ works. There are plenty of articles to share, ranging from maritime infrastructure development to thoughts on the new maritime strategy.

Back in February Miha Hribernik wrote a piece for The Diplomat regarding piracy in Southeast Asia. Although this presents a significant and worrying problem, it is manageable. Miha presents some suggestions for regional States on how to resolve this issue. You can access the article here.

To surpass China in Sri Lanka, India needs to pursue proactive and dynamic diplomacy. Nilanthi Samaranayake explains, over at The Diplomat, that the key to reaffirming India’s presence in the region is through infrastructure investment. More specifically, the focus should be on public-private partnership and government to government investment in the maritime domain. You can access Nilanthi’s article here. 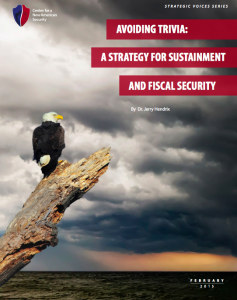 Jerry Hendrix, from the Center for a New American Security, published a report in February called ‘Avoiding Trivia: A Strategy for Sustainment and Fiscal Security’. In it, he argues that the United States has strayed from its historic and cultural approach to the world, leaving behind its traditional maritime-focused, technologically innovative, free-trade based strategy. The solution to this, according to Hendrix, is a more clear eyed strategy that seeks to avoid trivia and address the US’ current weaknesses in order to shore up its long term strategic position.

Over at War on the Rocks David Wise shares with us an article titled ‘Blowback as National Policy.’ Many of the current security threats that the Western world faces today are a result of those decisions made in years past. Before making the foray into the geostrategic game, which is more than just a big game of Risk, first have a look at David’s cogent words on what we face today.

Mira Rapp-Hooper writes on the Lawfare Institute’s blog a post examining the impact of China’s increased military spending (and the US’ relative decline in spending) on neighbouring countries. You can access her post here.

Following the trend of AMTI posts, Bryan McGrath shares his analysis on how China might view the United States’ revised Maritime Strategy. Given that Bryan was heavily involved in the development of the 2007 strategy, you will certainly find his views on the matter very insightful. You can access his piece here.

Vice Admiral Robert Thomas, commander of the US 7th Fleet, proposed the creation of joint maritime patrols in the South China Sea by ASEAN member nations – this was quickly met with mix reactions. Scott Cheney-Peters provides some solutions to challenge the arguments presented by the ‘nay-sayers’ and suggests that the presence of the “white hulls” of the U.S. Coast Guard could mitigate many of the perceived drawbacks. You can find out more by accessing his article on the AMTI’s website, here.

Harry Kazianis, on The National Interest, shares an analysis of the core reasons behind China’s ‘massive’ military buildup. He explains the historical roots of the Chinese military psyche due to subjugation at the hands of external powers. The solution to this is to employ an asymmetrical strategy  to defeat, in battle, forces that are superior to its own. You can access his article here.

On the National Defense Magazine’s online blog, Sandra Erwin reports that the current pace of shipbuilding and funding will not be able to meet the future demands of the Navy. Given that is an annual obligation of the Navy to tell Congress how many ships it will need and how much they will cost, it should certainly raise some alarm bells for decision-makers in Washington. For more on this, you can access Sandra’s post here.

Bringing the theme of this Roundup to the naval profession, Matthew Hipple in a joint article with Dan Follet and James Davenport, remind us the important role of patrol coastal ships in securing the seas. In this edition of Proceedings, the authors suggest that patrol coastal ships are an “incredible platform for both mission execution and cultivating war fighting.” To read more about why this is the case, you can access their article here.

Over at War on the Rocks, CIMSECian Emil Maine (and company) provide some critique of Congressman Mac Thornberry’s ‘Defense Acquisition Reform’ initiative. Defence acquisition is a necessity, but the question is whether political momentum can be sustained long enough to overcome the usual barriers to wholesale reform. More on this topic here.

Finally we conclude this edition with a shameless plug for my own work. The first is an article featured in the March-April edition of the Australian Defence Force Journal. Titled ‘Evolution of the Battlefield’, I examine existing strategic and legal challenges to developing an effective cyber warfare policy for military planners. My second piece is a brief analysis of the Australian Department of Defence’s new First Priniciples Review; this will hopefully provide an insight into some of the organisational challenges faced by the ADF and Department of Defence. Perhaps some of the US readers can find some similarities and provide suggestions for the Australian context. You can access each of the above articles here and here.