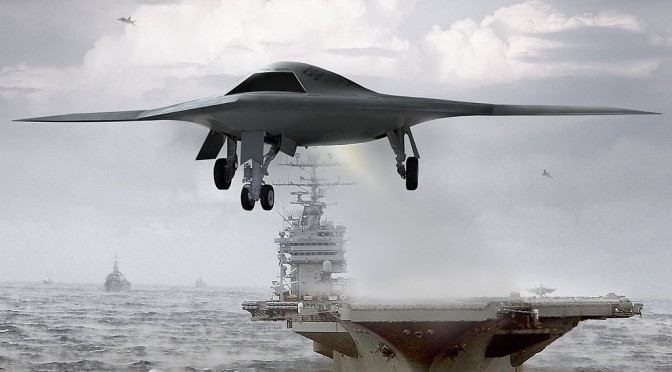 Welcome back to another edition of the Members’ Roundup, where we share with the rest of the CIMSEC readership the great work that our members have produced elsewhere. From the geopolitical situation in the Indian Ocean region to military science-fiction, there will definitely be an article for every interest.

Automation has long colonised jobs that were once performed through manual labour; changes to military operations will be no less profound. In an article for a joint War on the rocks – Center for a New American Security on military robotics and autonomous weapons, Paul Scharre reminds us that beneath all of the technological developments is the human element driving the military application. Nations and militaries that are able to better understand the policy, strategic and operational challenges will be better placed to succeed on the battlefield. You can access his article here.

Over at Real Clear Defense, Emil Maine presents a stark assessment of the state of the  United States’ munition stockpile. According to Maine: ‘unless policy makers act to raise discretionary caps on defense in the upcoming fiscal year, the severity of weapon shortfalls will only intensify.’ Given that the preference by coalition partners is to avoid committing boots on the ground, there will be a future need for a consistent supply of munitions in order to sustain the current rate of operations.

This week we have two contributions from Vijay Sakhuja. The first is an article for the National Maritime Foundation, based in India, and it analyses the bilateral relationship between India and the Seychelles.  President James Michel’s Blue Economy project presents many opportunities for cooperation, but how this will be implemented is the challenge. The second article features in the Nikkei Asian Review; Vijay discusses the nature of Chinese infrastructure development in the Indian Ocean region and the ‘maritime silk road.’ In spite of growing tensions, many Asian countries continue to invite Chinese investment, leading to a win-win situation.

CIMSEC’s very own Scott Cheney-Peters features in this week’s edition of the Roundup with his short story “Red Light Challenge” published on the Atlantic Council’s Art of Future Warfare website. The story is about a start-up team’s journey, with undertones of a hacker counterculture amongst the members, as they begin designing a flight-capable exoskeleton for the military. Throughout the piece, however, we see the human side during the project development; each character has their own traits and reasons for participating in the challenge. You can read Scott’s story here, as well as a follow-up interview about it here. 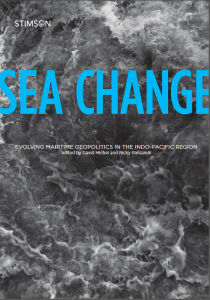 The Indo-Pacific region is rapidly emerging as a key focus of maritime geopolitics. In June last year, the Stimson Center and the Observer Research Foundation co-hosted a three-day conference titled Sea Change: Evolving Maritime Geopolitics in the Indo-Pacific Region. Two CIMSECians were invited to speak at the event; Scott Cheney Peters presented a paper on U.S. security relationships in the region and Nilanthi Samaranayake presented on the strategic importance of island states in a region of great powers. A copy of the publication can be accessed through the Stimson Center’s website.

In the latest Proceedings Magazine, John Morton explains that the Third Offset Strategy needs more Mahanian thinking than meets the eye. Mahanian doctrine holds that a properly conceived national interest reflects the foundational sinews and national establishment of the era and must inform implicit long-term grand strategy. Today, the information age and globalised economy are what is important for long-term prosperity. You can read more of John’s article here.

Over at The National Interest there are three CIMSECians whose work I wish to draw attention to for this week’s edition of the Roundup. Zachary Keck reports that most Chinese citizens believe the PLA could seize islands in the East and South China Seas, even if the U.S. military were to intervene in the conflict. Earlier in the week, Keck cited a Heritage Foundation report that assessed America only had ‘marginal’ capacity to defend vital interests in the current threat environment. You can access that post here. Harry Kazianis continues the theme with an assessment of sequestration’s affect on America’s military readiness. Across the board, munitions levels are considerably low and it risks putting lives in danger. It is not, however, all doom and gloom. You can read more of Harry’s article to find out why. Kyle Mizokami presents his own roundup of the Top 5 most deadly anti-ship missiles of all time.

Finally, a quick and shameless spruik for my own work over at Young Australians in International Affairs. Earlier this week I wrote a blog post posing the question of what Australia’s military would look like if there was an opportunity to start with a blank canvas. Many of us in the military understand that force structure and procurement are constrained by fiscal and structural realities, but sometimes it is important to break down the fundamental requirements of national defence to truly understand what is needed to achieve the task.