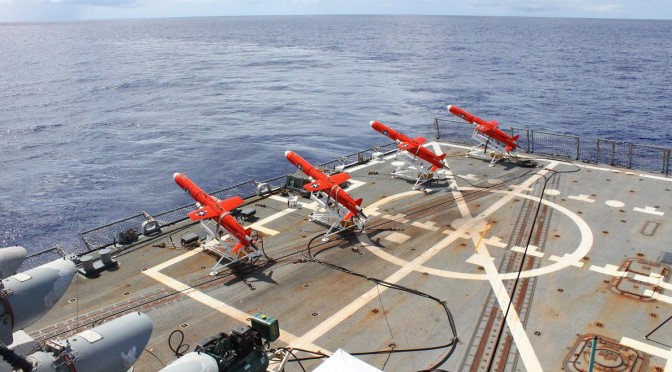 Drones have become a popular subject of discussion. And, like the previous spread of the non-technical term “tank,” usage of the term “drone” to describe unmanned aerial/surface/undersea vehicles is nowadays ubiquitous. Yet each nation confronts the technology with its own language inflections. Therefore we present the first International Guide to Drone Vocabulary.

Drone – (English) – an unmanned aircraft or ship guided by remote control. According to the Merriam-Webster dictionary the first known usage was before the 12th century when they participated in the Crusades, or as known in Middle English, “Ye Olde Warre On Terrore”

Dronin – (Japanese) – A drone that loses communication with its master. Programmed to automatically search for a new master, preferably a stronger one like a cruiser, for example.

Dronisko – (Polish) – A big friendly drone. Lacking an effective national air defense network, Poland took an alternative approach by switching from defensive drones to those facilitating accommodation. If you can’t beat an enemy, make it a friend.

Dronislav Droninovich Dronski – (Russian) – Name of a famous Russian drone designer from the 20th century. In recognition of his achievements, the Russian Navy named its latest unmanned SSBN after him. For those concerned with the ethical and legal aspects of unmanned technology, the question what to do with a genie freed from a bottle remains.

Dronentag – (German) – The Day of Drones, a sci-fi thriller about an apocalyptic future in which drones take control over humans.

The above list is far from complete, and readers are welcome to extend it in the comments section below. Its sole purpose is to acquaint the broader public with unmanned technology and make it friendlier 🙂