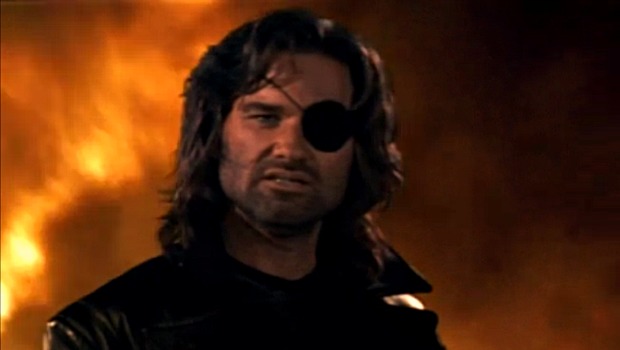 The Russians are not ready to host the Olympic Games.  Everything from the hotel roofs to the perimeter security leaks like a sieve.  10,000 American Citizens are going to be in town for the games and will need to get out quickly in the event of a terrorist attack or public health emergency.

We are one day from the Opening Ceremonies of the 22nd  Winter Olympics and the early reporting from Sochi is damning: active kinetic security operations against Chechen forces are underway, wanted posters of known terrorists litter public places and the tap water has been deemed unsafe to bathe with, let alone drink.  In response to the potential threat against Americans visiting Sochi for the games—and recognizing the constraints of warship tonnage permitted to cross the Turkish Straits by the Montreux Convention—the United States’ European Command (EUCOM) has deployed the 6th Fleet Flag Ship, USS Mt. Whitney (LCC-20) and the guided missile frigate, USS Taylor (FFG-50) to the Black Sea. While bolstering the regional command and control (C2) / multi-agency liaison capability, the deployment of these two ships does little to provide additional sources of emergency egress to American citizens in Sochi due to their limited passenger capacity, small flight decks and absence of well-decks.  There is, however, a way to meet both operational requirements and the requirements set forth in the Montreux Convention: THINK MONEYBALL 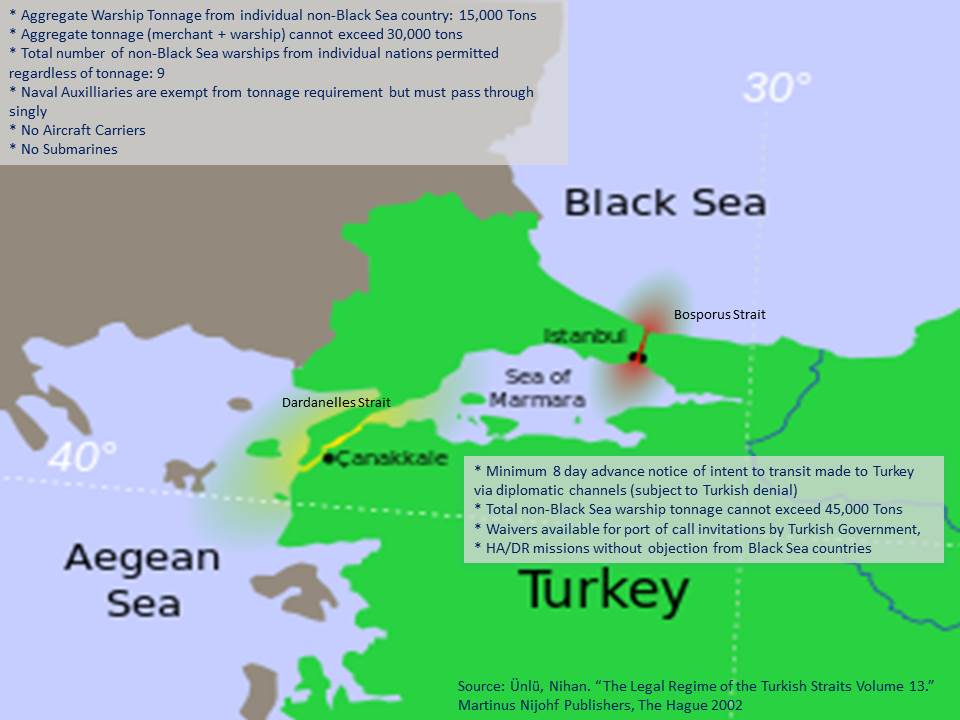 “The Montreux [Switzerland] Convention Regarding the Regime of the Straits” was a 1936 agreement (subsequently amended) giving Turkey sovereign control of the Bosporus Straits and Dardanelles—the waterway passages from the Mediterranean Sea (Aegean Sea) to the Black Sea.  The agreement was negotiated by Australia, Bulgaria, France, Germany, Greece, Japan, the USSR, the UK, Turkey, and Yugoslavia as a strictly enforced body of regulations for vessel transits of the straits replacing the previously unrestricted navigation protocol under the 1923 League of Nations Treaty of Lausanne.  The convention places limitations on the number, types and tonnage of warships, overall tonnage of merchants / warships permitted to cross into the Black Sea by non-Black Sea bordering countries both individually and as a whole at any one time.

Distilled to its essence, NEO is concerned with the removal of civilians from an at-risk location and transporting them somewhere more secure as expeditiously and safely as possible.  In order to achieve the speed and safety requirements, naval task forces engaged in NEO should have the following capabilities:

– A fleet surgical team with operating rooms, triage, and isolation

– Messing and sanitary capacity for hundreds of evacuees

Moneyball: Deploying the Right Ships for Sochi (and Building Smarter Task Forces for the Future)

Turkey has been an extremely unreliable partner over the past eleven years.  As demonstrated by their reneging on a commitment to allow the US Army’s 4th Infantry Division to attack Iraq in 2003 as well as their preventing the USNS Comfort from entering the Straits to deliver Georgia humanitarian aid during the South Ossetia War with Russia in 2008, the United States should not count on Turkey to waive Montreux Convention limitations on tonnage and numbers of warships in the event of an evacuation contingency.  The 6th Fleet Commander (COMSIXTHFLT) needs to plan with forces on station in the Black Sea without an expectation of reinforcements.

Whereas “Moneyball” is usually tied to limitations of budget, in this case it is tied to limitations of tonnage and numbers of ships.  COMSIXTHFLT needs to squeeze the maximum NEO sabermetrics into his Sochi Task Force.  To that end, I have highlighted the LCS-1, LPD-17, JHSV-1 and MLP-1 as ideal candidates for a Sochi NEO.  While the LCC-19 is an ideal C2 platform for coordinating a multi-lateral, multi-agency, Joint NEO—it lacks a sufficient flight deck / well deck to make a large contribution to the transport of evacuees.  Single mission ships went out of vogue generations ago, and make even less sense for a Sochi NEO—especially when you consider that command / liaison elements can embark an LPD-17, JHSV-1 or MLP-1 to exercise C2 while the respective ships are actively participating in LCAC / helicopter  transport of evacuees.

A good NEO plan is all about options of egress (i.e. fleeing in an orderly fashion).  Sochi International Airport features only two runways and is highly susceptible to uncooperative wind patterns that routinely halt flight operations.  In the event that the 2014 Winter Olympics turns into “Escape from Sochi,” the 6th Fleet ships on station in the Black Sea will need to exercise an organic NEO capability beyond C2 and liaison.  Going forward, NEO Task Forces should organize and plan around a sabermetric list of requirements that is agnostic to hull types and otherwise irrelevant traditional warfighting mission sets.

Nicolas di Leonardo is a member of the Expeditionary Warfare Division on the Chief of Naval Operations Staff, as well as a graduate student of the Naval War College.  The opinions expressed here within are solely his, and do not necessarily reflect the official positions of the Expeditionary Warfare Division or the Naval War College.

3 thoughts on “Escape from Sochi: Montreux Convention Considerations and the Moneyball Fleet”