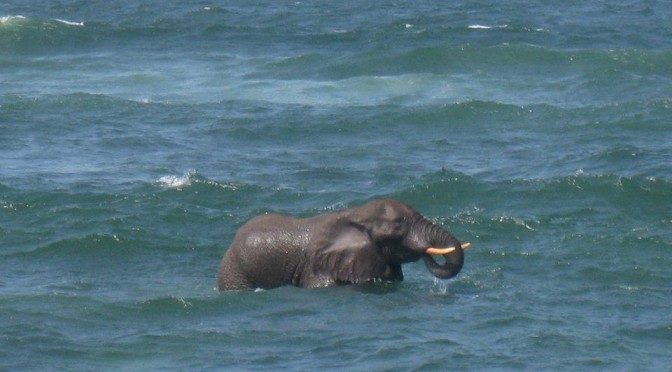 Naval supremacy is one of the oldest forms of projecting national power. For millennia, the ability to operate well beyond a country’s coastal waters has provided nations with unmatched security. Aircraft carriers multiply naval supremacy exponentially, providing a navy with floating bases, thereby relinquishing any dependence on other governments or local bases. Both practically and symbolically, the aircraft carrier has been central to American power projection over the six decades during which it has dominated the Pacific – but it is those same vessels that are now under threat from China’s vast new array of missiles.

Throughout the history of carrier aviation, it has been said that the first thing a President asks during times of crisis is: “Where is the nearest aircraft carrier?” The U.S. has had a naval presence, including aircraft carriers, in the northwestern Pacific Ocean for over half a century. Beginning with the defeat of Japan in World War II, the U.S. Navy has treated these waters as their own. It has used its unmatched naval power to implement a rules-based international system oriented toward the promotion and preservation of free trade, freedom of navigation, and the democratic rule of law. This dominance was accelerated in 1972 when the U.S. endorsed China’s return to the family of nations, thereby implicitly leading to China’s acceptance of American military dominance in Asia.

While there have always been Chinese antagonists to American naval dominance in the Pacific, one would find it difficult to argue that American dominance in the region has not led to the most stable and prosperous period of China’s modern history. That said, many proponents of China’s imperial ambitions assert that America’s role in the Pacific is crumbling, as China vows to recast its historic military and political might in the region.

Today, China is especially concerned with the security of its seaborne commerce in the area it calls the Near Seas – the coastal waters that include the Yellow, East China, and South China Seas. As such, China is beginning to implement a strategy to exert increased control over the Near Seas, pushing the U.S. Navy farther and farther east. In doing so, China is launching a profound challenge to the U.S.-led order that has been the backbone of China’s own modern economic success.

American military strategists assert that for the past 20 years China has been expanding its military with a keen focus on investments in its “anti-navy” – a series of warships, silent submarines, and precision missiles specifically designed to prevent the U.S. Navy from operating in large areas in the northwestern Pacific Ocean. As Dennis Blair, a retired U.S. Navy admiral who was the commander of U.S. forces in the Pacific region states: “Ninety per cent of [China’s] time is spent on thinking about new and interesting ways to sink our ships and shoot down our planes.”

Some observers believe China wants its naval capabilities to perform as an anti-access/area-denial (A2/AD) force—a force that can deter U.S. intervention in a conflict in China’s Near Seas region, or at a minimum reduce the effectiveness of intervening U.S. forces. That having been said, China currently does not possess a fully operational aircraft carrier – though it is expected to have one in service by 2015.

The U.S. Pacific Fleet, on the other hand, is the world’s largest fleet command, encompassing 160 million square kilometres and consisting of approximately 200 vessels. Of these, two are aircraft carriers.

The U.S. has not lost an aircraft carrier since the Japanese sank the USS Hornet during the Battle of the Santa Cruz Islands in 1942. Today, the mere thought of an aircraft carrier being vulnerable could be enough to restrict its use, as the loss of a carrier would be an unfathomable psychological defeat to American naval prestige and credibility – akin to a Pearl Harbor or 9/11. These sentiments are beginning to be realized in the Pentagon, as a new concept of fighting wars at sea is taking shape.

AirSea Battle, inspired by the AirLand Battle concept, is an integrated battle doctrine that officially became part of U.S. grand strategy in February 2010. The purpose of this doctrine is to shape U.S. military power in such a way as to better address asymmetrical threats in the northwestern Pacific and Persian Gulf – in other words, China and Iran.

By weakening the U.S. Navy’s presence in the Pacific, China hopes to undermine America’s alliances with other Asian countries, thereby reshaping the balance of power in the region. If U.S. influence does indeed decline, China would be in a position to quietly assume a leadership position in Asia, giving it much greater sway over the rules and practices in the global economy. The future of global security hinges on the floating of two vessels in the Pacific, for if one American aircraft carrier were to be sunk, the balance of power would be dramatically altered.

Jasen Sagman is a Junior Research Fellow at the NATO Council of Canada where he writes as part of the Maritime Nation Program. Currently pursuing a Master of Arts in Global Diplomacy from the University of London, SOAS, he also holds an Honours Bachelor of Arts in Political Science from the University of Toronto. He has previously researched for the Jerusalem Centre for Public Affairs and the Chair of Canada’s House of Commons Standing Committee on Foreign Affairs and International Development.