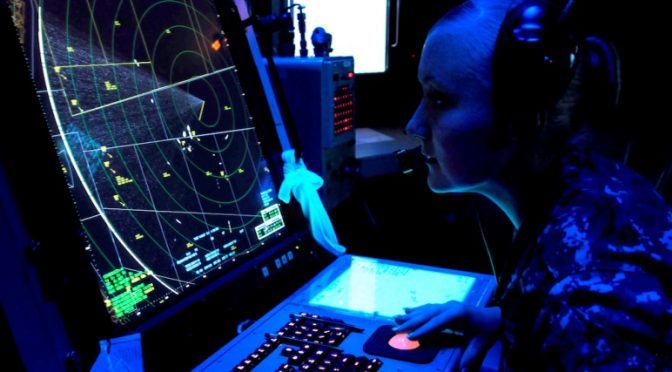 The distributed lethality concept represents a distinct change in Surface Navy operations, one that emphasizes the offense, and one that requires the freedom of action only possible under mission orders. Both place heavy reliance on the Surface Action Group (SAG) having information superior to that of the enemy in order to be hard to find and thus avoid attack and achieve the offensive advantage of surprise. This is enabled in large measure by situational awareness: the warfare commanders’ perception of the tactical situation. It is achieved by the continuous collection, correlation, fusion, assimilation and interpretation of information from force organic systems, and nonorganic national, theater, and Navy systems.

A core element of the distributed lethality concept is that SAG commanders operate under mission orders that allow them the freedom to make tactical decisions, a major change away from the long-standing convention of detailed direction from higher headquarters located ashore or on a CVN with its substantial tactical intelligence decision support capabilities. Consequently, the surface navy has had no driving requirement for the sophisticated Common Tactical Picture (CTP)1 or “plot” capabilities that are now required onboard surface combatants for the situational awareness required for the planning/re-planning, and tactical execution of distributed missions.

Current doctrine regarding the allocation of responsibilities for maintaining the Common Tactical Picture CTP or “plot” is fragmented. In accordance with NWP 3-56, Composite Warfare Doctrine, the Surface Warfare Commander (SUWC), ASW Commander (ASWC), and Air Defense Commander (ADC) are responsible for using all available information to maintain a complete geographic plot for their respective warfare areas. NWP 3-56 also assigns to the Information Operations Warfare Commander (IWC2) responsibility for integrating real time Electronic Surveillance (ES) contact reports with indications,3 and warning4 information. NWP 3-13, Information Operations, assigns the IWC responsibility for achieving and maintaining information superiority; establishing and maintaining the CTP through spectrum awareness; and, for integrating real-time ES contact reports with indications and warning information. Further, NWP 3-56 assigns a Common Tactical Picture Manager (CTPM) responsibility for establishing, maintaining, assuring quality of, and disseminating the fused all-source GENSER CTP. NWP 2-01, Intelligence Support to Naval Operations, describes a concept in which the principal role of intelligence in support of warfare commanders is to characterize the threat and classify all threat targets that may enter the detection range of U.S. or coalition naval forces. It states: “Intelligence correlates and fuses all source data, including intentions, to determine the threat, threat direction, and operational characteristics of the threat platform before the threat platform is detected by own forces.” It further states: “Operational and tactical intelligence support is designed to detect, classify, target, and engage all hostile subsurface threats before they reach maximum effective weapons release range.”

When viewed together, NWP 3-56, NWP 3-13, and NWP 2-01 suggest that the Navy needs a concept and coherent allocation of responsibilities for developing and maintaining the CTP, especially as it applies to a SAG operating in EMCON while executing mission orders.

Changes to current Navy doctrine to accommodate the concept of distributed lethality will be driven by at least two factors. First, to achieve the surprise that is essential for distributed lethality mission success, the SAG will have to operate in RF silence to deny the enemy the opportunity to detect the force with passive RF sensors, one of the primary methods for surveillance of large areas to gain initial location and classification of detected units. All communications to the SAG from supporting entities will have to be routed to and disseminated via narrow and wideband satellite broadcasts such as CIBS-M and GBS. In effect, the SAG gets all the shore support while remaining hard to find thereby minimizing risk of attack.

Second, the surface navy will have to develop and field intra-SAG communications that are sufficient to command and control the force and maintain the CTP but covert enough to minimize the probability of detection and location by the enemy.

Third, surface combatants have neither the space nor the systems to support the large intelligence presence such as that found on a CVN or other big deck. This suggests that when in EMCON, the SAG will be more heavily dependent on tactical intelligence provided from shore. Some sensor information such as combat information5 cannot be processed ashore into tactical intelligence in time to meet SAG requirements. Therefore, SAG combatants will require dramatically improved capabilities for automatically integrating tactical intelligence, combat information, and organic force sensor information. Given the criticality of time in tactical decision making, automated information correlation and fusion capabilities are essential. However, their output is never perfect or complete so the crew will have to have the skills, knowledge, and abilities to analyze and resolve ambiguities and conflicts.

Distributed lethality depends on being hard to find and securing the element of surprise enabled by superior situational awareness. With the adoption of the distributed lethality concept, it is essential that the concept and doctrine for establishing and maintaining the CTP be reviewed and optimized to assure warfare commanders enjoy the tactical advantage of decision superiority over an adversary. The clear assignment to the shore intelligence structure of responsibility for the accuracy, completeness, and timeliness of tactical intelligence support to the SAG would result in renewed focus on tactical requirements and renewed appreciation of the critical importance of the clock at the tactical level. Moreover, it would drive a new hard- edged fleet focus on the ability of shore-based tactical intelligence support elements to provide this mission-essential support. The clarification of responsibilities onboard ship for maintaining the CTP would serve to focus attention on the ability of those responsible to maintain situation awareness that comports with the realities of the operating environment. As shortfalls and opportunities are identified, the fleet would refine its requirements for the manning, training, and equipping of surface combatants to achieve the information superiority that is the key to mission success.

As stated by VADM Rowden in the January 2017 Proceedings: “The force we send forward to control the seas must be powerful, hard to find, hard to kill, and lethal. These are the bedrock tenets of distributed lethality…” The concept has gained wide support in the surface navy and is being adopted as a broader Navy operating concept. Rapid progress is being made by the surface navy under the leadership of the surface warfare Type Commands and OPNAV N96. Changes to doctrine to accommodate command control of operations on mission orders are being investigated. Surface forces are being up-gunned to be more lethal. Surface Warfare Officers are being trained and developed as warfare experts for air, surface, and ASW at the Naval Surface and Mine Warfighting Development Center. This beehive of activity is resulting in rapid progress in all warfare areas except for Information Operations.

Progress in this fourth foundational warfare area remains in limbo, owed in large measure to unaddressed OPNAV and Type Command organizational relationships and responsibilities for manning, training, readiness, equipping and modernization of the fleet for the planning and conduct of Information Operations. In the absence of progress in this warfare area the success of the distributed lethality is at risk against any near-peer nation with a sophisticated ISR capability.

3. Indications — In intelligence usage, information in various degrees of evaluation, all of which bear on the intention of a potential enemy to adopt or reject a course of action. (JP 1-02)

5. Combat Information — Unevaluated data, gathered by or provided directly to the tactical commander which, due to its highly perishable nature or the criticality of the situation, cannot be processed into tactical intelligence in time to satisfy the user’s tactical intelligence requirements. (JP 2-01)