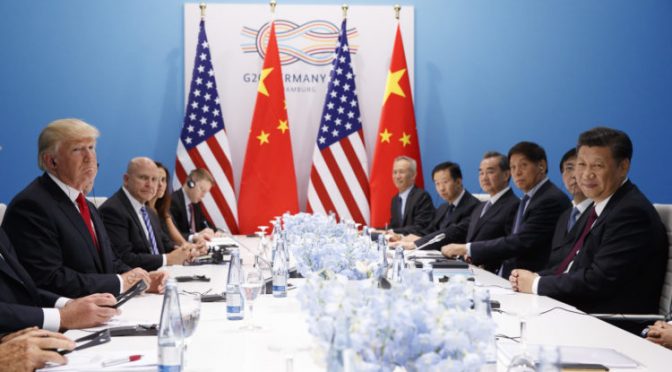 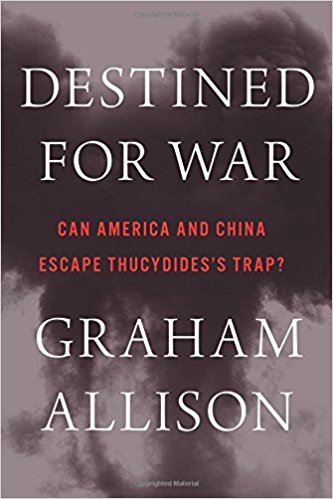 The “Thucydides Trap” refers to the line in Thucydides’s History of the Peloponnesian War which states “it was the rise of Athens, and the fear that this inspired in Sparta, that made war inevitable,” and the application of this insight, that rising powers can easily come into conflict with established powers, to present-day relations between the United States and China. Graham Allison’s book, Destined for War: Can America and China Escape Thucydides’s Trap, is instructive about the nature of this challenge for policymakers and strategists and lays out what options are available to avoid conflict. But value of the book’s contribution to advancing the discussion reflects the challenging nature of the subject it covers and leaves the reader still in search of answers.

The Thucydides Trap is at the same time one of the most-discussed and the most not-discussed-enough topics among scholars, journalists, and practitioners of international relations. On the one hand, new developments in South China Sea territorial disputes consistently make headlines around the world, with the Obama Administration’s “pivot to Asia” often discussed and critiqued in the same settings. Comparisons between the contemporary United States-China relationship and historical relations between, for example, pre-WWI Great Britain and Germany are hard to miss in magazines and books that examine issues of national security. Allison did much to further this discussion with his 2015 Atlantic article on the Thucydides Trap. On the other hand, some argue that the United States’ reaction to China’s rise lacks a clear direction and that regional tensions in the Middle East and Eastern Europe are taking policymakers’ attention away from East Asia.

Destined for War restates much of the previous discussion about China, the United States, and the dynamics of relative power that led potential rivals to go to war in the past. As such, it is a good overview of the current state of discussion, and one that is remarkably in-depth without being daunting to a reader who is not already familiar with the subject matter. Allison presents an impeccably well-researched history of the lead-up to WWI as well as the Thucydidean relationship between the United States and Great Britain at the beginning of the Twentieth Century. Furthermore, Allison ably depicts the current relationship between the United States and China, with particular attention to statistics showing that China has already surpassed the United States in many meaningful measures of economic power. The strength of the book, alongside Allison’s painstaking research, is its presentation of the historical record and economic statistics in a readable way.

But while the book is an excellent introduction for those who are not already up-to-speed on the present and potential state of relations between the United States and China, it will likely leave the reader wanting more. He does not firmly answer the question of what can be done about it. Allison himself admits that the Thucydides Trap is too monumental to have an easy solution, that proposing such a solution “would demonstrate only one thing: failure to understand the essence of the dilemma that this book has identified.” He calls for a “multiyear, multiminded effort. It will be no less ambitious than the four-year debate that ran from Kennan’s Long Telegram to Nitze’s NSC-68 to shape what ultimately became America’s Cold War strategy.”

In Allison’s defense, he provides a series of “hints for peace” drawn from previous “Thucydides Trap” international relationships and gives several approaches that the United States can take to either confront or accommodate China’s rise. This shows the potential of Destined for War – had these lessons from history and potential avenues for future discussion been the focus of the book, it would surely have been a strong start to the discussion that Allison calls for.

Instead, despite ably presenting the current state of discussion about the Thucydides Trap, Destined for War does little to further that discussion. The book’s “Big Idea,” Allison says, is “in a phrase, Thucydides’s Trap. When a rising power threatens to displace a ruling power, alarm bells should sound: danger ahead.” This is neither groundbreaking nor controversial. History is replete with examples of such conflicts, and political scientists account for them in their theories of why wars happen. Indeed, Destined for War is by no means the first book to introduce this idea, and Allison himself stated it much more concisely in the Atlantic article.

Allison is right – America needs a sustained, honest, and focused discussion about how to react to the fact that China is rising and will rival the United States for hegemony in East Asia sooner rather than later. It is disappointing that Destined for War was a yet another call for such discussion, rather than a start to it.

David Hervey is a senior at Emory University, studying Political Science and Economics. He is writing his senior thesis on The History of the Peloponnesian War.