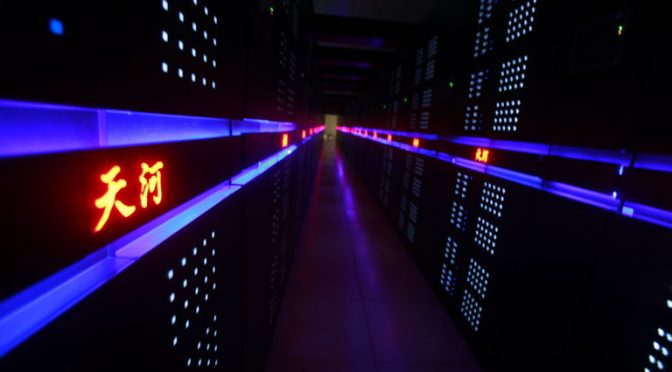 Part 1 of this two ­part series explored the cross-domain nexus between the maritime, space, and cyberspace global commons by examining the latest Chinese white paper and strategies. Repeated refrains included the Chinese Dream (national rejuvenation); global interests, peace and development, security, and the development of national laws to advance China’s national interests in the three contested battlespaces. Special emphasis was given to the contentious concept of cyberspace sovereignty in support of national security and social stability. With this backdrop, Part 2 will now derive possibly connected strategic themes that cut across the interlinked global commons and discuss how the United States could best respond.

Chinese Manifest Destiny. Chinese strategists have long called for a comprehensive and enduring set of strategies to better integrate and synchronize the multiple strategic lines of effort in furtherance of national goals (ambitions) and as part of a grand strategy for regional preeminence, and perhaps ultimately global preeminence. China’s dream of national rejuvenation may be the answer to their calling. The prevailing leadership’s sentiment appears now expansionist and revisionist. The time has come for Beijing to finally abandon the long-standing state policy of “hide capabilities and bide time” championed by the iconic former President Deng Xiaoping; right a perceived historical wrong; put behind the painful humiliation of the past; and assume its rightful place on the world stage as a destined global power. China is unquestionably a confident economic juggernaut and rising global power, able to manifest its own national destiny – the Chinese Dream – and dictate increasing power and influence across the contested and interlinked global commons in support of national rejuvenation.

Global Commons Sovereignty (Economic Prosperity vs National Security). Beijing’s maritime activities are driven by its strategic vision of the ocean as “blue economic space and blue territory” crucial for its national development, security, and status. China seems to regard space and cyberspace very much in the same manner in terms of economic potential (value) and sovereign territory that requires developing and defending respectively. For now, there appears more policy clarity, guidance, and direction for sovereignty in cyberspace, while space sovereignty seems more fluid and may still be evolving policy-wise. Nevertheless, Beijing still needs to balance two competing national priorities – developing the domain economy (economic prosperity) and defending domain rights and interests (national security) – in all three contested and interlinked global commons. Many anticipate the initial emphasis will be on the economy since it is an enduring asymmetric counterbalance to the preeminent United States. The rationale calculus is simple for Beijing. Why would China opt to directly confront a militarily and economically stronger United States now when it can subtly and quietly undermine American preeminence through lasting economic partnerships and enduring political agreements (bilateral preferably and multilateral when necessary)? Beijing can always recalibrate later based on the fluid strategic conditions and confront Washington more directly and forcibly when opportunities arise, or if and when the balance of power shifts more in its favor.

Shaping Law to Support Strategy. Last year, China announced its intent to create new domestic maritime laws in support of its evolving maritime strategy. These developing domestic maritime laws bear watching as a possible harbinger for the other contested and interlinked global commons of space and cyberspace and as an attempt to right a perceived historical wrong. The former is part of a continuing effort to set the terms for international legal disputes that Beijing expects will grow as its domain reach expands; the latter reflects China feeling disadvantaged (and taken advantage of) by a Western-dominated system of international laws established when it was weak as a nation and had little say in its formulation. In general, the broad legal approach makes a lot of legal, political, and military sense from Beijing’s perspective. China wants to set the enabling conditions for its future strategies across the contested and interlinked global commons in terms of implementation and sustainment. Beijing seeks to expand its domain borders through buffer zones. It will buttress and justify with legal underpinnings its growing domain presence and operations and also exert greater control within those buffer zones. China seeks to eventually shape international laws and norms (and develop accompanying domestic laws) to be more equitable and complementary to its national interests.

Maintain Preeminence. Just as maritime preeminence is necessary to guarantee the freedom of the seas, so too are space and cyberspace preeminence needed to guarantee the freedoms of space and cyberspace. By committing to preeminence in all three contested and interlinked global commons, the United States will better protect its critical strengths; enhance its deterrence posture by being able to impose larger costs, deny greater benefits, and encourage more restraint, and reverse the growing perception of American decline. Having complementary domain policies and strategies fosters unity of effort, optimizes resource allocation, sends a strong deterrent message to potential adversaries, and reassures allies and partners. To do otherwise invites strategic misalignment and miscommunication and encourages potential competitors like China to further advance their counter-balancing efforts in the maritime, space, and cyberspace global commons.

Protect the Global Commons. Now is not the time to cede territory in the contested and interlinked global commons of maritime, space, and cyberspace. China pursues very broad, long-term, and synchronized domain policies and strategies, and may view any perceived U.S. force posture reduction as another opportunity to reset the international accepted norms in its favor. Reduction may also increase Beijing’s confidence in its ability to shape and influence Washington’s decisions and encourage China to press the United States for additional domain concessions in return for vague and passing promises of restraint while it quietly and steadily expands and strengthens its positions in the global commons.

Dominate the Narrative. To compete with Beijing short of conflict, Washington needs to reframe the narrative that China dominates with accusations of containment. The United States could be more proactive and seize the messaging initiative like it does in the maritime domain. Former Secretary of Defense Carter hit the right resonance notes during the Shangri La Dialogue in June and in the November/December 2016 edition of Foreign Affairs with his gentle reminders to the region of America’s traditional role as the principal underwriter of maritime security, political stability, and economic prosperity in the Indo-Asia-Pacific; warning China not to build a “Great Wall of self-isolation”; and using the catchall concept of “principled security network of alliances and partnerships” to outline a vision that the United States has long sought to describe. The same needs to be done in the contested and interlinked global commons of space and cyberspace. The “balancing” message needs to be reiterated at every opportunity and at the highest level, and synchronized throughout the whole-of-government and with allies and partners. There can be no U.S. policy seams or diplomatic space for Beijing to exploit. In short, acknowledge that both countries have competing visions and encourage China to act as (or become) a more responsible global stakeholder that contributes positively to the international system.

Seize the Initiative. The maritime strategy and accompanying domestic maritime laws are coming, but China has not said when. The same can be largely said in the space and cyberspace global commons. Hence, Washington could privately and publicly ask Beijing now for discussions and briefings on its developing domain strategies and laws; challenge vague or problematic content and context, such as how the security and economic pieces fit together, and inquire how they comport with international law and rule of law, and if they do not, why not. Otherwise, silence concedes the strategic initiative to Beijing and allows it to control the strategic narrative.

At the end of the day, the strategic window of opportunity to shape and influence Beijing’s developing domain strategies may soon close for Washington. To China, U.S. inaction implies tacit acknowledgement and consent to execute its domain strategies and strategic ambitions unhindered and unchallenged. At stake is nothing less than U.S. preeminence in the contested and interlinked global commons of maritime, space, and cyberspace, and ultimately as a global power. For decline is a deliberate choice, not an imposed reality.

Featured Image: The Tianhe-2 Chinese supercomputer at the National University of Defense Technology in Changsha. (Zhao Zilong/Imaginechina, via Associated Press)