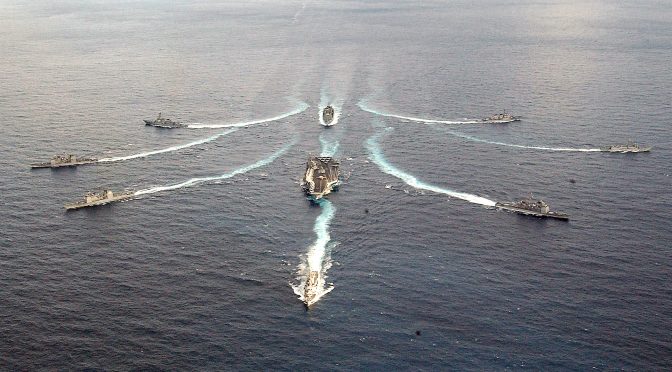 The U.S. Navy is pursuing a new Distributed Maritime Operations (DMO) concept that will help redefine how the Navy fights and operates. This major operating concept will soon play a significant role in how the Navy organizes its future force development. This important line of effort was highlighted in the Chief of Naval Operations’ recently released Design For Maintaining Maritime Superiority 2.0:

“Continue to mature the Distributed Maritime Operations (DMO) concept and key supporting concepts. Design the Large Scale Exercise (LSE) 2020 to test the effectiveness of DMO. LSE 2020 must include a plan to incorporate feedback and advance concepts in follow-on wargames, experiments, and exercises, and demonstrate significant advances in subsequent LSE events.”

CIMSEC invites authors to discuss the Distributed Maritime Operations concept and what it means for the future of naval power. What will it take to make this vision come alive? What new strategies and operational approaches could this concept enable? Authors are invited to discuss these questions and more as the U.S. Navy seeks to orient itself around this new concept.

For related reading on distributed naval power, check out below the two topics weeks CIMSEC previously launched in partnership with the Navy’s Distributed Lethality Task Force.