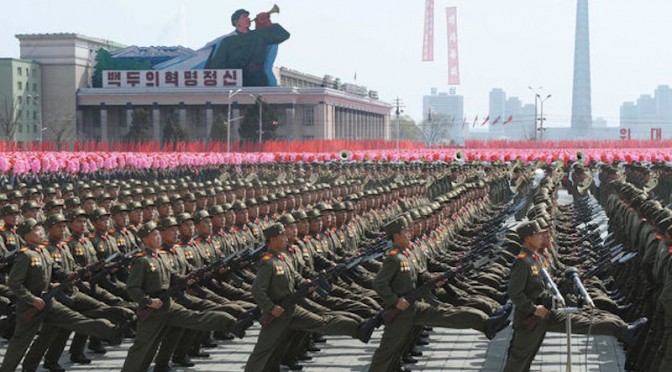 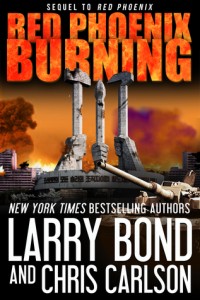 When it comes to the techno-thriller, most defense wonks reminisce about older titles from authors such as Tom Clancy, Dale Brown, and Stephen Coonts as the genre has moved away from its roots. So when I discovered that techno-thriller extraordinaire Larry Bond (read CIMSEC interview the authors here) planned to publish a sequel to his classic novel Red Phoenix on a large-scale Korea war co-authored with Chris Carlson, I immediately became excited.

For readers new to Bond, Red Phoenix was his second book, following his collaborative effort with Clancy on Red Storm Rising. It revolved around a massive conventional war in Korea featuring a North Korea invasion of the South and a desperate counteroffensive by the Republic of Korea (ROK) and her American ally. When I picked up Red Phoenix Burning, I didn’t know what to expect. Would it just be a third massive conventional Korean conflict with even more explosions than its predecessor? It turns out that I was only right about the explosions.

Red Phoenix Burning takes place in the modern day featuring the notorious Kim Jong-Un regime in power. Even though the Kim regime was removed in Red Phoenix after the ceasefire brokered by Beijing, Bond and Carlson explain how Chinese displeasure with Seoul’s growth and American alignment triggered them to put Kim Jong-Un in power in order to maintain a balanced Korean Peninsula. This, combined with a US administration focused on more pressing conflicts in the Middle East, effectively creates a 2016 geo-political feel.

Keeping with what’s believable, Red Phoenix Burning does not open with another massive invasion of South Korea by Pyongyang. Rather, Bond and Carlson focus on the stability (or to others, instability) of the North Korean regime. After an assassination attempt eliminates much of Kim’s inside circle (who is shortly finished off afterwards in a brutal manner), civil war emerges in North Korea featuring three sides: loyalists to the Kim regime, the Korean People’s Army (KPA), and Workers’ Party of Korea (WPK). The obvious loser: the people of North Korea.

The way Bond and Carlson set up and present this three-sided civil war is one of the most interesting aspects of the novel. To many, including this reviewer, the Hermit Kingdom’s secrecy and propaganda make it hard for normal observers to identify the different power structures driving the Kim regime. The authors of Red Phoenix Burning fill this gap and provide a tremendous amount of insight as they describe the strengths and weaknesses of the three factions. One would expect for the KPA to easily sweep control with its military resources, but the WPK’s numbers and extensive involvement throughout North Korean society make them a formidable opponent. Loyalists to the Kim regime are nearly just as threatening due to their access to the state’s chemical and nuclear weapons of mass destruction (WMD). As a result, clashes endure, only creating more causalities and a worsening humanitarian catastrophe.

Meanwhile, less than a couple hundred miles to the south, South Korea is trying to determine not only what is going on, but what they should do. At first, Seoul launches a couple of thrilling special operations forces reconnaissance missions into North Korea, but eventually decides to initiate a full scale invasion to achieve something very close to the hearts of the Korean people: reunification. As North Korean forces are bogged down in a civil war, the South Korean military is able to push north quickly and easily outmaneuver what remnants of the KPA try to defend their territory. Seoul’s American ally provides limited intelligence and humanitarian support as movement north of the demilitarized zone (DMZ) would trigger Chinese military intervention.

Nevertheless, the prospect of bordering a unified Korea led by Seoul and the uncertainty surrounding the former Kim regime’s WMDs force the Chinese to intervene. Like the South Koreans, the PRC’s military invasion faces minimal resistance and turns into a race to seize as much territory as possible. The US is forced to react and begins pressuring Chinese interests in both the Yellow Sea and South China Sea, but is hesitant to escalate the conflict and potentially start a third world war. Without revealing the ending—what’s left of the KPA command recognizes that a Chinese occupation would ultimately prevent reunification and attempts to reach a ceasefire with the WPK in order to ally with the ROK. More importantly, the firing of SCUD missiles by Kim loyalists reminds all factions of the risks of North Korea’s scattered and destructive WMD arsenal.

As the aforementioned plot illustrates, Bond and Carlson do an excellent job with creating a believable geopolitical environment. Their defense expertise, wargaming experience, and extensive research allows them to color in well-written military engagements—most notably the urban assault on Pyongyang. But unlike some of Bond’s previous titles that revolved around epic conventional conflicts (such as Vortex—this reviewer’s personal favorite), Red Phoenix Burning is not a novel purely focused on the military dimension of another flashpoint crisis-turned-war. Rather, Bond and Carlson place a greater emphasis on political factors such as US-PRC relations, the ramifications of a North Korean humanitarian crisis, America’s reluctance to dive into a Korean crisis due to more pressing Middle East engagements, and how the world’s superpowers treat North Korea’s WMDs.  Although this entails fewer scenes featuring first person accounts of tank battles and naval engagements, it creates a more plausible environment that readers can buy into and envision as a potential future scenario for the Korean peninsula.  Even though Red Phoenix Burning features less battlefield action than some of Bond’s previous novels, it demonstrates how fiction can better help us understand the most significant geopolitical ramifications of the collapse of the Hermit Kingdom.

Although readers might have appreciated some maps accompanying the military engagements, Red Phoenix Burning is a solid book for defense professionals eager for some fiction, and a must for those interested in the Korean Peninsula. For readers, Red Phoenix Burning will keep you entertained while feeding your intellectual curiosity.

Bret Perry is a graduate of the Edmund A. Walsh School of Foreign Service at Georgetown University. The comments and questions above are those of the author alone and are presented in his personal capacity. They do not necessarily reflect those of any organization.