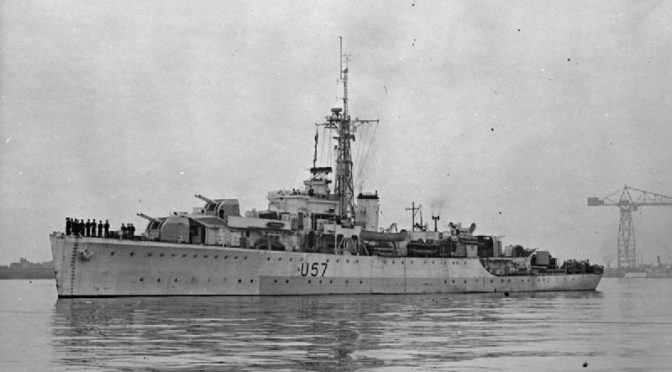 By B. A. Friedman

As the Navy examines its options for the Future Surface Combatant (FSC) family of ships, the large surface combatant will most likely get the most attention and effort. However, the center of gravity will more than likely be the small surface combatant. The smaller craft will be of more importance because the Navy has let its small surface combatant fleet dwindle in recent decades, and the craft chosen will be the ship to restore the fleet’s balance. Despite a rich history with small combatants, the Navy will have to dredge up a lot of moldy institutional knowledge and begin applying it to the future operating environment.

There are a number of assessments of the future operating environment, including Joint Operating Environment 2035, A Cooperative Strategy for 21st Century Seapower, and the recent Marine Corps Operating Concept. All of these documents correctly identify an operating environment characterized by pervasive surveillance and threat detection in the visual and electromagnetic spectrums, leading to a trend of small, dispersed, distributed combat units that depend on speed and stealth to survive and operate on the battlefield. The trends identified in these documents apply at sea as well as on land.

Fortunately, our allies have already been examining the use of small combatants in current and future fights. The most compelling concept is the Black Swan Concept, proposed by the United Kingdom Ministry of Defense in 2012. It’s a modernized idea that traces its roots back to the Royal Navy and Royal Indian Navy Black Swan ships that served as convoy escorts in World War II. It’s built around a hypothetical Black Swan-class sloop of war ship, displacing 3,150 tons (larger than an Independence-class LCS, but smaller than a Freedom-class LCS).

The main difference between the Black Swan and the LCS, however, is its berthing spaces and its stern ramp. This would allow the Black Swan to embark a squad-to-platoon size unit of Royal Marines while still boasting a flight deck, a directed energy weapon system, a 30mm cannon, a side access port for boats, and storage space. The Black Swan was planned to be crewed by eight sailors, leaving room for 32-60 embarked personnel depending on configuration. Individually, each Black Swan ship would be extremely flexible and useful but, importantly, flotillas of multiple Black Swan vessels could be scaled to mission, with each individual ship configured for its specific purpose whether it acted as an unmanned system “mothership,” weapon system platform, or expeditionary platform. While budget restraints prevented the UK from investing in the program, the idea itself remains sound. Now that the U.S. Navy is looking at small combatant craft, what would an American version of Black Swan look like?

The center of gravity of the Black Swan concept is the inherent flexibility of the platforms themselves. By marrying a ramp, flight deck, weapon platform, and embarked Marines in one vessel, the small combatant craft can accomplish a dizzying array of mission sets. Moreover, small combatant craft are more difficult to detect (both through visual and electromagnetic methods) and can be purchased in greater numbers, inherently complicating adversary targeting systems and processes.

Firstly, an American Black Swan would greatly contribute to increasing the Navy’s offensive capability through distributed lethality. Whether the weapon system married to the ship is a directed energy weapon like the Laser Weapon System (LaWS), a Vertical Launch System (VLS), the Phalanx Close-In Weapon System (CIWS), or an anti-aircraft system, these ships would provide fleet commanders with more options for offense and defense against a wide range of threats.

An American Black Swan would also enhance and expand options for amphibious operations. Future amphibious assaults will in no way resemble those of previous generations; small combatant craft will be useful for disembarking Marine squads and platoons at dispersed points, depending on speed and stealth to avoid detection and land where the enemy has no presence. Commanders tasked with one of the other four types of amphibious operation – raids, demonstrations, withdrawals, and amphibious support to other operations – will also find such a vessel useful. The ship could meet up with amphibious warships at sea, allowing the larger amphibious ships to stay out of the range of shore-based missiles until Marine raids – launched via the small combatant craft – are able to address the threat. In essence, an American Black Swan would allow the Marine Corps to match the Navy’s distributed lethality with distributed maneuver at sea. Perhaps most importantly, by putting more Marines at sea, a small combatant craft like the Black Swan will allow Navy commanders to better leverage Marine Corps capabilities to gain, assert, and assure sea control.

Additionally, there is no question that unmanned systems – air, land, sea, and undersea – are becoming more important. For now, only the Navy’s biggest ships boast significant unmanned capabilities. Increasingly, the Navy will need smaller platforms able to launch a wide range of unmanned systems, from counter-mine systems to hydrographic survey drones, to the already ubiquitous intelligence, surveillance, and reconnaissance unmanned aerial systems. An American Black Swan would provide far more bang for the buck, able to deploy a wide variety of unmanned systems in situations where employing a large surface combatant or capital ship would be too risky or overly expensive.

The benefits to the Navy and the Marine Corps are one thing, but the Special Operations Community also has an interest in an American Black Swan capability. The ships would especially shine during support to special operations missions ashore, providing a secure platform, fire support, staged Quick Reaction Forces (QRF), insertion/ extraction, or logistics depending on mission requirements.

Lastly, small combatant craft designed to put the Marine Corps’ small units and their enablers at sea will bring junior Marine Corps officers and the Navy officers assigned as crew into more contact at early points in their careers, enhancing the integration of both services. The ship would also increase the opportunities for junior officers to get important and independent commands earlier in their careers, leading eventually to senior officers with more experience.

The small combatant is just one aspect of the Future Surface Combatant effort but, given that the Navy is already well-equipped with large combatants, it may be the most important. Warfare trends at sea, just like those on land, point towards greater dispersion of small-units that concentrate when necessary. Modern concept documents reflect this. Even so, the Black Swan concept does not clash with older concepts; it would increase Navy/Marine Corps capabilities for Operational Maneuver From the Sea and Ship-to-Objective Maneuver. The small combatant craft component should be focused on acquiring a vessel that is flexible, self-deployed, tailorable to the mission, and able to be combined into a task-organized flotilla for any situation. The UK’s Black Swan concept is exactly that. The Navy- and the Marine Corps- should take a cue from our friends across the pond to acquire a vessel able to execute it.

Brett A. Friedman is an officer in the United States Marine Corps Reserve. He’s the editor of 21st Century Ellis: Operational Art and Strategic Prophecy and On Tactics: A Theory of Victory in Battle (forthcoming May 2017) from the Naval Institute Press. Brett holds a B.A. in History from The Ohio State University and an M.A. in National Security and Strategic Studies from the U.S. Naval War College. He is a Founding Member of the Military Writers Guild. Follow Brett on Twitter @BA_Friedman.

5 thoughts on “Black Swan: An Option for the Navy’s Future Surface Combatant”