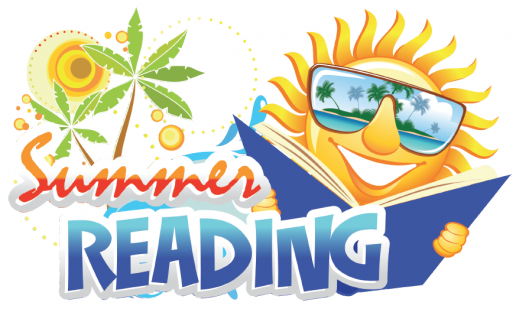 While the very topic of naval intelligence may seem to imply secrecy, there is a substantial literature on the topic available to the general reader. While many of the books below may be well known to many in the field, they remain a useful start for the uninitiated:

Patrick Beesley’s two books about British efforts to collect, analyze, and use intelligence, particularly in support of the fight against German submarine warfare, are the best places to start for anyone interested in the practical application of intelligence at sea. Very Special Intelligence: The Story of the Admiralty’s Operational Intelligence Centre, 1939-1945 discusses the Second World War, while Room 40: British Naval Intelligence 1914-1918 covers the First World War. In both books Beesley contrasts the performance of these organizations during the two wars (the sharing and use of intelligence was much better during the Second World War). The discussion of British Naval Intelligence’s involvement in the famous Zimmermann Telegram and the subsequent U.S. entry into the First World War is fascinating.

Christopher Ford and David Rosenberg’s The Admiral’s Advantage: U.S. Navy Operational Intelligence in World War II and the Cold War is a flawed book, in large part because this slim volume uses the excuse of many of its sources still being classified to justify the general lack of detail and substance devoted to its subject. Having said that, it’s virtually the only source available to a general audience that explains the post-Second World War history of U.S. Navy intelligence. Among the more interesting claims it makes is that the U.S. Navy’s famous Maritime Strategy of the 1980s was directly informed by a detailed understanding of Soviet naval doctrine by American intelligence analysts.

Colonel John Hughes-Wilson’s Military Intelligence Blunders and Cover-Ups features regularly in military and academic courses on intelligence. Discussion of Indications and Warning failures include chapters on Pearl Harbor, the 1973 October/Yom Kippur/Ramadan War, and the Falklands.

“Eddie” Layton and “Joe” Rochefort are two figures considered among the founding heroes of the U.S. Navy’s Intelligence and Information Warfare communities, respectively. Layton (he retired as a Rear Admiral) was the Pacific Fleet’s intelligence officer during the Second World War (both during the Pearl Harbor disaster and the later American victories in the Pacific) while Rochefort led the codebreaking effort that enabled the American victory at Midway. Layton’s autobiography And I was There as well as the recently published biography, Joe Rochefort’s War, offer insight into how a few surface line officers in the inter-war period began to specialize in intelligence-related duties. Of note, both Layton and Rochefort participated in a program that sent them to Japan for several years to learn the language and culture first-hand, an investment that seems to have paid off.

U.S. Naval Intelligence has been one of the many elements of the intelligence community supporting the various aspects of what used to be called the Global War on Terrorism. Mark Bowden is probably the most well-known author covering the special operations world over the fifteen years. While Black Hawk Down is his most famous book, Killing Pablo: The Hunt for the World’s Greatest Outlaw offers another look at the formative years of the current U.S. Special Operations complex and how intelligence is collected and used to target individuals. He’s also written articles for the Atlantic on the 2006 killing of Abu Musab Zarqawi in Iraq, American Special Operations in the Philippines, and counter-drug operations in Colombia.

For those interested in film treatments of intelligence in support of counter-terrorism the obvious choice is probably Zero Dark Thirty. My choice, however, is John Malkovich’s adaptation of Nicholas Shakespeare’s the Dancer Upstairs, a fictionalized depiction of the hunt for Abimael Guzmán, the leader of Peru’s Marxist Sendoro Luminoso Maoist guerrillas in the 1980s and 90s (both the book and film are excellent).

Lieutenant Commander Mark Munson is a Naval Intelligence officer currently serving on the OPNAV staff. He has previously served at Naval Special Warfare Group FOUR, the Office of Naval Intelligence, and onboard USS Essex (LHD 2). The views expressed are solely those of the author and do not reflect the official viewpoints or policies of the Department of Defense or the US Government.

One thought on “A Beginner’s Naval Intelligence Reading List”