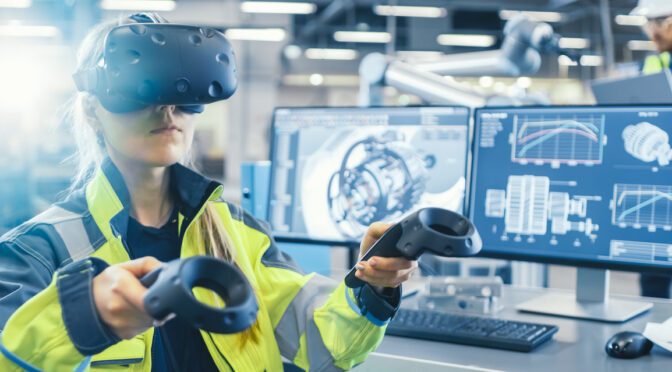 Sea blindness (the tendency toward ignorance of the role and importance of the maritime domain by uninvolved persons) must be carefully considered when planning and implementing measures designed to prevent maritime terrorism and piracy. Governments and security apparatus across the world have dedicated billions to fight against perpetrators of violence, terrorism, and destabilization efforts, collectively known as violent non-state actors (VNSA) on land.1 However, the maritime domain has been relatively overlooked. Efforts to mitigate risk at sea and plan responses are largely limited to the threat posed by piracy within discrete geographical locales. A key factor influencing this is the fact that it is exceptionally difficult to manage the physical space of the maritime domain. There is also the additional struggle to allocate limited resources, such as coastguards or police, especially for states with minimal assets in the maritime domain.2 As a result, VNSAs have exploited sea blindness to their strategic advantage and have been left largely unchallenged by law enforcement agencies.3

Despite the pandemic, 2021 has seen the Gulf of Guinea remain a hotspot for piracy, including a new trend where violence against crew members onboard ships have increased in comparison to previous years. It is becoming increasingly clear that technological advantages in communication and movement by sea may pose a considerable threat to various subcategories of vessels, particularly as the capacity for VNSAs to take advantage of existing shipping channels to their advantage grows. While maritime piracy tends to pose a threat to large cargo ships, terrorism presents a risk to a range of ‘soft’ targets, such as cruise ships, ferries, and yachts, which collectively form the bulk of the leisure industry in the maritime domain. The scale of media attention possible in response to attacks on the leisure industry demonstrates the potential for significant political gain. This, combined with the potential to disrupt the essential logistical work conducted at sea, highlights the need for consistent, reliable, and evidence-based policy and training.

The leisure industry should exploit new training technologies, in particular virtual reality (VR), to prepare maritime crews for terrorist and piracy attacks. Simulated environments have been demonstrated to be effective in facilitating the development of intuitive, implicit, and functional knowledge. The use of VR allows for a flexible learning environment that is not limited by time, cost, and practical constraints. Gamification can be utilized in formative and summative assessment with positive effects on learner satisfaction and outcomes. In the current research a simulated environment, designed in Unity Pro, will be developed to reflect training needs identified by maritime security experts.  The simulation will undergo rigorous testing to inform further refinement to produce a training package that reflects the specific and current requirements of the industry. A flexible design will allow for adaptation according to vessel type, anticipated area of risk, and the fluidity of offence type.

The State of Training

Existing training and guidance aimed at enabling crew members to mount a quick and effective response is arguably inconsistent and limited. Indeed, there may be a lack of agreement regarding the nature of any mitigation efforts or response planning, particularly as there is no one singular means of attack. Drone attack, attempted boarding, threat from radicalized passengers and crew, environmental damage, IEDs, remote weapon assault, and cyber-attack are just some of the diverse areas of concern.4 Already, the frequency of such attacks is worryingly high: in the first three months of 2021, the IMB Piracy Reporting Centre (PRC) reported 38 piracy incidents: 33 vessels boarded, two attempted attacks, two vessels fired upon, and one vessel hijacked.5 Recent incidents demonstrate that areas of risk extend beyond those traditionally known for piracy, prompting calls for comprehensive training in hostile takeover situations for all maritime crew members, not just those navigating the traditional ‘high-risk’ areas such as Somalia.6 7 In 2020, for example, events following the discovery of a group of Nigerian stowaways on board the Nave Andromeda, an oil tanker off the coast of the Isle of Wight in the UK, escalated to a point where the lives of the crew were deemed to be at considerable risk.

Current training in pirate and terrorist response by maritime crew is largely guided by the Best Management Practices for Protection (BMP5) manual; however, the specific procedures and guidance vary widely according to the location and management/flag status of the vessel. Managing the physical space of the maritime domain, securing, and preventing terrorist attacks, and navigating a tangle of dated legal clutter (including the laws of the flag state, international law, exclusive economic zones, and domestic law) is fraught with complications.8

Additional and updated training would be invaluable in reducing the impact of any attempted strike, but the capacity for, and commitment to, such an initiative by cruise and ferry companies may be hampered by the ongoing impact of COVID-19. The global pandemic has hit the tourism industry hard, and the priority of organizations that rely on maritime travel is understandably to get ships back in the water. As such, changes to policy alongside innovative approaches to training are needed to ensure the required buy-in. The use of VR presents a cost- and time-efficient approach to instruction, while also providing the opportunity for interactive learning.9 Standardized, evidence-based training programs would provide a valuable step forward in protecting maritime vessels and their crew from unpredictable events, including terrorist attacks.10

Simulated environments have been utilized for teaching and learning in a range of domains, most notably aviation, medicine, and the military, with undeniably positive results. The scope for the use of VR in andragogy is boundless. Skills and knowledge can be modelled and repeatedly practiced, hard-to-reach situations can be replicated, and a wider range of scenarios can be presented. A simulated environment allows for learning objectives to be demonstrated and practiced with ongoing feedback, enabling learners to experience high risk situations in a safe and replicable virtual space.11 Technological advances, including not only virtual reality, but also augmented reality and 360 immersive videos show considerable promise for facilitating the development of intuitive, implicit, and functional knowledge. The immersive nature of the experience increases learner engagement, improving the transfer of knowledge to the real world.12 With the technology to host VR capabilities becoming more affordable, this is an opportunity to take formidable steps forward to strengthen security and risk management capabilities for an under-developed discipline across the maritime leisure industry.

For cruise ship crew and security staff, pilot work is currently underway in the development and testing of an evidence-based training program. This program has been informed by an in-depth evaluation of existing protocols and discussions with experts in maritime security, training, and industry. Initial feedback and research-based findings show great promise for the development of this approach to tackling real and current threats in the VNSA domain. Nonetheless, to provide a comprehensive response to terrorism, piracy, and the related security issues associated with trafficking, illegal trade, and thievery, this must be located within robust policy development and increased awareness of the national dependence on the accomplished and essential work of the wider maritime industry.

The future of VR has a rightful place in maritime security. Already, the use of VR has been implemented by armies around the world who are able to train in battlefield scenarios and normalize high stress situations, whilst improving a range of fundamental skills from effective communications to critical combat techniques. In the maritime industry, the unexpected and ongoing attacks at sea require a different way of thinking and a different point of view on safety and procedures. Already, maritime simulators have become one of the most advance forms of education across the world. Even the most experienced professionals are regularly trained in such simulators on emergency operations, demonstrating a renewed emphasis on operator training. VR-training software is an efficient and easy alternative to face-to-face training. It increases learner attention, promotes flexibility and accessibility, and results in higher levels of information retention. It also enables measurable training progress indexes. VR presents an invaluable, evidence-based approach to promoting the efficient and effective decision-making required to respond to and minimize the impact of an attempted attack on a maritime target at sea.

Selina Robinson is a Teaching Fellow in Forensic Investigations at the University of Portsmouth. Her areas of research lie with maritime security in cruise ships and the use of XR simulations in education and training. Previous work experience involves counter terrorism and crime scene investigation.

Dr. Amy Meenaghan is a lecturer in Psychology in the School of Criminology and Criminal Justice Studies at the University of Portsmouth. Her background is in the use of virtual reality to understand offender decision making. She is currently working on various VR projects within the field of Criminal Justice, with a focus on optimizing such technologies to benefit education, training and crime prevention initiatives.

Featured Image: An advertisement for VR training applications for the fire, oil and gas, and aviation sectors. (Credit: https://structurus.com/en/vrx)