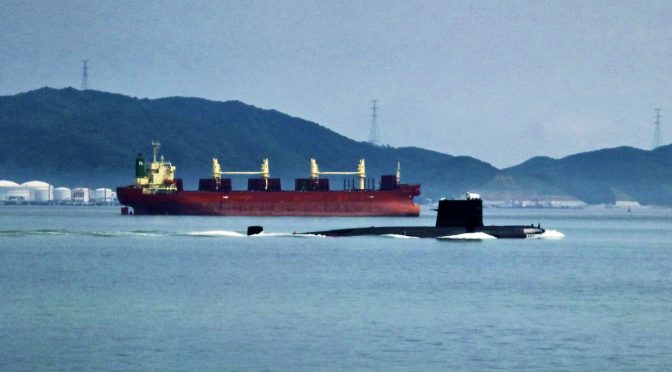 The recently announced Indo-Pacific Outlook by the Association of Southeast Asian Nations (ASEAN) at the 34th Summit indicates the Southeast Asian perspective on the evolving geostrategic environment. Unsurprisingly, ASEAN highlights cooperation, stability, peace, freedom of navigation and other values in the statement. The Outlook, however, leaves a question: how will ASEAN protect these values when diplomatic measures fail?

Under the ASEAN way, it would not be realistic to expect strong words such as those implying the use of force in any official statement, but member countries bordering critical straits could indirectly convey the message by demonstrating relevant defense capabilities. Among a variety of defense capabilities, tracking foreign submarines through enhanced undersea surveillance could be a relevant option.

The major strategic significance of Southeast Asia in the Indo-Pacific region is mostly found in several critical sea lanes where various powers’ military assets travel through channels connecting the two oceans. Under the United Nations Convention on the Law of the Sea (UNCLOS), military vessels and aircraft enjoy the right of innocent passage through these sea routes, whether classified as international straits or archipelagic waters, and coastal countries track these movements. Modern technology makes it feasible for coastal states to readily track foreign military aircraft and surface vessels, a task that is more about safety than security. But tracking submerged submarines is another matter with a much higher barrier to entry.

In the face of complicated hydrographic conditions along with the improving stealth of submarines, there are high requirements for detection in terms of sonars, training, joint operations, and other elements of undersea surveillance. Therefore, successfully tracking submarines requires a high degree of military professionalism and capability. But once successfully tracked and trailed, a submarine receives a clear but private message of deterrence.

This kind of covert deterrence would fit the geopolitical context in Southeast Asia. Firstly, it is generally legitimate for a littoral state to detect underwater entities because submarines should sail on the surface during innocent passage in territorial waters, while a submerged transit is acceptable under UNCLOS in passing sea routes and international straits. But only when a littoral state can identify the locations of foreign submarines transiting underwater can it determine whether UNCLOS is violated or obeyed. In other words, Southeast Asian countries have a sovereign right and legal obligation toward undersea surveillance.

Tracking submerged submarines also presents a credible level of readiness for uncertainty. Overt exercises can be tailored for specific scenarios to prove certain levels of joint operations and other tactical skills, while bilateral and multilateral exercises highlight partnership, alliance, and other interstate security ties. Exercises are often much broader than the single capability of tracking submarines. Exercises, however, are either fully or semi-planned, and tracking foreign submarines is a truly dynamic encounter between two sides without an advance arrangement. Furthermore, Southeast Asian countries already have routinely conducted various bilateral and multilateral exercises with regional and extra-regional counterparts.

Tracking submerged submarines is usually beyond the microscope of conventional and social media, and can avoid the open hostility or other forms of public outcry that often transpire after close encounters between surface vessels. As the detecting side can deny any information on the tracking, publicity of the event would be more controllable compared with open statements or actions. For the country of the tracked submarine, such encounters are usually negative for national pride and military professionalism, so decision-makers would not have much incentive for revealing the encounter.

Improving Hardware and Challenges Ahead

Since the end of the Cold War, Southeast Asian navies, particularly those of Indonesia, Malaysia, and Singapore, have built up their anti-submarine warfare (ASW) capabilities, including through several types of undersea sensors. These three countries have acquired survey vessels to establish their individual hydrographic databases. They have also procured state-of-the-art anti-submarine warfare helicopters such as the Super Lynx, S-70B, and AS-565MBe and deployed them on their respective frigates and corvettes which have towed or hull-mounted sonars. Furthermore, all three navies possess submarines to play the role of targets during training.

Some characteristics impose challenges on the ability of Southeast Asian countries to track submarines. Large areas of territorial waters are natural obstacles for Malaysia and Indonesia. The numbers of maritime survey vessels they have in service are rather small for accumulating and updating their hydrographic data. By the same token, these two countries’ sensors and platforms, including ASW helicopters or ships, are likely not numerous enough to cover their broad territories or responsively deploy to where contacts are found.

Thanks to its tiny size, Singapore’s assets cannot be geographically diluted, but it shares other constraints with its neighbors, including a lack of fixed-wing ASW aircraft. The Indonesian CN-235 and the Singaporean Fokker-50 maritime patrol aircraft (MPA) only have limited ASW capabilities, and Malaysia’s smaller Beech-200 MPAs have no payload space for ASW weapons. Finally, operational experience is another common challenge for these three countries, as they began to introduce their sophisticated ASW assets mainly in the post-Cold War era where opportunity for practice was slim.

Currently, the three navies are on a trajectory of improving their ASW capabilities, such as through the towed sonar arrays found in Malaysia’s upcoming frigates and Indonesia’s plan of building underwater surveillance systems. These efforts would gradually make tracking foreign submarines underwater more feasible in the foreseeable future.

Unlike in the Cold War-era, some Southeast Asian countries, especially these three bordering critical straits, do not have empty arsenals. Although their defense capability is still inferior to most extra-regional powers, some wise and tailored applications of their military assets would support ASEAN agenda’s beyond diplomatic and economic means. Successful tracking foreign submarines would make the ASEAN Outlook more valid in the Indo-Pacific geostrategic landscape.

Shang-su Wu is a research fellow at the S. Rajaratnam School of International Studies (RSIS), Nanyang Technological University in Singapore.